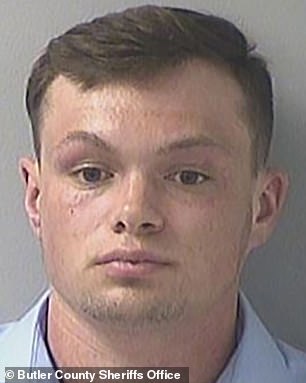 Cameron Bleses Wallace, 21, was arrested on Wednesday in Oxford, Ohio

A college student has been arrested after police said he kept a ‘hit list’ of fraternity brothers, threatened a shooting, and stormed the frat house to choke another member.

Cameron Bleses Wallace, 21, was arrested on Wednesday and charged with aggravated menacing, a first-degree misdemeanor, in the string of incidents at Miami University in Oxford, Ohio.

Wallace, a former member of the Alpha Sigma Phi, became unhinged over another member who may have been romantically involved with his girlfriend, according to an Oxford Police Department complaint reviewed by DailyMail.com.

‘It wasn’t really a jealousy thing, I think that was just the tipping point,’ a friend of both Wallace and the other fraternity members told DailyMail.com.

‘There should be a large emphasis on mental health awareness because I do know he struggled with that, and a lot of [his fraternity brothers] struggled with handling that,’ the source said. 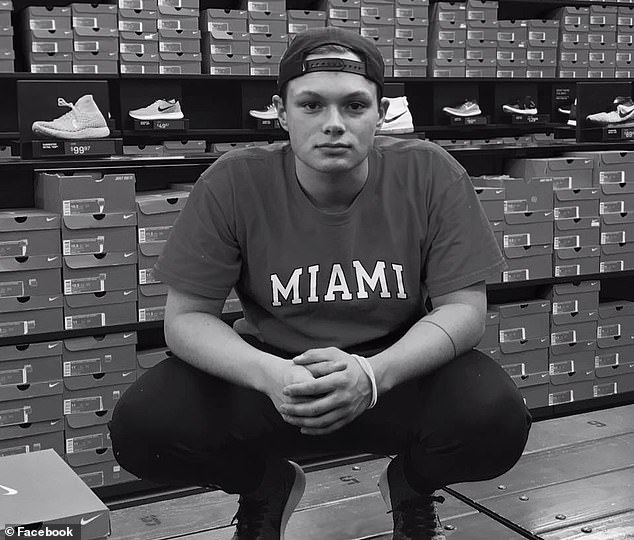 Wallace, seen at his part-time job at a Nike shoe store, became unhinged over another member who may have been romantically involved with his girlfriend, according to police 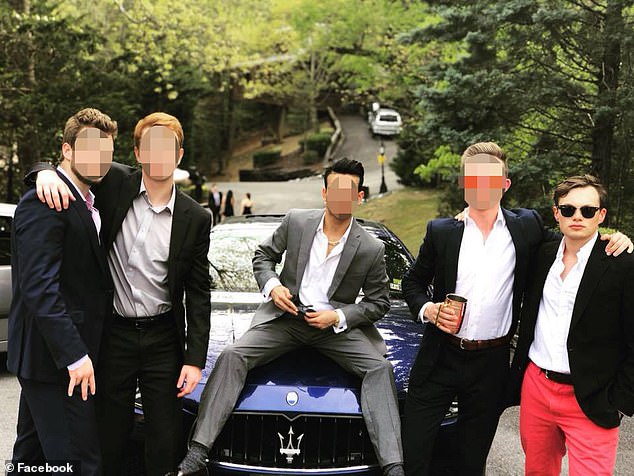 Wallace, far right with friends, was a member of the Alpha Sigma Phi frat at Miami University

At some point, he was suspended from the frat, and began sending text messages indicating he had a ‘hit list’ of his former brothers whom he didn’t like, police said.

‘Wallace also sent texts threatening to burn down the fraternity house,’ according to incident report.

‘The witnesses stated Wallace made threats of revenge against the fraternity if he were to be kicked out and he would make allegations to the university about sexual assaults and hazing,’ the complaint continued.

Though he was no longer living at the fraternity house, Wallace still had the keypad entry code. 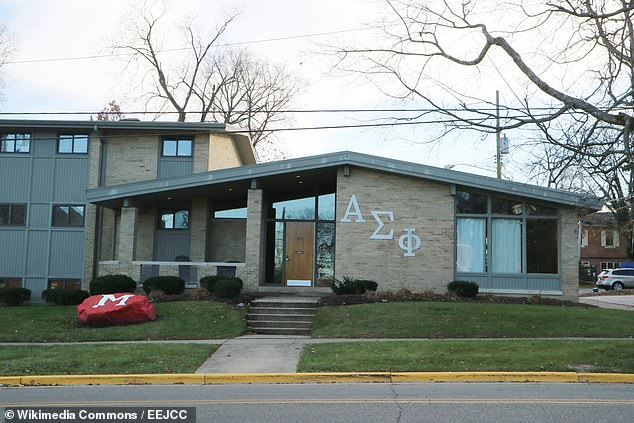 On April 20, witnesses said he stormed in and choked a member until he had to be physically removed from the residence.

Then on April 28, another member told police that Wallace made ‘very specific threats’ toward another fraternity brother, saying that student would be dead unless Wallace could speak with him, according to the incident report.

That member said Wallace texted that he ‘would be safe when he came to shoot up the house,’ the report states.

The fraternity brothers did not know whether Wallace had access to any weapons in order to carry out the threat.

The source knows the parties involved told DailyMail.com that she believes that Wallace would not have carried out the threat.

‘I couldn’t see him doing anything like that at all,’ she said. ‘The way the media has depicted it has been blown out of proportion.’

She said the fraternity members who had reported Wallace to police were a ‘great group of guys’ who had ‘handled it the best that they could.’ 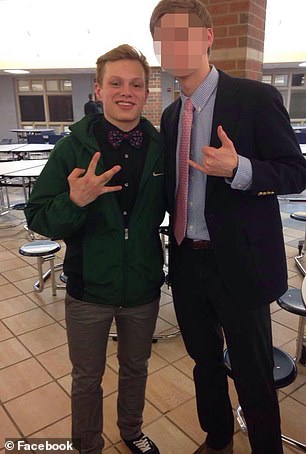 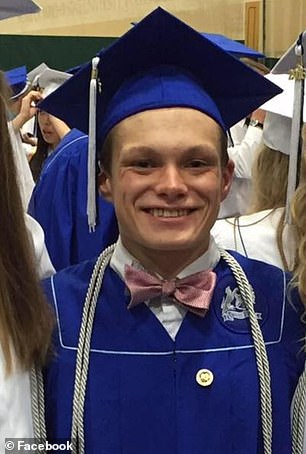 Wallace grew up in Springboro, Ohio. He was charged with aggravated menacing over the string on incidents at his college fraternity

Wallace is a junior studying professional writing, according to the university directory.

He was booked into Butler County Jail on Wednesday but appeared to be free on bond by Friday, according to jail records.

He did not immediately return a message from DailyMail.com.

Miami University is a public research university with 19,000 students.