A mother who had four miscarriages is desperately trying to raise enough money to save her only child, who has leukaemia.

Rebecca and Will Handley, from Norwood in south , are pleading for help to fund treatment for their two-year-old daughter Esme, who was diagnosed with high risk acute myeloid leukaemia in June last year.

After six months of steady recovery, in April they were given the news the leukaemia had returned to Esme’s bone marrow.

They are now trying to raise £500,000 for treatment which may not be available on the , so that Esme ‘can see her third birthday.’ 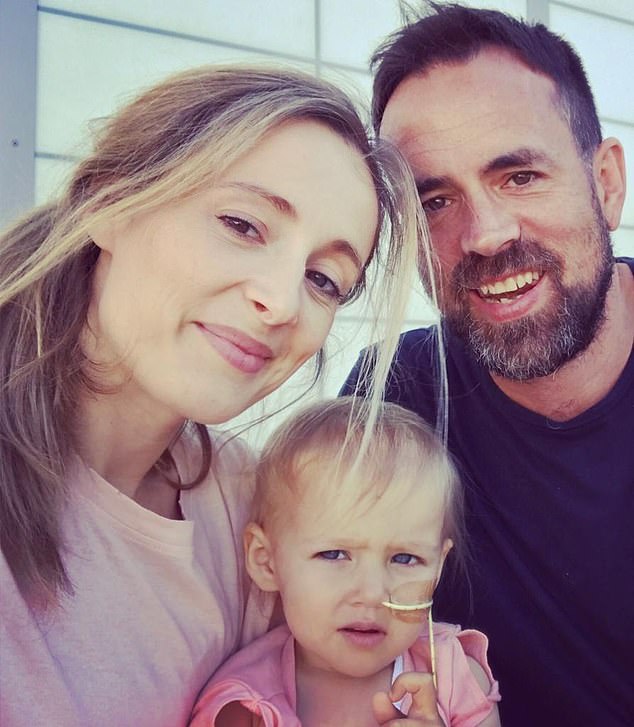 Rebecca and Will Handley are trying to fund treatment for their two-year-old daughter Esme, who has high risk acute myeloid leukaemia 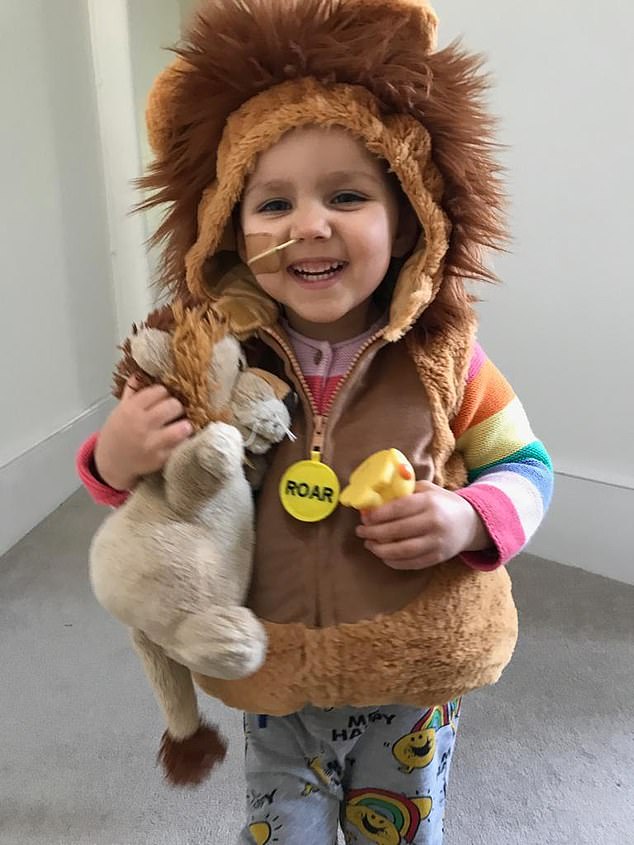 After months of treatment, in April the leukaemia returned to Esme’s bone marrow

Esme, who is now two years and seven months old, was diagnosed on the first day of their holiday to Greece in June, 2018.

Her her parents took her to hospital on the first night of their trip, concerned about bruising she suffered in a fall the day before they flew out.

On his blog documenting Esme’s battle, Mr Handley wrote: ‘In what seems like a different life my wife Rebecca, Esme my 22-month-old daughter. and I flew out to a resort in Thessaloniki, Greece for a much-needed, long-awaited weeks holiday. 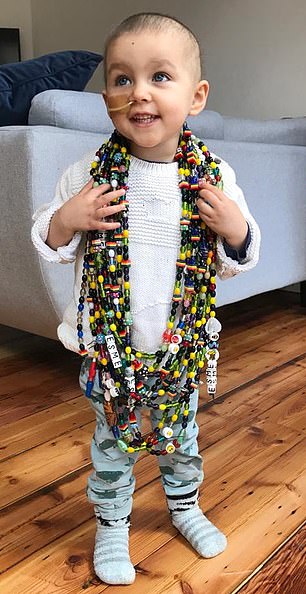 ‘Throughout her treatment Esme has been the epitome of resilience, positivity and cheekiness, and deserves a shot at a permanent cure for life’

‘The day before we flew Esme had taken a tumble and we were becoming alarmed at the disproportionate size of the bruising that followed.

‘In hindsight this followed a pattern of ‘easy bruising’ and on our first night, instead of relaxing over a bottle of wine, we began a Google search that ended in a cold sweat for the both of us.

‘On our second day in Greece we booked a doctor-on-demand Skype call and found ourselves falling through a series of trap doors from the resort doctor’s to blood tests at a regional hospital and the irreversible moment in time we were taken into the office of a Paediatric Consultant and heard the word ‘leukaemia’.

‘We spent our second night in tears and in a Greek hospital with Esme on a drip next to us.

‘On what should have been our third day on holiday we took emergency flights back to London.

‘In my hand luggage I carried a hypodermic needle, an adrenaline shot and an oxygen mask kit given to me in case Esme showed any further reaction to the platelets transfusion she’d been given that morning to be ‘fit to fly’.

The toddler spent five months as an in-patient at the Royal Marsden hospital in Sutton and received a stem cell transplant in September after three rounds of intense chemotherapy. 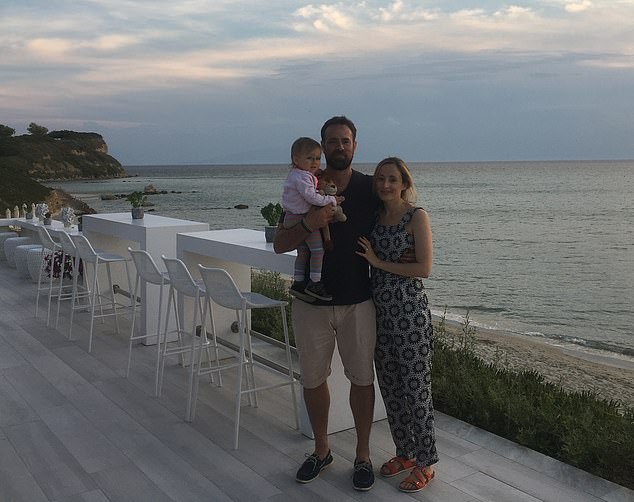 Esme, who is now two years and seven months old, was diagnosed on the first day of their holiday to Greece in June, 2018 (pictured)

Writing on her fundraising page, her parents said in April they ‘heard the news we’ve dreaded; the leukaemia has returned to Esme’s bone marrow.’

Mrs Handley told The Sun: ‘To hear the leukaemia was back, it’s like your whole world has ended.

‘The first time was hard enough but to get that diagnosis, after everything we’ve already gone through and watching her build herself back up, we’re completely crushed.

‘If she goes, I feel like I don’t want to be here either.’

Specialists have advised the couple that Esme’s best chance of survival is a second transplant stem cell transplant as soon as possible.

They are now fundraising to pay for the treatment, which may not be available on the NHS.

They wrote: ‘NHS policy is typically not to offer second transplants to patients who relapse within 12 months, but due to the aggressive nature of her disease, Esme simply may not have that long.

‘In the US and other private centres, second transplants are offered within one year.

‘For her second transplant the plan would be to use an adult (rather than original umbilical cord) donor and manipulate more ‘graft versus host effect’ to eradicate the leukaemia – so there is every hope for a permanent cure.’

The couple said they are ‘desperate to save Esme’s life’ because she is their only child.

They added: ‘Rebecca suffered four miscarriages (and three operations, one which nearly killed her) to bring Esme into the world.

‘Throughout all her treatment Esme has been the epitome of resilience, positivity and cheekiness, and deserves a shot at a permanent cure for life.’ 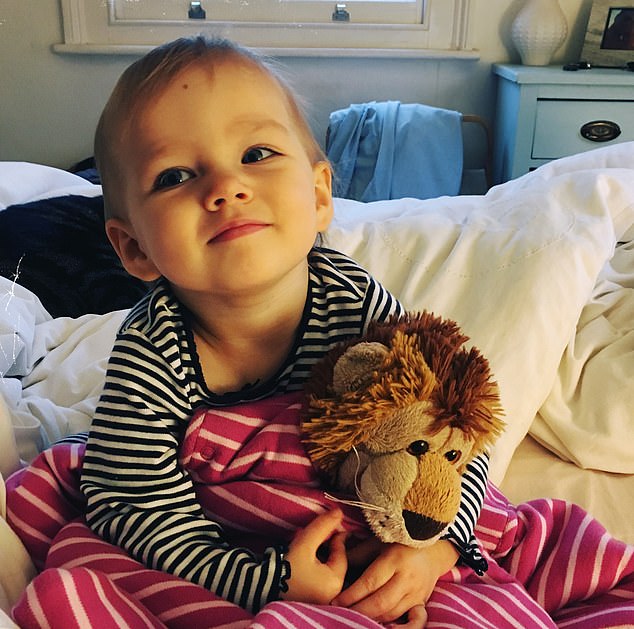 They have set a £500,000 target with any unsent money donated to The Children’s Cancer and Leukaemia Group.