Man of La Mancha is a nest of tables, structurally speaking.

Originally a television play, later musicalised, it imagines a scenario in which Miguel de Cervantes, the Spanish literary giant, is tossed into a dungeon by the Spanish Inquisition and forced to undergo a mock trial.

The writer then defends himself by staging a dramatisation of his Don Quixote story, with himself in the leading role. So think of it as the musical of the teleplay of the book within the play within the fictional courtroom drama.

Undaunted, English National Opera are staging the piece in the West End for the first time in 50 years. And who have they got to belt it out as Cervantes and Don Quixote? Kelsey Grammer, that’s who. Talk about reaching the un-reachable star. 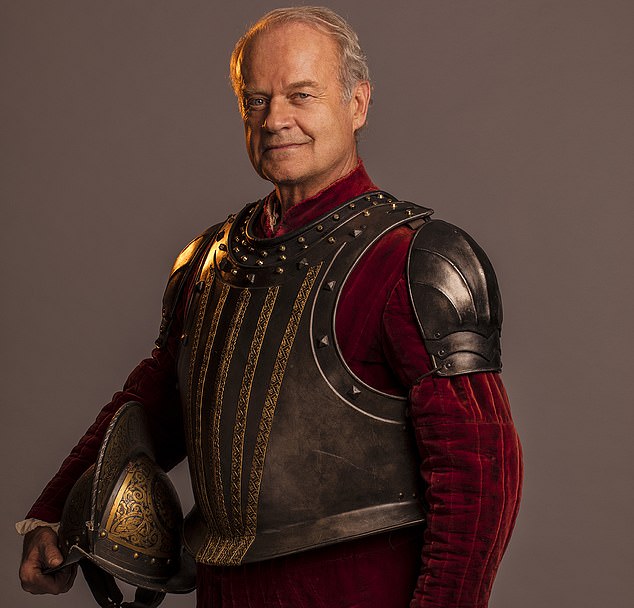 People familiar with the unhinged karaoke flavour of his singing on the theme for Frasier might have worried about how easily Grammer would tap into his inner Pavarotti. Yet he even carries off The Impossible Dream.

Or, as singers through the ages have tended to stress it, The Impos. Sible Dream, snapping the syllables apart with their bare hands and thrusting them in the listener’s face.

Grammer, touchingly, and blessedly, relaxes on it, stopping well short of the full Shirley Bassey. 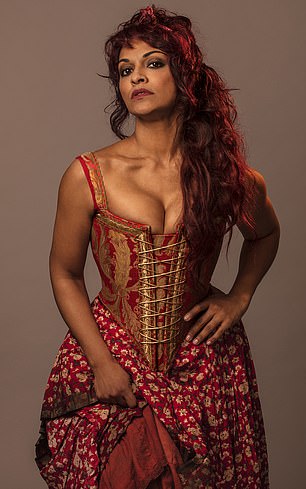 Danielle de Niese is powerful within the confines of the thanklessly clichéd role of Aldonza, the harlot

Also on board is Nicholas Lyndhurst, another actor with intimate experience of the way a much-loved, long-term role in a massively successful sitcom can follow you around the room like an elephant.

But, as he menacingly stalks James Noone’s deep, dark cavern of a set, Lyndhurst’s leather-coated, cosh-wielding Governor is a thousand miles from Rodney Trotter. And his further turn as the inebriated Landlord, swishing his nightshirt, is one of the night’s moments of fully audience-triggering comedy.

Danielle de Niese is powerful within the confines of the thanklessly clichéd role of Aldonza, the harlot. Peter Polycarpou is a warmly companionable Sancho Panza. The music is given real punch by David White’s flamenco guitar-driven but otherwise stringless 30-piece orchestra.

Elsewhere, though, some of the detail gets a little lost in the Coliseum’s vastness.

The script is short of big laughs and Lonny Price’s sophisticated direction is often too well-mannered to go for broad, room-filling slapstick.

Still, Frasier and Rodney – together at last! The ENO only needed to invite Phoebe from Friends to play a cameo as a windmill and every 90s TV sitcom fans’ dream would have been complete.

CBB: Disgraced Roxanne Pallett is REMOVED from PR team's website
Katie Price 'set to wed for a FOURTH time'
Newly-single Lydia Bright shows off her INCREDIBLE physique in scanty black bikini
Brad Pitt wasn't the only ex there! Jennifer Aniston 'also mingled with John Mayer' at her party
Kendall Jenner puts on a luminescent display as she cosies up to Hailey Bieber in throwback snaps
Jessica Rowe like you've NEVER seen her before! TV host strips down
MAFS expert John Aiken sells Sydney home for $2.85 million
Kylie Jenner puts her signature curves on display in tiny black bikini as she vacations in Bahamas