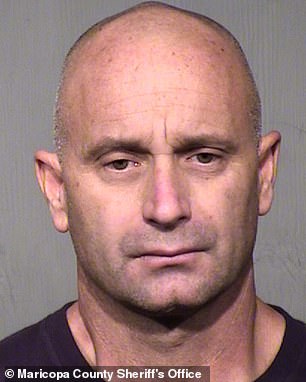 Michael William Palmatier, 48, told police he was ‘extremely intoxicated’ when he believed that a young girl’s genitals were the mouth of an adult woman

An Arizona firefighter has been arrested for performing a sexual act on an eight-year-old girl while she slept in her bedroom, authorities allege.

Michael William Palmatier, 48, told police he was ‘extremely intoxicated’ when he believed that the young girl’s genitals were the mouth of an adult woman.

He was arrested on suspicion of sexual conduct with a minor, kidnapping, and indecent exposure, the newspaper reported.

Palmatier was taken into custody last Wednesday at the Gilbert Fire Administration building just outside of Phoenix.

He has since resigned from the department.

Palmatier allegedly committed the crime during a 50th birthday party at the young girl’s aunt’s home in Queen Creek, Arizona.

Authorities say the aunt told investigators that she went into her bedroom and saw her niece leave the bedroom bathroom in tears.

The girl told her aunt that ‘a man had removed her pants and underwear and licked her’, according to police records. 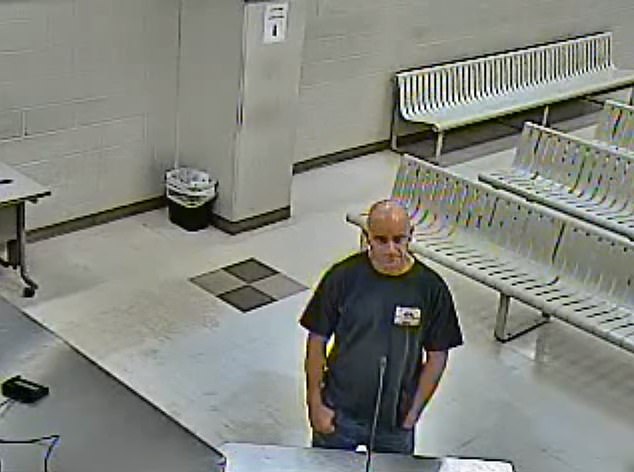 Witnesses said Palmatier ‘abruptly left’ the party, which was not typical behavior of him.

A family friend drover to Palmatier’s home to confront him, according to police.

The child told deputies that she and her younger brothers were watching television in her bedroom during the party.

She says she fell asleep at one point only to wake up later with a man licking her.

She says she realized this was a bad situation and tried to run away.

As she bolted out of the room, the man grabbed her arm, but she got away and locked herself in the bathroom.

While she was in the bathroom, the man asked the girl for forgiveness. She agreed to forgive him but only if he gave back her shorts, which he did not, according to police. 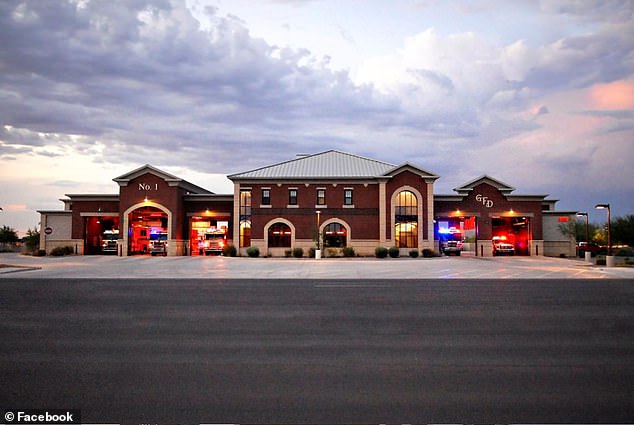 The Gilbert fire department headquarters is seen in the image above. Palmatier was taken into custody inside the building on Wednesday

Palmatier’s co-worker told deputies that the firefighter had a problem with drugs and alcohol.

He was known to be addicted to Soma, a prescription muscle relaxer.

Palmatier told a co-worker that he took the medication on the day of the alleged crime because he hurt his neck performing a sex act on his adult girlfriend.

The co-worker told authorities that Palmatier ‘started to cry and apologize’ when asked about the incident with the 8-year-old girl.

Palmatier told the co-worker that ‘he let his demons get out.’

He told the co-worker that he would never knowingly commit sex acts against a juvenile, records claim.