Anthony Weiner is reportedly seeking a book publisher to put his problematic past on paper.

The disgraced former congressman, who is currently living in a Bronx halfway house after serving time in prison for sexting a 15-year-old girl, has been hitting up publishing houses across Manhattan in hopes that one will want to bring his sordid story to life, according to the .

Sources told the outlet that so far interest has been underwhelming, as every imprint under the Simon & Schuster umbrella has passed. 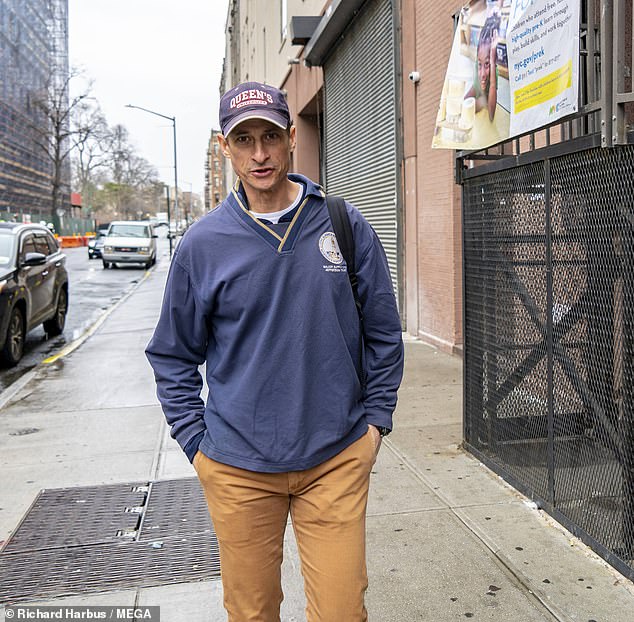 Sources say disgraced former congressman Anthony Weiner has been hitting up Manhattan publishing houses in hopes of securing a book deal. The 54-year-old is seem on April 5 outside the Bronx halfway house where he’s been living since February after serving prison time

It’s unclear which parts of the politician’s past would be included in the book, and there are definitely plenty to pick from.

Once a rising star in the Democratic party, Weiner’s fall from grace began in 2011 when he resigned from Congress after being caught sending explicit messages to at least seven women while he was married to top Hillary Clinton aide Huma Abedin. 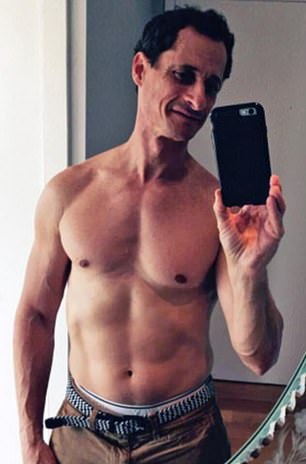 Weiner pleaded guilty in May 2017 to transferring obscene material to a minor after DailyMail.com revealed he’d sent a series of sexually explicit messages to a North Carolina high school student

The politician attempted a comeback by running for New York City mayor in 2013, but he ultimately received less than five percent of the Democratic primary vote after it was revealed that he had used the alias ‘Carlos Danger’ to send explicit photos to at least one woman after resigning from Congress.

He was embroiled in yet another scandal in September 2016 when DailyMail.com uncovered sexually explicit messages he’d sent to a North Carolina high school student.

The case became an issue in the closing days of 2016 presidential election when then-FBI director James Comey cited emails discovered on a laptop used by Weiner to justify reopening the probe into Clinton’s private computer server.

Weiner pleaded guilty to transferring obscene material to a minor in May 2017 and was sentenced to 21 months in prison.

Abedin filed for divorce while he was serving time in Massachusetts, and the couple, who have a young son together, ultimately agreed to negotiate their separation privately.

He has been living in a halfway house since February and is due to be released May 14 but still faces three years of court supervision.

Earlier this month a New York City judge designated Weiner a Level 1 offender under the state’s version of what’s known as Megan’s Law, meaning that he is thought to have a low risk of re-offending.

The 54-year-old must register for a minimum of 20 years and is required to verify his address every year, notify the state within 10 days of moving and visit a police station every three years to have a new picture taken.

Because of his low-level designation, Weiner’s information won’t show up in the state’s online sex offender registry but will be available via a toll-free telephone number.

Rare 'blue whale hybrid' is hauled up on the deck of an Icelandic whaling ship
More than 12,000 blood plasma treatments produced by Chinese pharma company contaminated with HIV
Spotify is DOWN: Popular music streaming site has crashed for THOUSANDS of users
Nearly 50,000 New Yorkers lose power on Sunday as the city swelters in 100-degree heat
RFK Jr leads a sailing trip for the devastated cousins of Saoirse Kennedy Hill
Cyclist shares pictures of his emaciated legs following ten-month doping ban and battle with bulimia
University of Pittsburgh doctors say coronavirus appears to be declining in potency
Trump wanted to SELL Puerto Rico in the aftermath of Hurricane Maria