Some 25 percent of Americans admit to snooping on their partner’s finances – and women are more likely than men to be nosy.

One-in-five (20 percent) men and 29 percent of women say they have investigated their significant other’s spending, according to the survey of 1,069 people by AreaVibes, an apartment listing website. 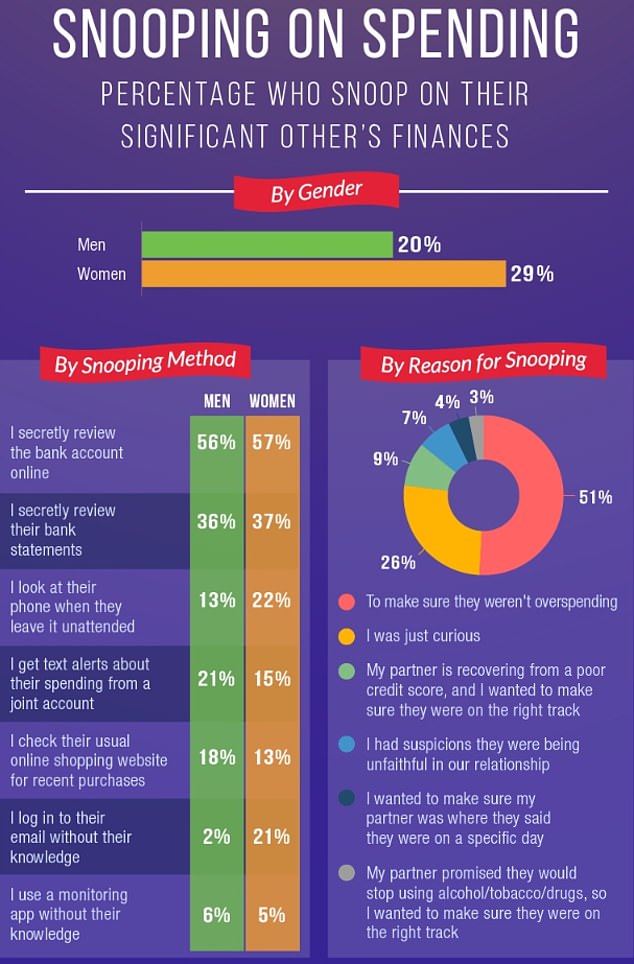 This graphic breaks down the method and reasons for Americans to snoop on their significant others. Source: AreaVibes

Americans may have good reason to pry – 41 percent say they have kept spending secret from their significant other, including 39 percent of men and 42 percent of women.

Men are most likely to secretly spend on alcohol and drugs (24 percent), followed by video games and fast food (23 percent each).

Meanwhile women are most likely to splurge on clothes, jewelry and shoes (40 percent), followed by beauty products (33 percent) and fast food (29 percent).

Overall, men and women spent money on very different vices, even when it came to less common categories.

The leading reason for hiding spending habits was that a partner wouldn’t approve of a purchase, with 58 percent of men and 53 percent of women citing that reason. 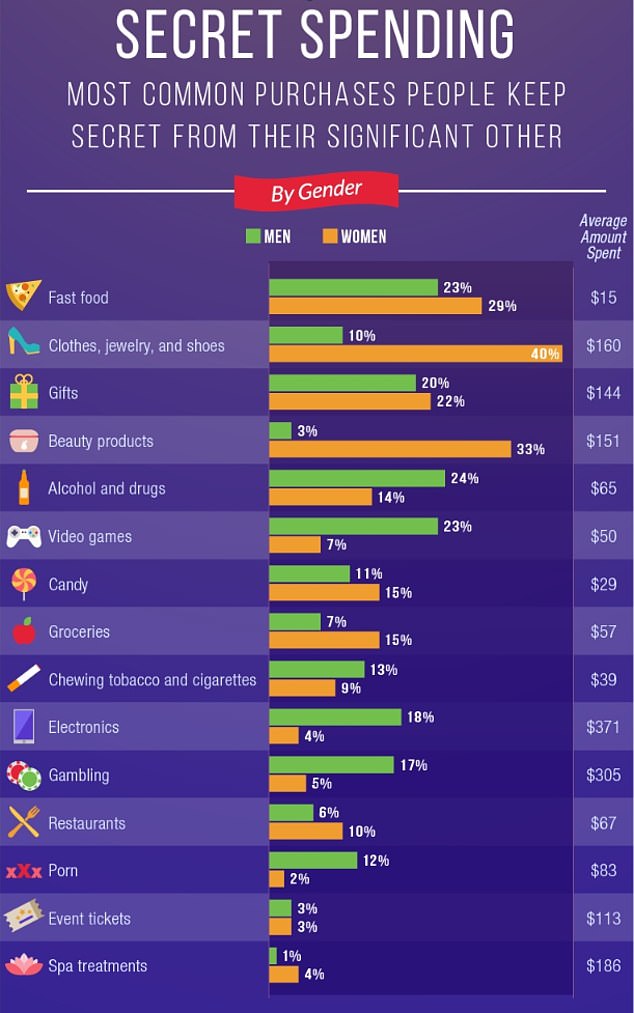 This graphic breaks out the secret spending that people of both genders admit to keeping from their partner. Source: AreaVibes

One reason driving the secrecy could be that many couples fight about money, with 39 percent of Millennials saying they argue at least once a month over the issue, compared to 46 percent of Generation X and 27 percent of Baby Boomers.

A majority (59 percent) of married people report sharing their finances in a joint account, making it tougher to keep secrets. An additional 21 percent keep separate accounts and contribute to bills proportionally based on each person’s income, while 11 percent keep things separate but contribute equally regardless of income.

Just 6 percent of married couples have main earner who pays the bills and gives their partner an allowance.

Generationally, Baby Boomers were the most likely to use a shared account at 58 percent, followed closely by Gen Xers at 52 percent. Just 38 percent of Millennials used shared accounts.

Some 39 percent of couples said they combined their finances when they moved in together, while 24 percent waited until they got married and 17 percent did so from the beginning of the relationship.