President signaled Monday that he’s ready for an onslaught from Democrats this week on Capitol Hill, where his attorney general is scheduled to testify twice.

Democrats have summoned Attorney General William Barr for hearings in both chambers. They intend to probe him on the contents of the Mueller report and his refusal to give them an unredeacted version.

Justice says that Barr may not comply with a demand to sit before them a second time this week for a House Judiciary Committee grilling on Thursday.

The committee’s chairman, Rep. Jerrold Nadler, says that Barr won’t ‘dictate’ the terms of his appearances.

Trump jumped in the melee with a Monday morning tweet that builds on his argument that special counsel Robert Mueller’s report should be testimony enough. 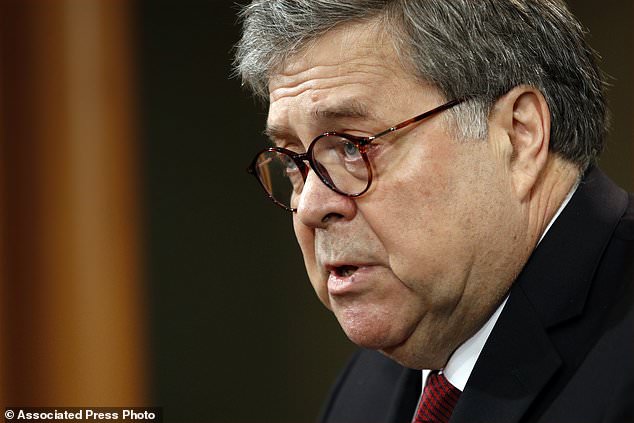 ‘Bob Mueller was a great HERO to the Radical Left Democrats. Now that the Mueller Report is finished, with a finding of NO COLLUSION & NO OBSTRUCTION (based on a review of Report by our highly respected A.G.), the Dems are going around saying, “Bob who, sorry, don’t know the man,”  he said.

Democrats are also seeking a session with former White House counsel Don McGahn, who can speak to acts they will try to prove were obstructive to the investigation into election meddling.

Nadler pushed back on Barr’s demands on Sunday, saying, The witness is not going to tell the committee how to conduct its hearing. Period.’

Judiciary Democrat Cedric Richmond said Sunday that Trump ‘attempted to collude’ with Russia and ‘attempted to obstruct justice, at the least.’ He said he matters should be reviewed by his committee.

‘We have not heard from this president under oath. So the best person we can hear from is Attorney General Barr to find out why, one, his summary, a Cliff Notes version was so different from the facts and two, why won’t he just release the unredacted report?’ he said on ‘Face the Nation.’ 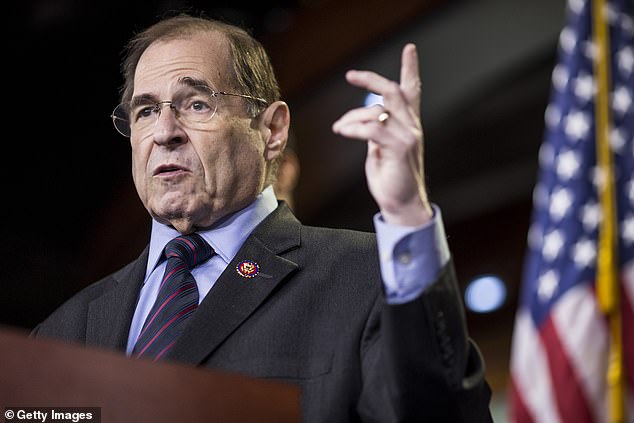 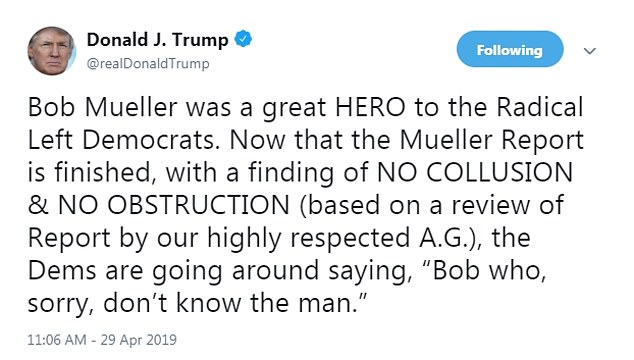 Democrats are demanding testimony from Barr on Wednesday in the Senate and Thursday in the House. Both hearings will be conducted by the body’s Judiciary committee and its members.

Barr will be in friendlier territory in the Senate,  where GOP Sen. Lindsey Graham is top dog. The senator is a pal of Trump’s and golfed with him on Sunday.

Before their game, the South Carolina senator appeared on ‘Face the Nation’ to decry claims that Trump obstructed justice.

‘I think the idea that this president obstructed justice is absurd. He turned over a million documents to the special counsel,’ he said. ‘Almost everybody around him testified. I can’t think of one thing that President Trump did to stop Mueller from doing his job.’

‘Now I want to look and find out how all this happened,’ he said on the CBS News program.

The Republican insisted that testimony in Mueller report from McGahn that it was his belief that the president wanted him to have the special counsel fired doesn’t matter.

‘I think it’s just all theater. It doesn’t matter. I don’t care what he said to Don McGahn. It’s what he did,’ he said. ‘If you’re going to look at every president who pops off at his staff and you know, ask him to do something that’s maybe crazy, then we won’t have any presidents.’ 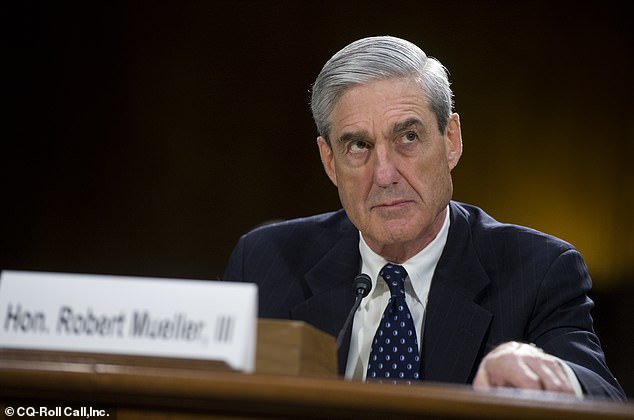 Special Counsel Robert Mueller sent the Justice Department a report that Barr was forced to partially redact, and Democrats on the Judiciary Committee want the freedom to see what’s under the black boxes by taking the May 2 hearing into ‘closed session’

Graham said he will not call Mueller as a witness — he doesn’t feel the need to ‘re-litigate’ the probe that took nearly two years to conduct.

‘I’m not going to re-litigate it. I don’t know how clear I can be, Margaret. It’s over for me. He didn’t collude with the Russians, obstruction of justice in this situation is absurd. I fought hard as hell to make sure Mueller could do his job, I introduced legislation to make sure he couldn’t be fired. It’s over,’ he said.

Lawmakers have never seen the entire Mueller report, though. DOJ is refusing to make it available to to them.

Justice offered to let congressional leaders and certain committee heads take a look, after House Democrats subpoenaed the report. Democrats are taking an all or nothing approach and want the full document to be made available to all lawmakers and preferably the public or nothing at all.

They also want to see the underlying evidence that Mueller relied on to make his assessment that no on in the Trump campaign colluded with Russia and materials that could help inform their views on obstruction of justice.