Authorities in Michigan are asking the public to help them recover $30,000 they say fell off the back of a man’s truck on Thursday – and surprisingly some people are giving the money back.

The unidentified man told police in Grand Haven, Michigan, he was keeping the cash in a cardboard box that was resting on the his truck’s back bumper Thursday night.

Police say the man forgot to secure the package while he was driving north on US-31 near Coho Drive in the Michigan town, located about 39 miles west of Grand Rapids, when he lost the money.

Law enforcement officers who respond to the scene around 9pm were able to recover about $2,500. 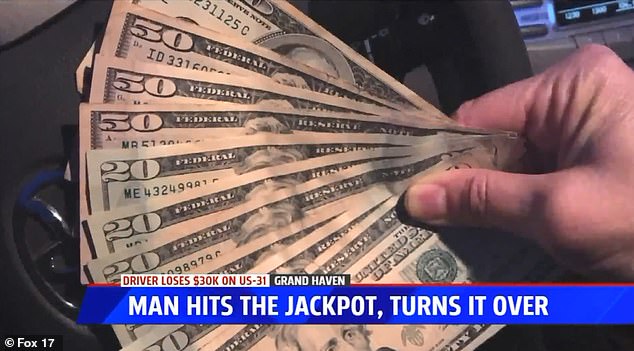 Authorities say the unidentified man stored the money in a cardboard box that he accidentally left on the back bumper of his vehicle on Thursday. Some of the money that was found is seen above 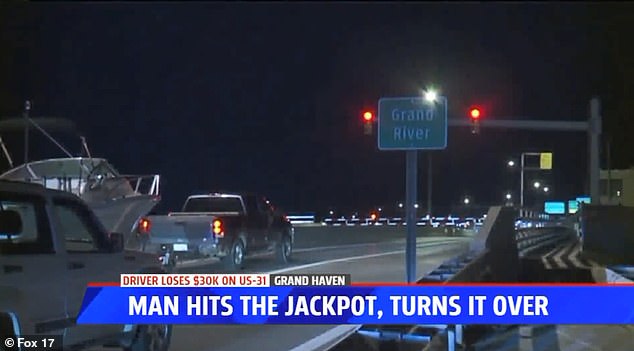 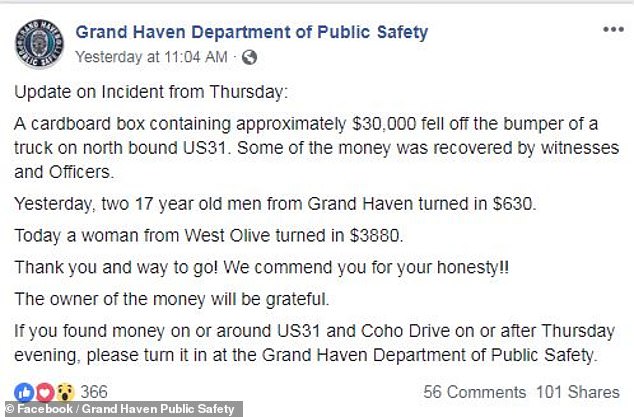 The Grand Haven Department of Public Safety put out a call to the public on Saturday asking others to turn in the rest of the money.

Police were pleased Saturday when a woman from West Olive, Michigan turned in $3,880 and two 17-year-old boys from Grand Haven turned in $630.

‘We commend you for your honesty!! The owner of the money will be grateful,’ Grand Haven law enforcement officials said on their .

Grand Rapids, Michigan, native Brian Kamstra told he was on the highway that day when $20 and $50 bills rained down on the road. 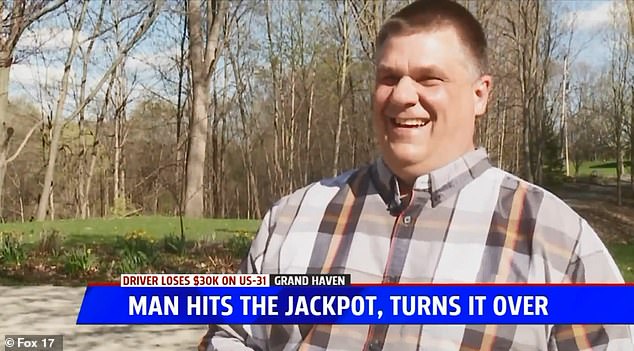 Grand Rapids, Michigan native Brian Kamstra gave back almost $400 he found on the highway that day

Kamstra said he picked up $370 in mere seconds, but days later said he felt guilty and decided to turn the money into police.

‘I looked down and there was cash littered all over,’ Kamstra said. ‘I felt like it was a scene from a movie. It’s not my money. It’s his. I would love to see him use it for its intended purpose.’