Representatives from Ora TV shared this news while denying a TMZ report that claimed the anchor had gone  into cardiac arrest after suffering a heart attack at his home last Thursday.

King, 85, had reportedly been having difficulty breathing for months and was scheduled to go in for an angiogram last Thursday.

He is set to return home on Monday, 32 years after suffering his first heart attack back in 1987. 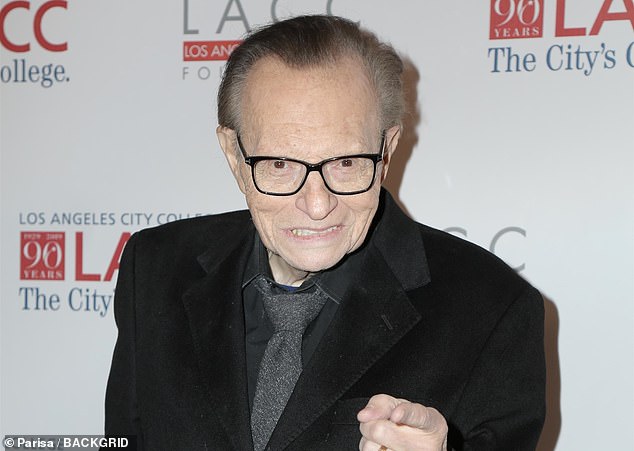 Close call: Larry King (above on March 12) is recovering in an LA hospital after undergoing angioplasty on Thursday 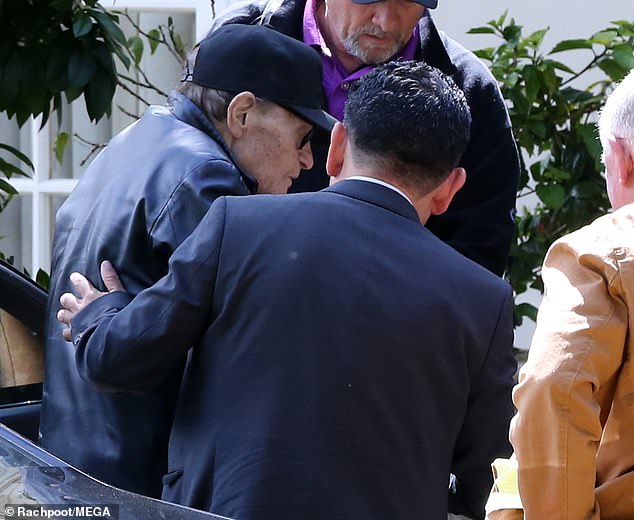 Rough time: King had been having difficulty breaking for months sources told TMZ, and had already scheduled an angiogram on the same day as his cardiac episode (King above outside his home in March)

King has been a leading advocate for heart health and check-ups ever since 1987, when he suffered his first heart attack.

He detailed his lifestyle in the lead-up to that episode back in 2004 when he released his book Taking on Heart Disease.

That incident changed King’s life, and the way he thought about heart health.

‘I had never spent much time thinking about my heart. But when I did, it was always the other heart — the romantic one,’ wrote King.

‘So let’s get to it right here in the first paragraph: Not paying attention to the heart (the one inside your chest) and the warnings it will send is a theme in the pages to come.’

King was looking gaunt and pallid in photos just days before his surgery.

On April 22, King looked weak while posing with Nate Berkus and husband Jeremiah Brent at his studio.

He looked slightly better the following day when he posed with Craig Ferguson, 48 hours before his cardiac episode. 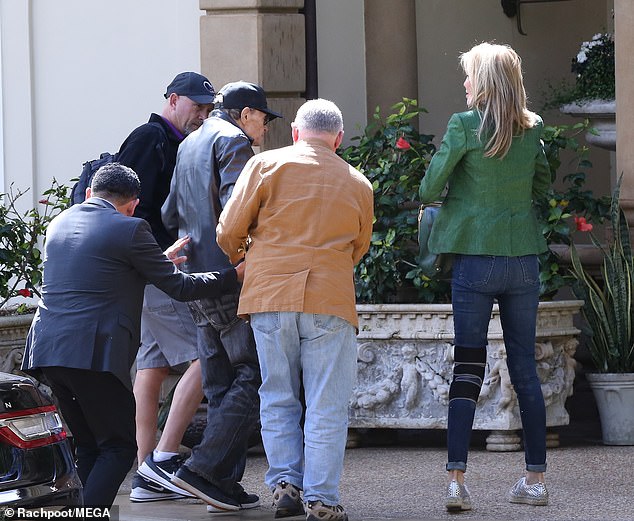 Private struggle: King had previously suffered a heart attack in 1987, which prompted him to become a leading advocate for heart health (above being assisted into the house while hjis wife Shawn looks on)

King was also looking frail in photos taken last month outside his home, which showed two men assisting him as he went from his car to the home.

His wife Shawn was seen looking on as three men helped her husband travel from the car to the house.

Larry and Shawn both previously filed for divorce in 2010 in the wake of allegations that the legendary television personality was having an affair with his wife’s younger sister.

The couple, who have two teenage sons, eventually stopped the proceedings and reconciled.

It would have been the ninth divorce for Larry, who has had seven wives and been married eight times.