MPs have been warned they will be kicked out of the Conservative Party if they back in the European elections.

It comes as a YouGov poll put support for the Tories at just 13% compared to 28% for Mr Farage’s Party. This would cull half of their 19 MEPs while giving the Brexit Party 28 seats.

Dozens of Tory MPs have indicated privately they will vote for Mr Farage, while some, including the MP for Telford Lucy Allan, have offered their support in public. 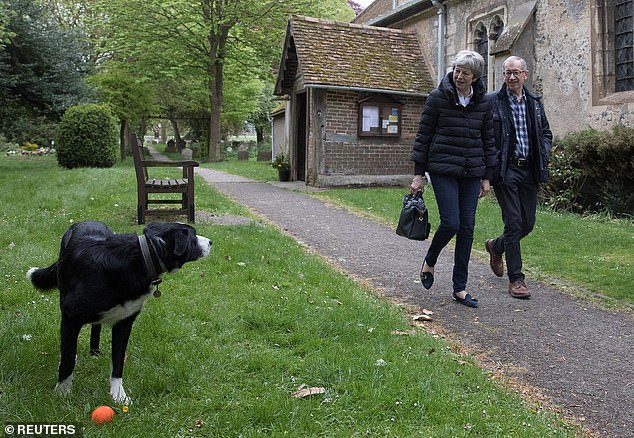 Theresa and Philip May say hello to Blitz, a border collie who regularly comes to meet them in the churchyard

In an effort to dampen down the revolt the Conservative Party board sent an sternly-worded email to activists, which was seen by .

This read: ‘All party members, including elected representatives at all levels, are expected to fully support the party in all elections. Campaigning for or endorsement of any other political party is incompatible with membership of the party… The board will not hesitate to enforce these rules.’

Downing Street is also urging Tory leadership rivals to stop jostling to succeed Mrs May until the Prime Minister has secured Commons approval for her Brexit deal.

Chief Whip Julian Smith is begging the main contenders to ‘lay down their arms’ in the national interest and concentrate instead on persuading diehard Brexit ‘Spartans’ to back Mrs May’s deal – and avert the humiliation of being forced to contest the European elections next month.

Mr Smith, who has arranged a series of one-to-one meetings with the contenders over the coming days, is prioritising Brexiteers such as Boris Johnson and Dominic Raab, who he believes stand the best chance of persuading the ‘Spartans’ to drop their opposition.

Leading party figures took to politics shows today to say they understood the frustration of grassroots members and activists, which will be tested first at Thursday’s local election.

Tory deputy chairwoman Helen Whately admitted the local elections ‘are going to be a difficult night for us’ after predictions her party could lose a thousand councillors amid anger over Brexit.

Elections will take place at 248 councils in England and Ms Whately admitted the contests in England were a chance to ‘kick the Government’ and said she had seen ‘more anger than before’ on the doorstep. 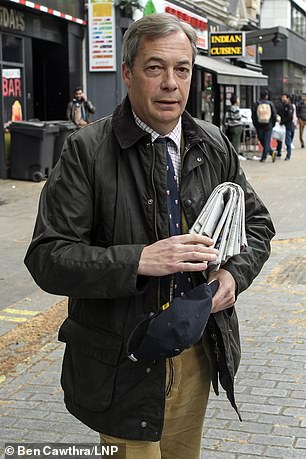 Speaking to Sky News’ Sophy Ridge On Sunday, she said: ‘I think there’s no doubt that it’s going to be a difficult night for us.’

She said it was down to the fact the seats which are up for grabs this time round were last contested in 2015, the ‘high point’ for her party.

He said the focus was on getting a Brexit deal through Parliament which would allow the UK to avoid the May 23 vote.

‘Our first priority is to not have to fight the European elections,’ he told the BBC’s Andrew Marr Show. ‘I think we should be looking to do everything we can to respect that 2016 referendum.

‘If and when we are at the point where we know we are definitely fighting those European elections then we will take some decisions about that.’

He played down reports about donors deserting the party, insisting that 2018 had been a ‘record peacetime fundraising year’.

But he added: ‘I don’t deny the frustration people in our party have over where we are on Brexit. I share that frustration, I want to get this done so we don’t fight those European elections.’

One of the most high profile efforts to bridge Tory Brexit disagreements was overseen by Kit Malthouse, architect of the Malthouse Compromise, which would have tried to renegotiate the backstop and extend the transition period by three years.

Speaking to  today, Mr Malthouse urged voters not to punish local Tories for the chaos at Westminster.

‘People have a general sense of being fed up with politics in its wider sense,’ he said.

But he added: ‘We’re all part of one party, but in the end these are people who volunteer for public service in their area because they feel a sense of commitment to their community.

‘And that they’re trying to do their best for their community and for that vote to be affected by the Brexit impasse would seem to me unfortunate.’

Labour have accused the Government of still refusing to ‘move on any of their red lines’ in the cross-party talks on getting a deal.

Shadow business secretary Rebecca Long-Bailey also hit back at claims from the Conservatives that her side has been stalling, saying ‘we’re certainly not dragging our heels’.

She told Sky News’ Sophy Ridge on Sunday: ‘Honestly I think the discussions so far have been productive, they’ve gone into a lot of detail, there seems to be a willingness on both sides to move towards some form of consensus.

‘But as yet we haven’t seen the Government move on any of their red lines, we’re having further discussions this week and hopefully we’ll see some movement.’ 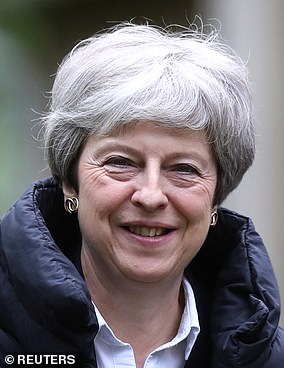 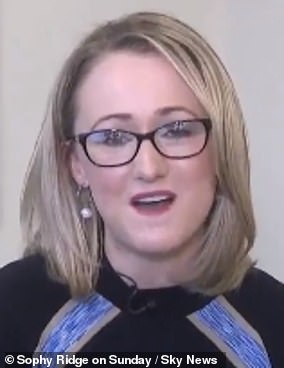 Ms Long-Bailey added: ‘But at the moment we are focusing on the detail, where we stand in relation to our relevant positions, and where potentially we could move to.

‘But we want to see hard and fast movement on those red lines as quickly as possible.’

Asked if a second referendum was one of Labour’s ‘red lines’ in the talks, she said Jeremy Corbyn and his team were ‘not being hugely prescriptive on the minute detail of specific elements because we are willing to compromise and we are willing to be flexible’.

Pressed on whether if any proposed deal met all her party’s criteria would they sign it off without an agreement to put it to a public vote, she refused to say, but added that if they were not met then ‘all options are on the table which includes campaigning for a public vote’.

Ridge said that sounds like a second referendum was not a red line for Labour, asking: ‘Correct me if I’m wrong?’

Ms Long-Bailey replied: ‘No, a public vote in the event of the situation that I’ve just outlined has always been our party policy, now we have to be flexible in where we move on, we’ve got to keep all options on the table and that’s what we’re doing.

‘So until we find out out what the final deal vote will be, we are of course pushing the Government to consider the policy option that we have which is a public vote to avoid a damaging no-deal Brexit or a bad deal, and they are considering that.

World Cup champion France tops FIFA rankings; Germany 15th
Iraq parliament due to vote on proposed cabinet and...
Father of Britain's biggest family opens up about baby number TWENTY ONE
Fears Russia trying to swallow up Belarus as Putin moves to create greater union with neighbour
Cristiano Ronaldo's rape accuser says he can't be tracked down to get served legal papers
Original figurines from the beloved 1983 Wind in the Willows film go on sale at auction for £10,000
BBC censored Boris's insult to the French
Gwyneth Paltrow is 'squashed' while Naomi Watts has cheek massage as stars go glam for Golden Globes