It comes after the British-born style guru was overlooked for the refurbishment of the Royal couple’s new Windsor home, Frogmore Cottage. 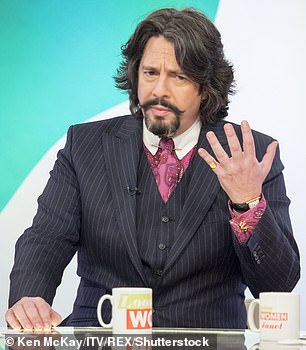 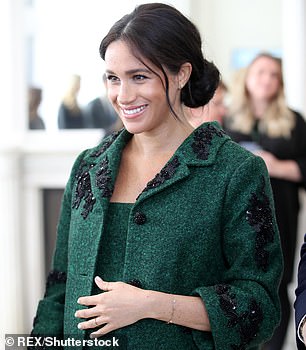 ‘Meghan is far too dull, she’d run screaming from me,’ Laurence said, following the news that renovations are being overseen by interior designer Vicky Charles.

The choice to go with Vicky may have come as a shock for Laurence, who previously worked on the interiors for the Queen and Prince Phillip.

Laurence did however have praise for the Duchess of Cornwall, Camilla Parker-Bowles.

Not holding back: ‘Meghan is far too dull, she’d run screaming from me,’ Laurence said of the Duchess of Sussex. Pictured in February 2019

‘My only hope for a proper, decent royal commission is when we get a Queen Camilla,’ he told News Corp. ‘She’s just over the garden fence and I’m very much hoping for a royal command.’

Official plans submitted to Windsor and Maidenhead Council this month, reveal the interior decor to likely feature a range of stone, grey and taupe hues, coupled with Nepalese cashmere blankets and throws for comfort.

Elsewhere, the renovations include a nursery, believed to incorporate a bedroom, bathroom, kitchen and a well-stocked playroom. 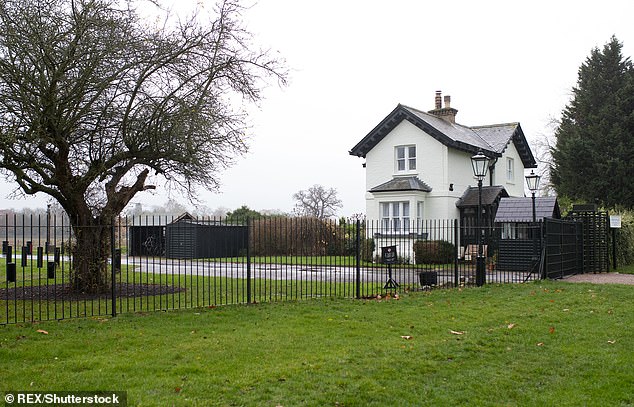 Royal snub: It comes after the British-born style guru was overlooked for the refurbishment of the Royal couple’s new Windsor home, Frogmore Cottage [pictured]

Last July, Laurence offered some design suggestions for the nursery of the Royal couple’s firstborn.

‘My grandson has been living in a nursery that I’ve decorated with some very scary dragons,’ he told at the time.

Having planned parties for Harry’s mother, the late Princess Diana, Laurence said that sophistication is a great asset when designing a child’s room.

‘I always think that actually you shouldn’t dumb down design just because a kid’s a kid, children have a very receptive eye!’ he explained. 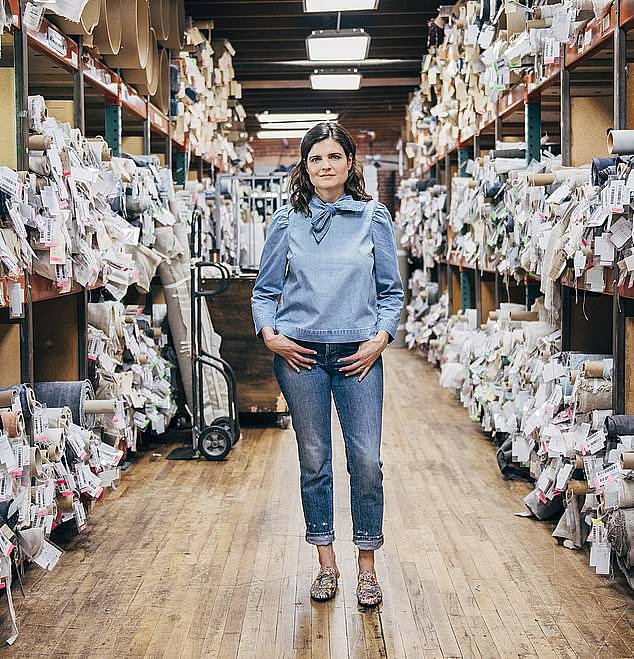 Woman reveals Cardi B and Ariana Grande are the SAME age
Wet Wet Wet announce Liberty X star Kevin Simm as new frontman
9/11 compensation fund to help sick survivors may run out of cash
Brexit: Britain faces TWO YEARS of limbo unless Theresa May wins vote
Blazing meteorite 'shakes the ground' and 'warms the air' as it streaks across the night sky
Britain 'will have to face the consequences' if it leaves EU without a deal says Barnier
US Air Force pilot sends engagement ring into space in out-of-this world marriage proposal
BRITs 2020: Jack Whitehall starts with tribute to Caroline Flack