A prominent Iranian lawyer has been jailed for 38 years and sentenced to 148 lashes after she defended women who removed their headscarves in public.

Nasrin Sotoudeh, an internationally renowned human rights lawyer jailed in Iran, was handed maximum sentence for all of her seven convictions.

The 55-year-old represented protesters against the Islamic Republic’s mandatory headscarves for women, many of whom filmed themselves taking off the garment and posing it on social media. 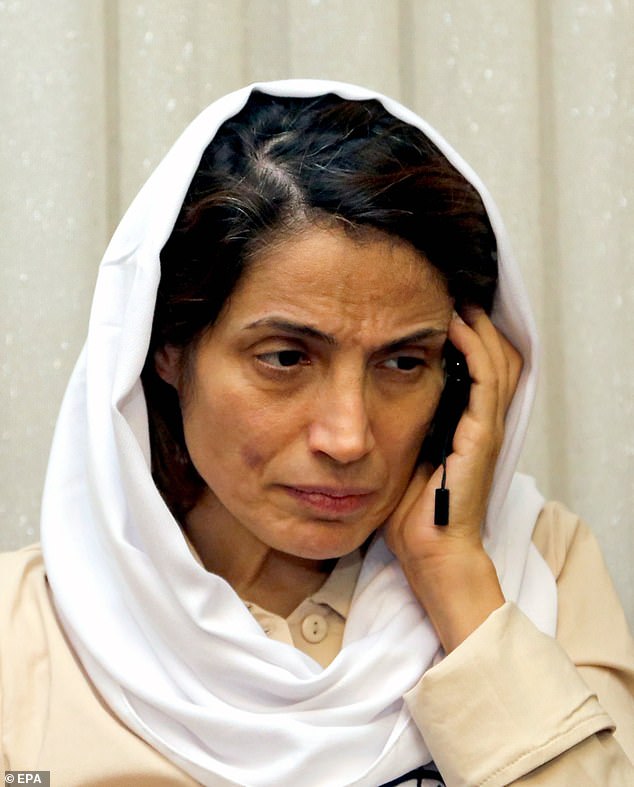 Nasrin Sotoudeh, an internationally renowned human rights lawyer jailed in Iran, was handed maximum sentence for all of her seven convictions 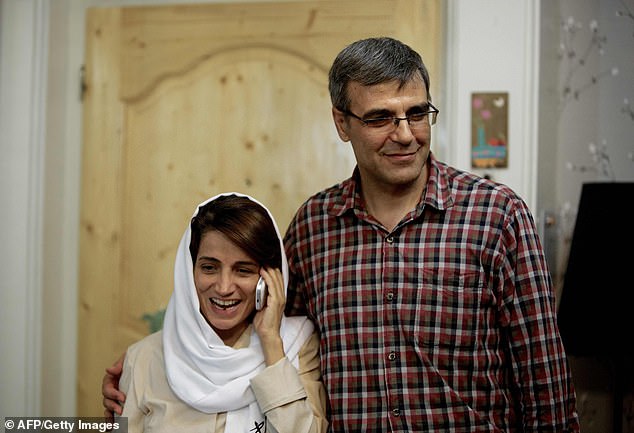 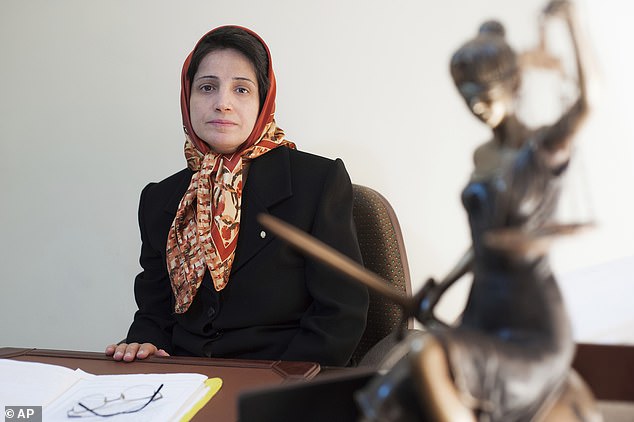 Her husband Reza Khandan confirmed her fate in an open letter on Facebook. So far, 119,977 people have signed an online  calling for her release.

She was jailed in 2010 for spreading propaganda and conspiring to harm state security – charges she denied – and was released after serving half her six-year term.

Earlier this month, a judge at a revolutionary court in Tehran, Mohammad Moqiseh, said Sotoudeh had been sentenced to five years for assembling against national security and two years for insulting Supreme Leader Ayatollah Ali Khamenei, the official Islamic Republic News Agency reported.

The sentence is unusually harsh even for Iran which cracks down hard on dissent and regularly imposes death sentences for some crimes.

Sotoudeh had already been found guilty in absentia of espionage charges and sentenced to five years by the court.

While the sentences announced so far total 12 years, Sotoudeh’s husband said she had been condemned to ’38 years in prison and 148 lashes’.

‘Five years of prison for the first case, and 33 years with 148 lashes for the second,’ Khandan wrote on Facebook. 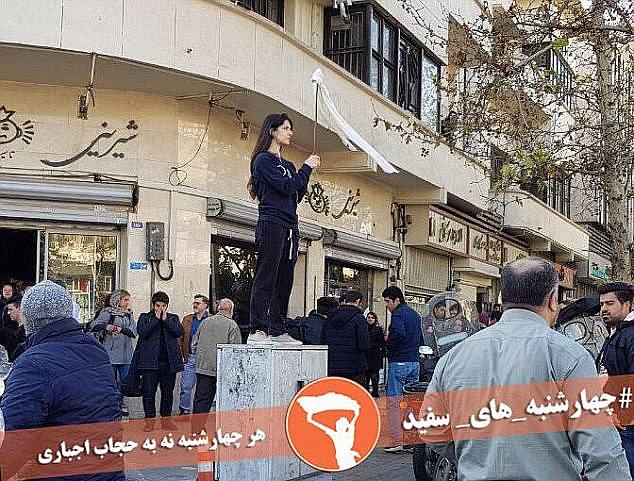 Sotoudeh had already been found guilty in absentia of espionage charges and sentenced to five years by the court. Pictured in public without her headscarf

The new ten-year sentence is the longest of seven different verdicts totalling 33 years bundled together in the case.

‘But only the longest sentence will be served, which is encouraging corruption and debauchery’, Khandan said.

Sotoudeh already spent three years in prison after representing dissidents arrested during mass protests in 2009 against the disputed re-election of the ultra-conservative president Mahmoud Ahmadinejad. 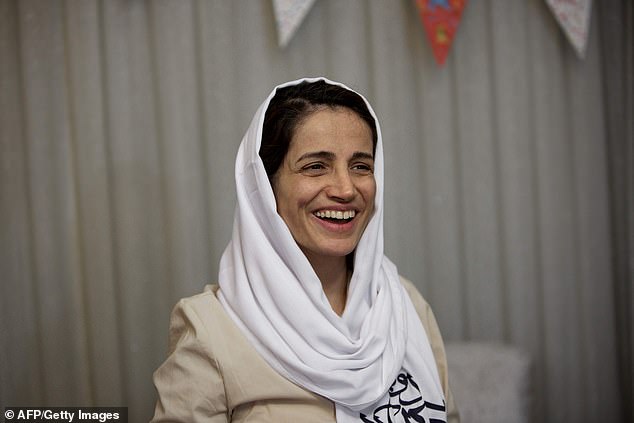 The news comes after Iran appointed a new head of the judiciary – Ebrahim Raisi, a hardline cleric who is a protege of Supreme Leader Ayatollah Ali Khamenei.

The appointment is seen as weakening the political influence of President Hassan Rouhani, a relative moderate.

Iran, often accused of human rights abuse, said on Monday it had allowed U.N. Deputy High Commissioner for Human Rights Kate Gilmore to visit last week at the head of a technical mission.

The European Parliament awarded her the Sakharov human rights prize in 2012 for her work on high-profile cases, including those of convicts on death row for offences committed as minors.

The visit, confirmed by a U.N. official, appeared to be the first in many years by U.N. human rights investigators who have been denied access by the government.

The U.N. investigator on human rights in Iran, Javaid Rehman, raised Sotoudeh’s case at the U.N. Human Rights Council in Geneva on this month, saying that last week she ‘was reportedly convicted of charges relating to her work and could face a lengthy prison sentence’.

Earlier this month, an Iranian activist group that’s based abroad reported that Sotoudeh was convicted.

Her sentencing has been widely criticised and she had 20 days to appeal the verdict.

Last July Shaparak Shajarizadeh said she was sentenced to 20 years in prison for removing her compulsory Islamic headscarf out of protest.

Sri Lankan man, 25, is charged with terrorism-related offenses
Broncos cut QB Lynch, claim Hogan
Russell Crowe looks serious and tense as he watches the NRL preliminary finals in Sydney
ALEXANDRA SHULMAN'S NOTEBOOK: UAE, the nation where every woman is spied on
Shop assistant is battered TWELVE times with a baseball bat during brutal robbery by masked gang
Muslim father shot in Christchurch terror attack shares heartbreaking pictures of his daughter
China separates Muslim children from their parents before brainwashing them
Thousands of demonstrators march on Holyrood to protest Brexit