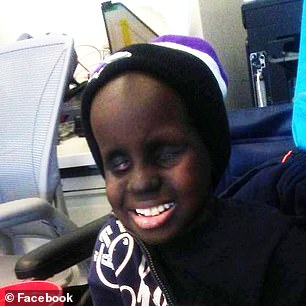 Mo is a Lindale Middle School student who has been blind since he was 9-months-old. He is currently battling cancer for the fourth time in his short life.

‘With the 123rd pick in the 2019 NFL draft, the Baltimore Ravens select Ben Powers, Oklahoma guard!’ the teen shouted into the microphone as he moved his fingers across a piece a braille paper.

The Ravens’ coaching staff and team administrators smiled and applauded Mo’s performance after the pick was presented. 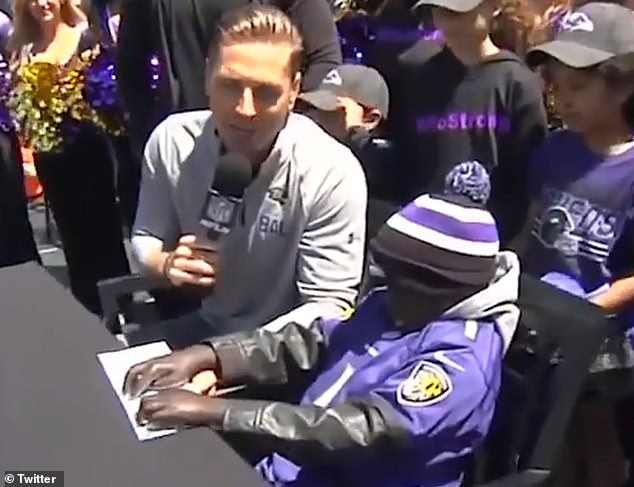 Mo sat before an announcer’s table wearing a purple team jersey and a skull cap at the Inner Harbor in downtown Baltimore, Maryland Saturday morning as an NFL broadcaster introduced him before he shouted the name of the Ravens’ fourth-round pick 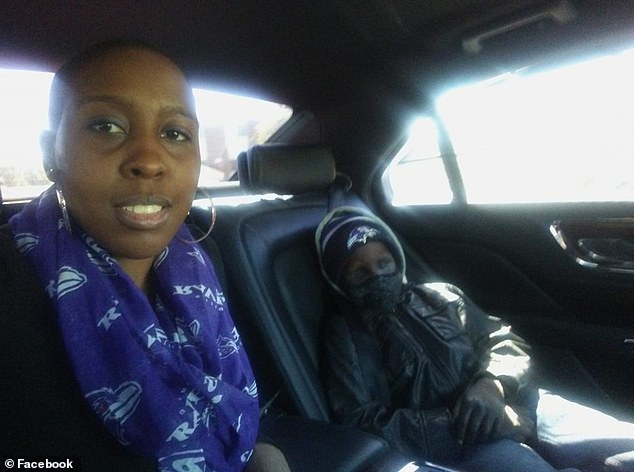 Mo Gaba (right) and his mom, Sonsy Gaba (left) on their way to the Inner Harbor in downtown Baltimore

Baltimore sports fans know Mo as the energetic voice who frequently calls into local sports talk radio stations like 105.7 The Fan, and Mix 106.5 to talk Xs and Os, according to the .

The teen was analyzing the NFL draft with 98 Rock host Keith Mills on Wednesday when a surprise caller joined the conversation – Ravens head coach John Harbaugh.

‘We heard about this guy named Mo that has incredible insights into the Ravens and what we do,’ Harbaugh said.

‘We’re inviting Mo to announce our fourth round draft pick at our draft fest event at the Inner Harbor.’

‘What? Really? I never done that before,’ he said enthusiastically. 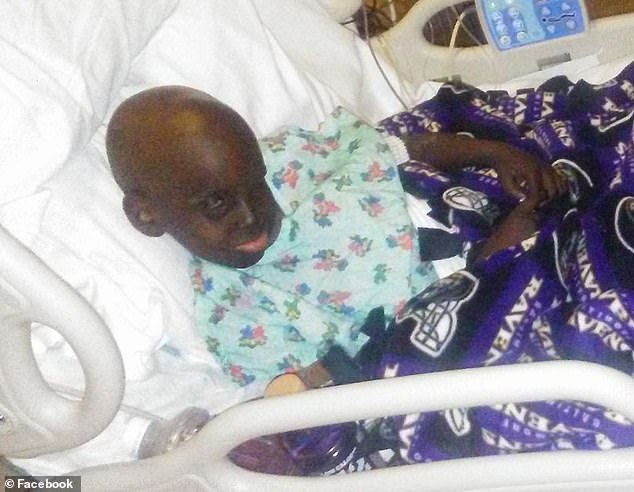 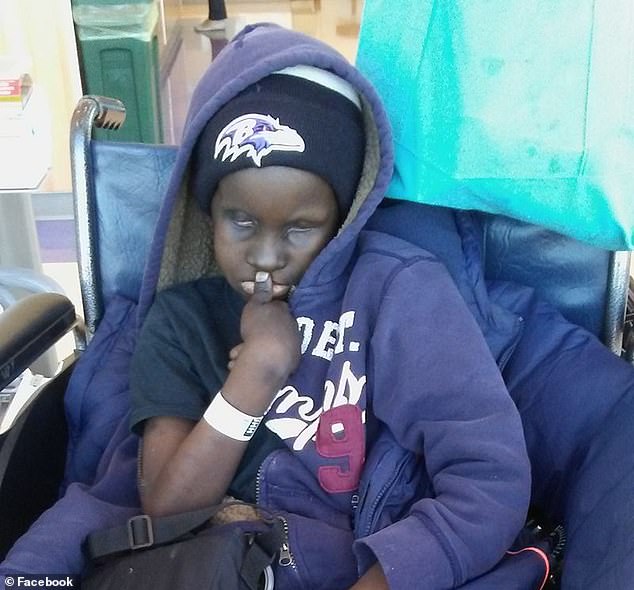 Mo also ate a meal with the Ravens and met some of the players during the day on Saturday.

His mother, Sonsy Gaba, who reportedly stays with Mo full-time to help him with his medical issues, described the occasion as ‘monumental’ and ‘historic’ on her Facebook page.

She wrote on Facebook, ‘A special thank you to the Baltimore Ravens. This day was everything my son could have ever asked for.’

A page has been created to help Mo’s family with his medical expenses.

The teen is said to be in the early stages of his cancer treatment after beating the disease on previous occasions.