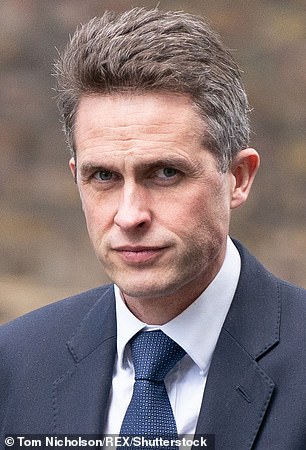 Defence Secretary Gavin Williamson directly accused Minister for the Cabinet Office David Lidington of leaking details of the top secret meeting on Huawei to the press, before it emerged that Lidington had left before the key discussion took place

A senior Whitehall source said Mr Williamson directly accused David Lidington and his officials of being the source of the leak that is now the subject of a massive internal inquiry.

But the claim collapsed after it was pointed out that Mr Lidington had left the top-secret meeting of the Prime Minister’s National Security Council before controversial Chinese telecoms giant Huawei was even discussed.

The source described the suggestion as ‘laughable’, adding: ‘Lidington is one of the most trustworthy members of the Cabinet – and one of the least likely to leak anything.’

Mr Williamson is said to have withdrawn the claim when it became clear the leak appeared to have come from a source opposed to allowing Huawei any role in the UK’s 5G network.

One ally said: ‘It was a misunderstanding.’ Ministers were last night braced to have their phones seized as part of a leak inquiry led by Cabinet Secretary Sir Mark Sedwill, who is said to be ‘f***ing furious’ about the disclosure of highly-sensitive material relating to national security.

Sir Mark has asked every Cabinet minister present at Tuesday’s NSC meeting to own up to the leak or provide him a written assurance that neither they nor their officials were responsible. 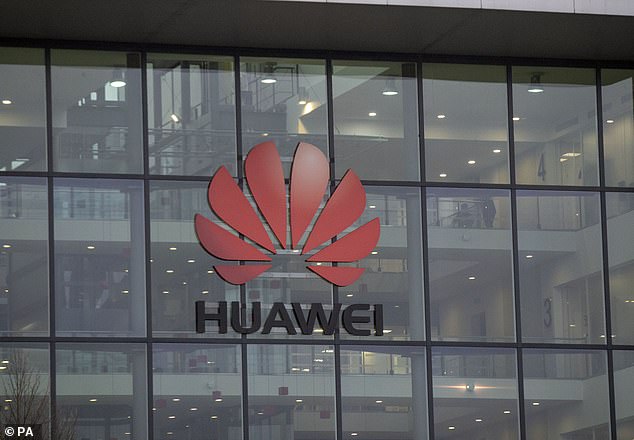 On Tuesday, Theresa May reportedly approved Huawei’s bid to help bring the 5G mobile network to the UK

He will then decide on next steps, which are likely to include examination of phone records and face-to-face interviews, and could eventually result in a full-scale police investigation.

Former Cabinet Secretary Gus O’Donnell yesterday described the leak as a ‘complete outrage’ and called for the culprit to be prosecuted under the Official Secrets Act, which could result in a two-year jail term.

Lord O’Donnell said: ‘If I were Cabinet Secretary, and I thoroughly applaud what Mark Sedwill has done, I would say “Look, this is just beyond the pale”. This is really important for the country – these issues are massively important.’

On the leak inquiry, he said: ‘There are various constraints on what you can do. I’ve been involved in inquiries where we’ve looked at mobile phone records, email records and the like.’

Hammond holds out an olive branch to Chinese

Philip Hammond opened up a Cabinet rift over China yesterday as he said the UK had ‘no position’ on Beijing’s expansion plans.

The Chancellor, who is taking part in trade talks in Beijing, offered an olive branch to the Chinese regime, which was angered earlier this year by Britain’s stance on its ambitions in the South China Sea.

He insisted the UK was prepared to use lethal force to deter countries that flout international law.

Mr Hammond stressed: ‘The UK takes no position in relation to the issues in the South China Sea.’

Lord O’Donnell said, unlike Cabinet meetings, ministers were expected to ‘leave their politics at the door’ when they attended meetings of the NSC rather than try and exploit sensitive material for personal political gain.

On Thursday, ministers who attended the NSC meeting were falling over themselves to deny involvement in the leak.

Business Secretary Greg Clark is the only senior minister present yet to comment, although few in Whitehall believe he is likely to be the culprit. The leak to the Daily Telegraph suggested that ministers gave the green light to Huawei to play a key role in building the UK’s 5G network in defiance of an appeal by the US, which has banned the Chinese firm from involvement in its system because of espionage fears.

One Whitehall source described the leak as ‘vexatious’, with ministers apparently agreeing that Huawei should be banned from the ‘core project’ and only allowed to take part in elements deemed a low security risk.

MPs immediately linked the disclosure to the manoeuvrings around the Tory leadership, with whoever was responsible seeking to burnish their credentials as being ‘tough on China’.

Mr Williamson, one of the Cabinet’s leading China hawks, is said to have been ‘horrified’ by the leak and has bridled at suggestions from rivals that he was involved. 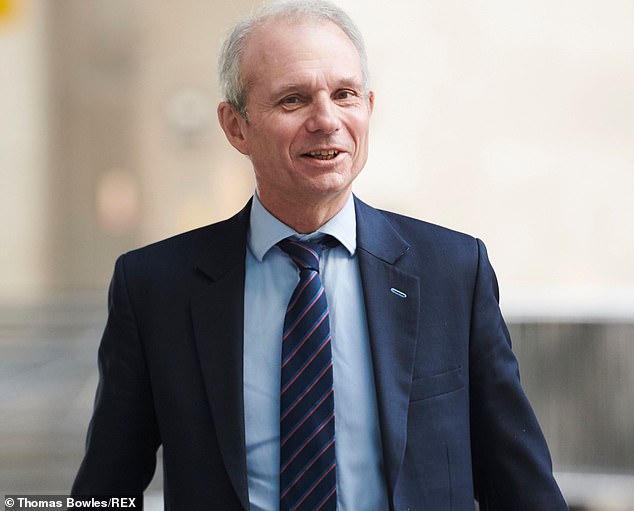 Cabinet Office minister David Lidington (pictured) previously said the matter was being taken ‘very seriously’, while a source described the idea of him being behind the leak ‘laughable’

His clash with Mr Lidington is said to have taken place on Wednesday morning shortly after news of the leak emerged.

Meanwhile, officials said last night the hunt for the Huawei mole could be hindered by MPs’ growing use of encrypted messaging services like WhatsApp.

Sophisticated ‘end-to-end’ encryption means that even the security services cannot unscramble messages without the user’s permission.

One source said: ‘The truth is it’s never been straightforward to identify the source of leaks. If the individual has used some kind of encrypted app then it could be nigh on impossible.’