could be forced to leave Downing Street by late June if she does not deliver a deal, it is claimed.

Conservative Party sources said the Prime Minister will be forced out by ‘men in grey suits’ unless it becomes clear by the end of May that her plan stands a chance of being approved.

After the influential Tory 1922 Committee voted against changing party rules to allow another vote of no confidence in Mrs May this summer, one member told : ‘You won’t keep this at bay forever.

‘But she has a few more weeks to pull a rabbit out of the hat.’ 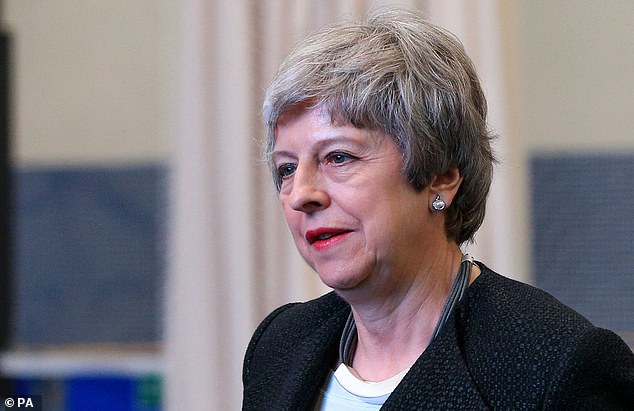 Theresa May could be forced to leave Downing Street by late June if she does not deliver a Brexit deal, it is claimed

Mrs May survived a vote last December – and party rules state another cannot be initiated for another year, but Conservative insiders are reported to believe 1922 Committee chair Sir Graham Brady will warn that a change in rules will become increasingly likely without Brexit progress.

Downing Street has set June 30 as its new deadline for a Brexit deal in the Commons.

Last week ministers piled pressure on Mrs May to bring her  deal back within days as it was claimed she could tear out the Irish backstop to swing the vote. 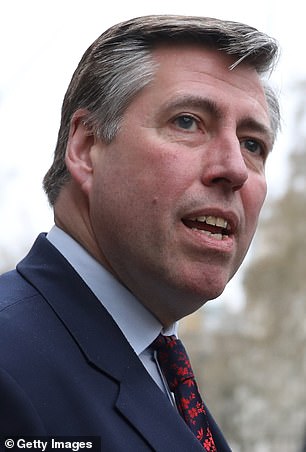 The PM could remove the divisive border clause in the hope MPs vote for it and send a new message to Brussels that it must be axed or changed if Britain is to leave the EU.

Downing Street had hoped to bring forward the Withdrawal Agreement Bill next week with the hope of getting a version of the Prime Minister’s deal through Parliament in time to cancel European Parliament elections on May 23.

Tory whips privately told ministers that the idea has been put on hold for at least a week while the PM tries to secure enough backing for her deal to pass.

The Prime Minister is being pressured to renegotiate with the European Union by Conservative Brexiteers such as former leader Iain Duncan-Smith, the Tory European Research Group ‘Spartans’, and the DUP.

EU negotiators have insisted that the UK’s Withdrawal Agreement cannot be reopened.

Earlier this month Mrs May faced calls to resign from furious Brexiteers after a six-month extension deal was agreed at an emergency EU council meeting in Brussels.

The delay until Halloween, with a ‘review’ in June, was a compromise solution thrashed out in five hours of talks in Mrs May’s absence, after Emmanuel Macron held out against a longer extension lasting into 2020.

Mrs May has already revealed she plans to stand down as leader before the next scheduled election of 2022.

Jennifer Garner is a hands-on mom with son Samuel, six, after settling divorce from Ben Affleck
Renault’s futuristic EZ-PRO is an all-electric with customisable pods
Thai cave boys attend Manchester United match as guests of honour at Old Trafford
Libby Squire had to be identified by her fingerprints, inquest hears
Drill rapper Unknown T charged with murder
Twenty injured as 1,800 firefighters battle fires in Portugal with residents forced to flee homes
The Cars' lead singer Ric Ocasek dies at 70 from 'natural causes' in his Manhattan townhouse
Prince Andrew says he met Ghislaine Maxwell months ago - despite 'cutting off contact' with Epstein