He first made his mark in Hollywood with comedic roles in hits like Superbad, Knocked Up and 21 Jump Street.

But in the past year, Jonah Hill has been making waves in fashion circles for his penchant for 1980s and 90s skateboarder style. His type of dressing even has a name: ‘slob-ebrity’ streetwear.

And on Friday, the 35-year old star kept true to his fashion tastes when he was spotted in Los Angeles picking up coffee for himself and girlfriend Giannis Santos. 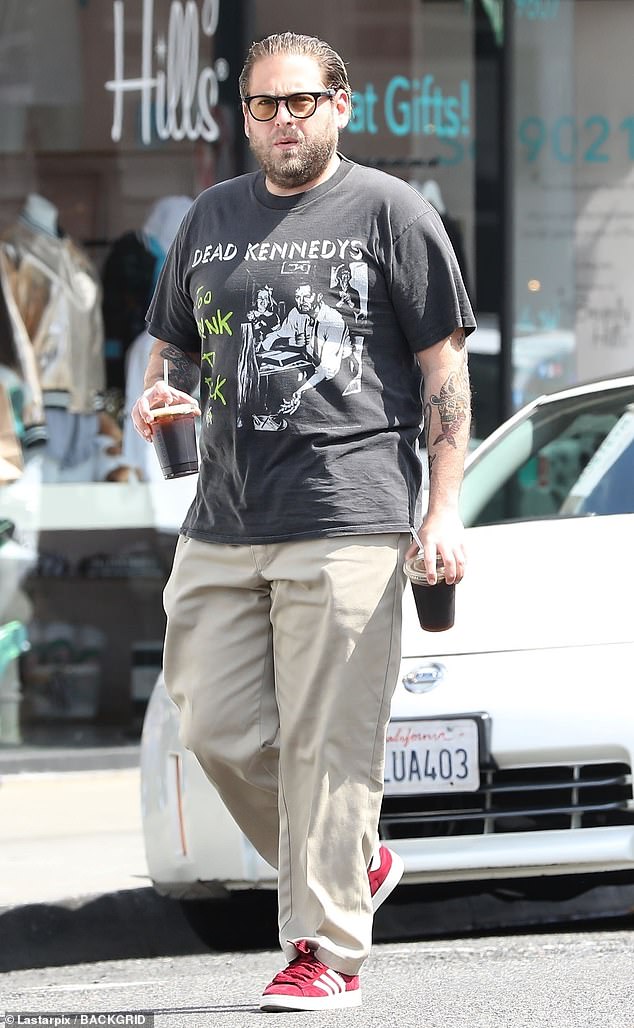 On the go: Jonah Hill, 35, was spotted picking up morning coffee for himself and his girlfriend Giannis Santos in Los Angeles on Friday

Taking a break from his current writing project, the Wolf Of Wall Street actor sported brown baggy khakis and a black t-shirt with the logo of the American punk rock band Dead Kennedys on the front of it.

He also added his go-to red suede Adidas sneakers and a smart pair of thick-rimmed glasses.

On this day, he slicked his two-toned blonde and brown hair back off of his face. 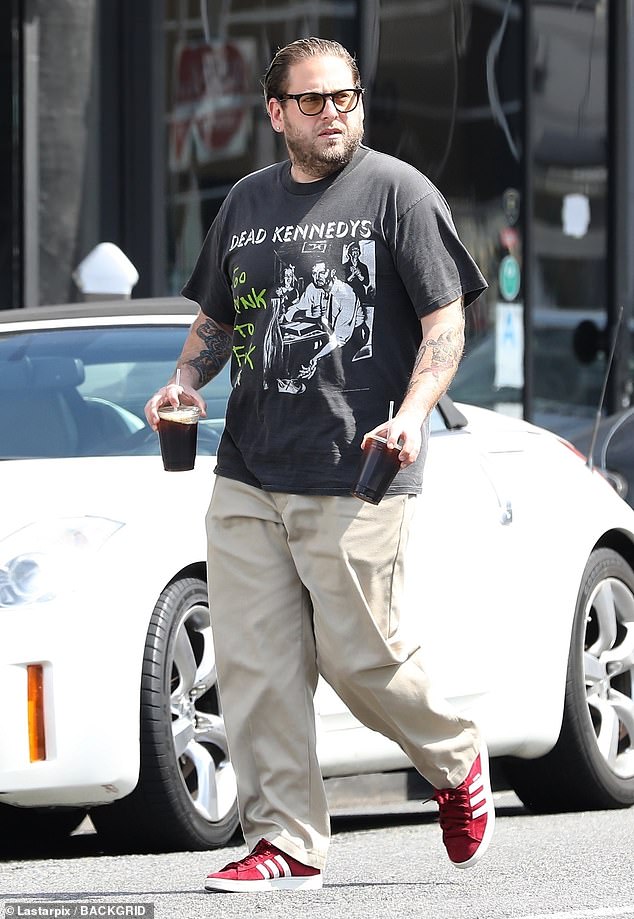 Skater chic: The Superbad star sported brown baggy khakis and a black t-shirt with the logo of the American punk rock band Dead Kennedys on the front of it

Hill has been seen wearing identical and nearly identical ensembles in recent weeks.

He has also been partial to wearing other band and tie-dye t-shirts with shorts on most days.

Just last year he was named a top ‘slob-ebrity’ by the Wall Street Journal for his funky/slobby fashion choices. In fact, reporter Jacob Gallagher dubbed him ‘the poster-child for aging skateboarders everywhere.’

Most recently Hill has been promoting the release of his coming of age film Mid90s in the UK and Ireland.

Hill spent four year honing the script before he made his directorial debut with it.

Set in LA in the 1990s, the story follows a 13-year old boy who begins spending time with a mostly older group of skateboards.

Aside from the promotional duties, Hill has had three films released this year so far: How To Train Your Dragon: The Hidden World, The Lego Movie 2: The Second Part and The Beach Bum which stars Matthew McConaughey, Snoop Dogg, Isla Fisher, Zac Efron, Martin Lawrence and Jimmy Buffett. 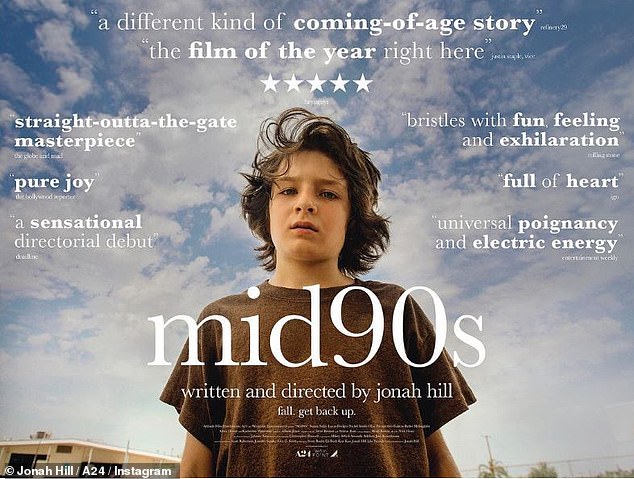 Cross over: Hill made his directorial debut in the coming of age film Mid90s