Tommy Robinson today revealed he is standing to be an MEP at next month’s European elections to represent the ‘working class communities across the country’.

The former leader of the far-right EDL will go up against candidates in the north-west of England and took a swipe at , whose new Party is leading in the polls, calling him: ‘Just another millionaire who looks down at the working classes’.

Mr Robinson, whose real name is Stephen Yaxley-Lennon, submitted his £5,000 deposit to be on the ballot on May 23.

This evening he hosted an event in Wythenshawe, Manchester where hundreds of supporters turned up to listen to his speech. Robinson has spent the last two days in the area and said he chose it due to the fact that it is an area which is full of working class communities.

He said: ‘This is one of the working class estates which has been betrayed and politicians need to understand our power as a working class community. 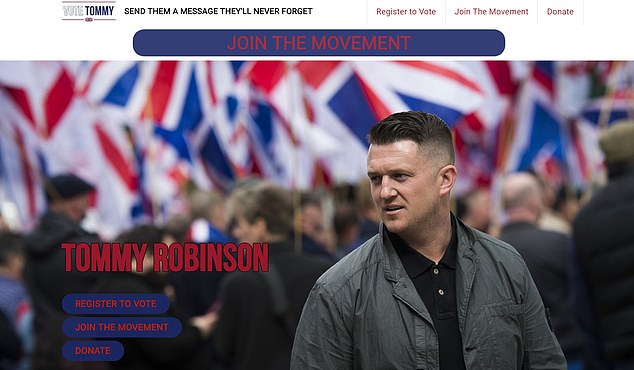 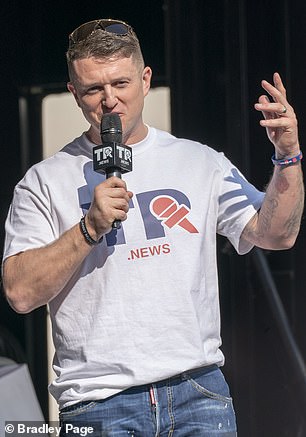 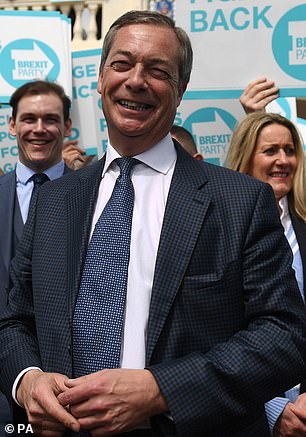 Tommy Robinson, pictured on stage in Westminster last month, is expected to stand as an independent and took a swipe at Nigel Farage , whose new Brexit Party is leading in the polls, calling him: ‘Just another millionaire who looks down at the working classes’.

‘If you want to leave the European Union then you need to vote for me.

‘The reason we are betrayed is because we don’t vote – I’ve never voted because there is no one to vote for. We need to take their seats. Over the next four weeks I will travel a roadshow to the working class communities of the North West.’

People from across the whole country had attended the event with some attending from the Wirral, Nottingham and the surrounding areas in Manchester.

He added: This is David vs Goliath, nobody has every won as an Independent – do you realise the shock waves we will send across the world if we galvanize and unite the people who don’t vote.

‘Take this message home – to the building sites to the playgrounds – mums, dads, send them a message they will never forget.’

Robinson was jailed for contempt of court last year but is not barred from standing in the upcoming election because he served less than a year in prison.

The married father-of-three, 36, is standing as an independent, not for  despite his links to leader Gerard Batten, and has launched a new ‘Vote Tommy’ website including a slick promo video.

The activist is from Luton, but is standing in the north-west, where then BNP leader Nick Griffin was elected in 2009.

Robinson wrote online today: ‘They’re laughing at us. All of them — Theresa May, Jeremy Corbyn, the European Union bureaucrats. 17.4 million of us voted for Brexit, but they don’t care about people like us. They’ve tried to silence us, and they took away our democratic rights by betraying Brexit. 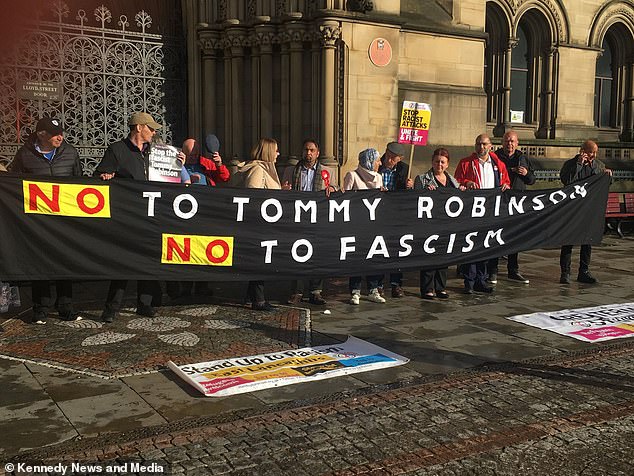 ‘The election on May 23 is how we fight back. Put me right inside the EU and they won’t know what hit them. They’ll long for the days when it was just Nigel Farage.

‘I admire what Farage achieved in the past. But at the end of the day, he’s just another millionaire stockbroker who looks down at the working classes. And he’s terrified of talking about issues like the Islamification of Britain. He won’t fight the battle for the heart of our country — in fact he bad-mouths those who do.’ 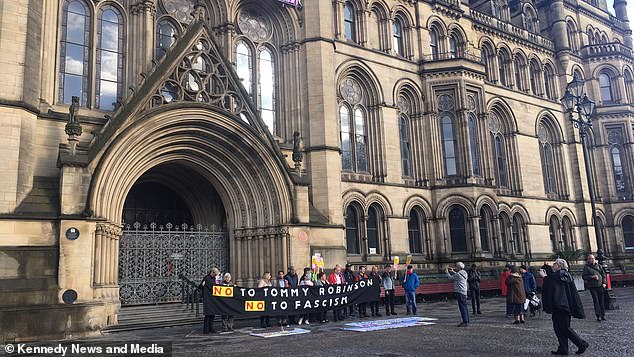 Despite having previously been in prison, according to rules set out by the electoral commission Robinson will be able to stand as he was not detained in prison for more than a year and was not ‘subject to a particular court decision’.

Robinson is ‘not welcome’ in the north-west, say critics

Tommy Robinson is not welcome to spread his ‘vitriol’ in Manchester or in any other community, a Labour frontbencher has said.

Shadow schools minister Mike Kane (Wythenshawe and Sale East) said he wanted to highlight the visit in his constituency by Mr Robinson, whose real name is Stephen Yaxley Lennon, to call for unity.

Mr Kane said: ‘I want to make it clear, and I’m sure the whole House would agree, this individual is not welcome to spread his xenophobic, Islamophobic, homophobic, racist vitriol in my community or in any other community.

‘He seeks to divide rather than to unite people. We do things differently in Manchester, we stand together against hate.’

MPs from both sides of the House murmured in agreement when Mr Kane finished his remarks at the despatch box.

Schools minister Nick Gibb said he shared the sentiments expressed by his opposite number, adding: ‘I’m sure it’s a sentiment shared right across this House.’

The rules state: ‘You are disqualified under the Representation of the People Act if you have been convicted of an offence and have been sentenced to be imprisoned or detained for more than a year and are detained anywhere in the UK, Ireland, the Channel Islands, the Isle of Man or Gibraltar, or are unlawfully at large.’

Manchester faith leaders and MPs have united to denounce him in a letter.

It says that Robinson and ‘far-right political views are not welcome in our town and our great city.

‘We want to make this statement about Stephen Yaxley-Lennon, also known as Tommy Robinson. Together, on behalf of our community, we felt it necessary to speak out against his visit. We are firm in our belief that violence and racism have no place in our political discourse’.

His decision to stand has also caused fury among anti-fascism and anti-racism campaigners.

Nick Lowles, chief executive of HOPE not hate, said: ‘Stephen Lennon is a far-right thug who uses his platform to bully, abuse and stir up division, monetising his hatred to rake in donations from his fans. He has a long record of abuse towards minorities such as Muslims and wherever he goes trouble has followed.

‘Standing in this election is just another way for Lennon to line his pockets, at the expense of democracy and voters.

‘In these Euro elections, the fewer people who vote, the easier it is for extremists to win a seat, so if you’ve ever been appalled or angered by Stephen Lennon turn up and vote on May 23. The North West needs a voice of hope, not hatred.’ 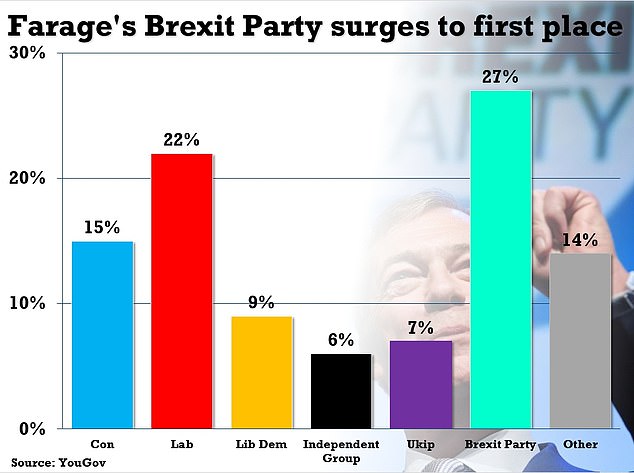