He separated from his wife of more than 20 years last year.

Robert De Niro was seen out and about on Wednesday in with his daughter Helen Grace De Niro, seven.

She’s the youngest child of the 75-year-old actor and the subject of a custody battle with his soon-to-be ex-wife Grace Hightower, 64. 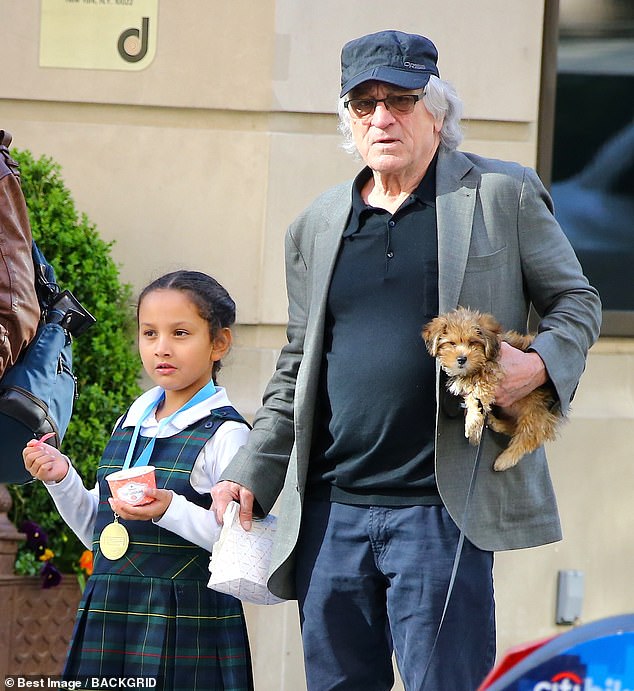 Father–daughter time: Robert De Niro, 75, was seen out and about on Wednesday in New York City with his daughter Helen Grace De Niro, seven

The Heat star was dressed casually for the afternoon outing, with a black polo shirt and a charcoal blazer.

His navy blue trousers matched his cap, and he showed off a shaggier hairdo than he displayed during his recent SNL appearances as Special Counsel Robert Mueller.

Helen was dressed in a plaid dress uniform and proudly wore a medal around her neck. 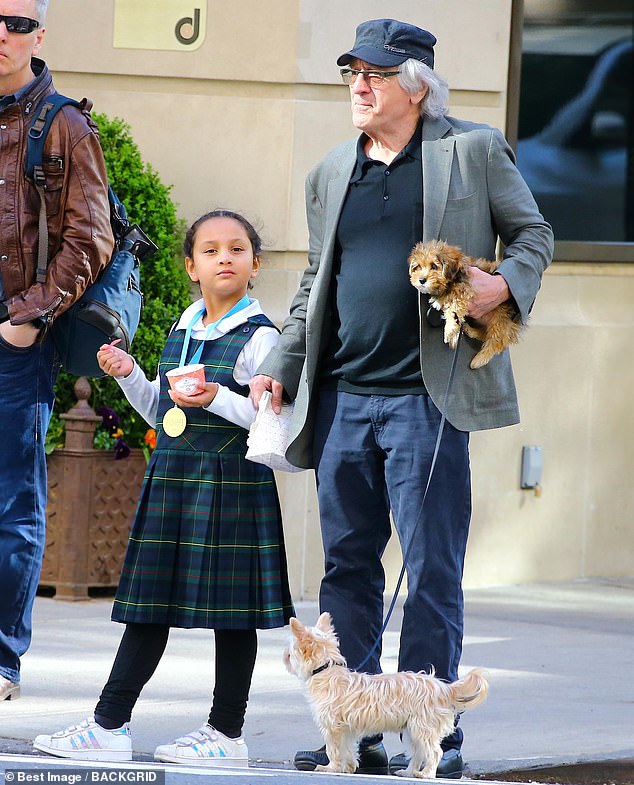 Relaxed afternoon: The Heat star was dressed casually for the afternoon outing, with a black polo shirt and a charcoal blazer, while Helen wore a smart plaid outfit and proudly displayed a medal around her neck

Robert had picked up some ice cream, which his daughter savored during their walk.

The father–daughter duo were joined by their two cute dogs, one of which was tiny enough for the actor to hold him in his hand.

Though he’s obviously a dog lover, he once pretended to be totally oblivious to our canine friends.

In April 2018, the actor appeared in a hilarious sketch on The Tonight Show where he claimed to have never owned — or even seen — a dog before.

After Jimmy Fallon pointed out a labradoodle, De Niro mistook it for a large rabbit. 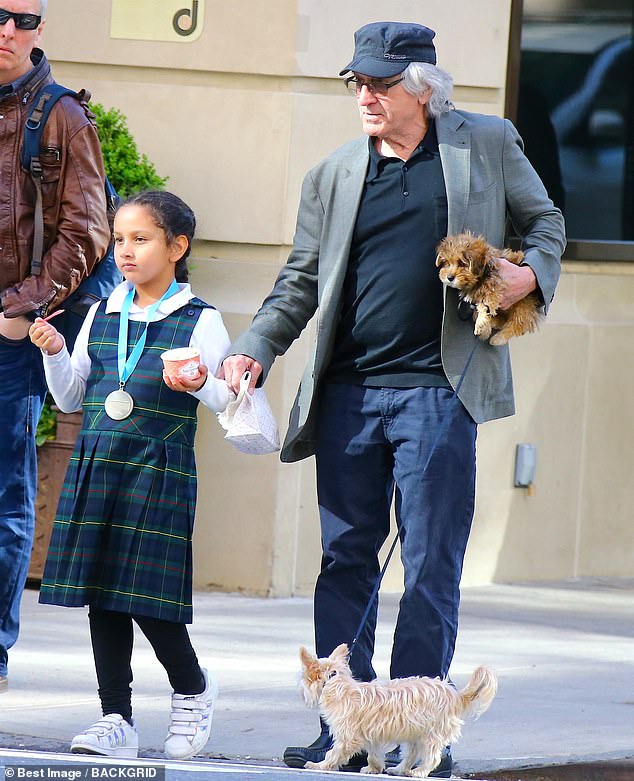 Good boys: The father–daughter duo were joined by their two cute dogs, one of which was tiny enough for the actor to hold him in his hand

The Raging Bull star separated from his daughter’s mother, Grace Hightower, in November of last year. The two were married in 1997, though they split two years later, before reconciling and renewing their vows in 2004.

Earlier this year, she was the subject of a custody battle between her parents. reported that De Niro was attempting to secure joint custody for both parents.

He was granted an anonymous moniker for his divorce filing in Manhattan on December 13, a rare option only given out ‘sparingly’ and meant to preserve children’s ‘health and welfare.’ 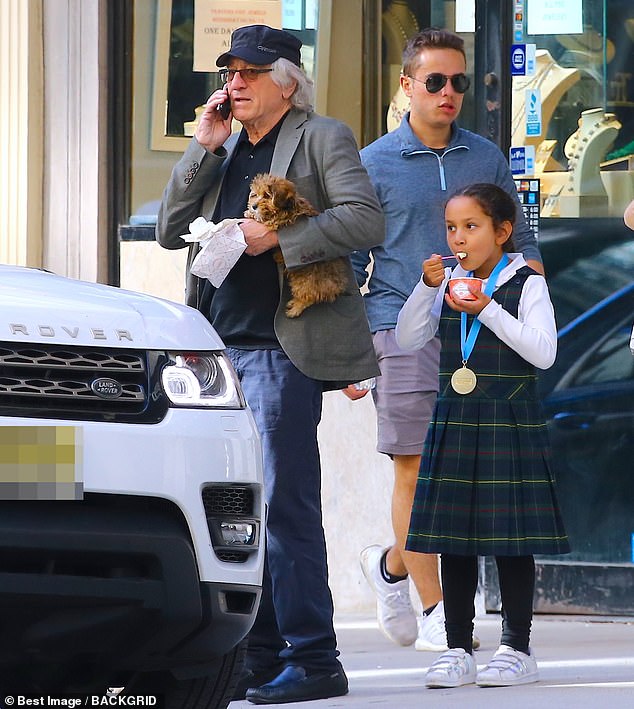 Stepping out: The Raging Bull star was engaged in a battle for joint custody in January with Helen’s mother Grace Hightower, whom he filed for divorce from in December 2018

Robert and Diahnne were married 1976-1988, and she had small roles in some of his films, including Taxi Driver and The King Of Comedy.

Lady Gaga takes a smoke break ... after shutting down rumors of a love affair with Bradley Cooper
Whoops! Ashley Graham suffers a wardrobe malfunction on the runway
Caroline Flack gets back to reality after her girls' trip to Dubai as she stocks up at supermarket
Kimberley Garner looks effortlessly chic during Milan Fashion Week show
Kaia Gerber, 18, watches Knicks game with rumoured fling Pete Davidson, 25
Kate Beckinsale and Machine Gun Kelly leave party together
Britain's Got Talent semi-finals will be pre-recorded to air this autumn
Laura Anderson relaxes by the pool in a brown swimsuit on Dubai trip