star Perrie Edwards has been announced as the new face of fashionable trainer brand, Superga, SS19.

Posing for a new set of images, the pretty blonde, 25, put on a leggy display as she modelled a series of summery looks while wearing various styles of footwear.

In one shot, she reclined on a table, while wearing a nude lace top and matching shorts as she draped a jacket off her shoulders and wore the flatform trainers. 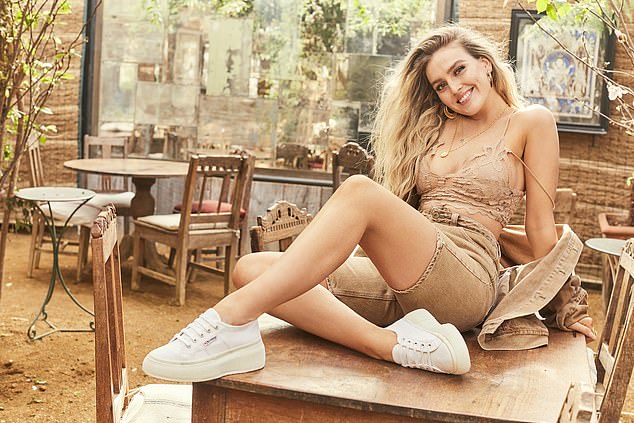 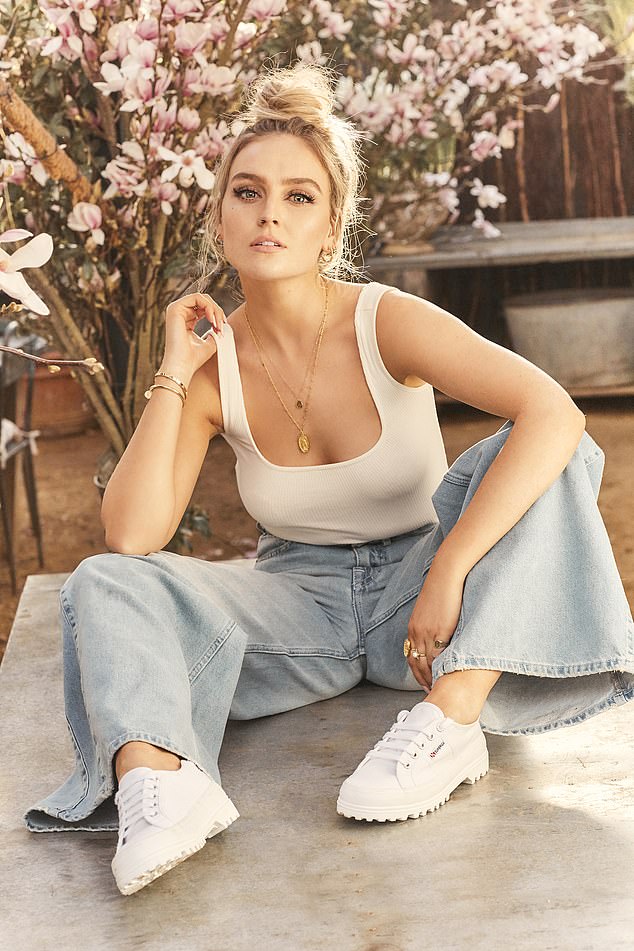 She also wore a white vest top and wide-leg jeans, with the white espadrille trainer, while sitting in front of a magnolia tree.

Another look saw her modelling a mini under a knotted shirt and in a final campaign image, she wore a white cotton ensemble under an oversized denim jacket.

Perrie’s curated edit is set to launch on April 25 and will focus on new shapes, textures and colours, with prices ranging from £50-£62.

The pretty blonde said: ‘I’m really excited to be working with Superga on their new product range.

‘It’s a brand I’ve loved and worn for a while now, as I love the style and fit of their shoes. They’re really cute and so versatile, I love them!’ 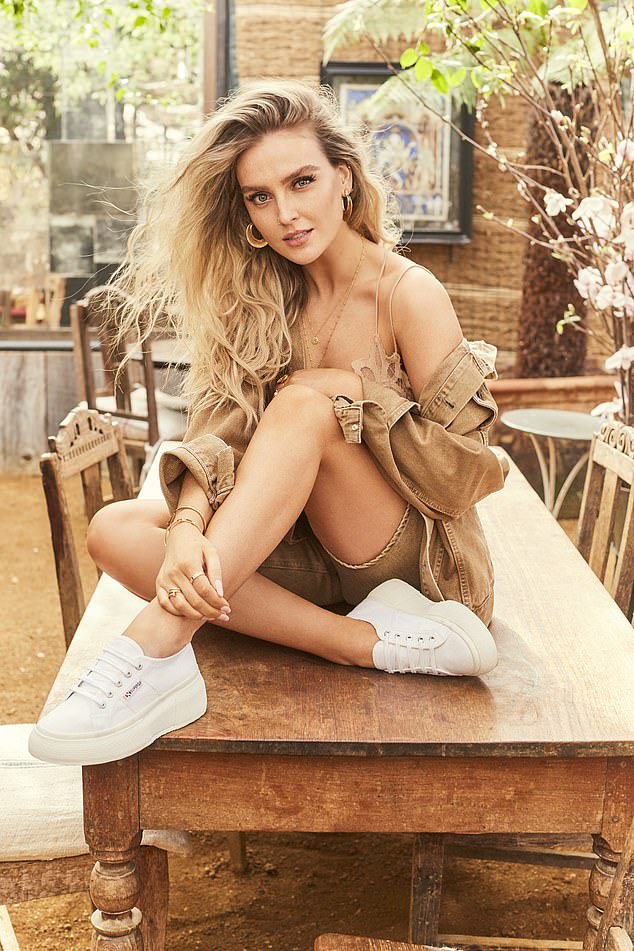 Step into style like Perrie in trainers by Superga 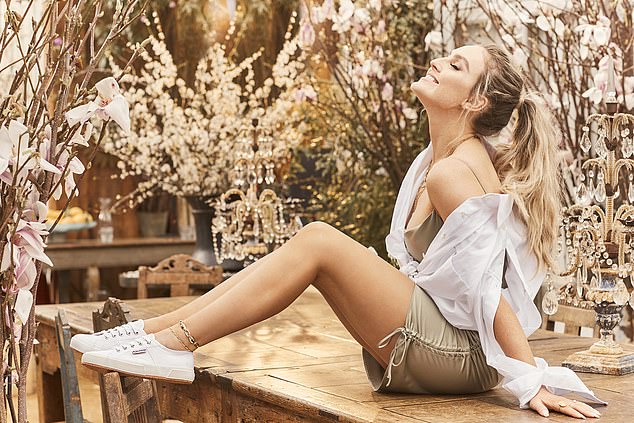 She added £700 Yves Saint Laurent shoes to her ensemble and told her fans that she had bought her dress from a charity shop.

Perrie said: ‘ALSO my mam bought me this dress from a charity shop and altered it. GENIUS.’

The singer recently revealed that her anxiety had left her in a ‘dark place’ and she had suffered severe panic attacks. 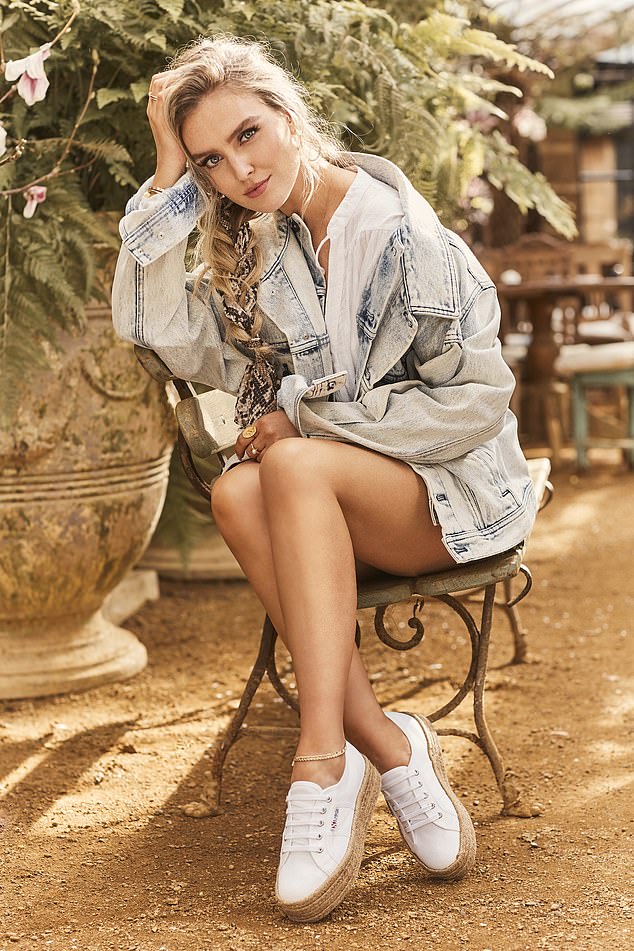 She wrote: ‘Venting your feelings is healthy and I want to be honest with you all. Over the past few years I have suffered really badly with anxiety and panic attacks.

‘When I first started to feel the effects of anxiety I thought I was losing my mind and it terrified me,’ she said, adding that she felt like she was the only person experiencing her feelings.

She explained that she was unsure what triggered her first attack but said that she soon spiraled into a ‘really dark place’ and felt ‘alone and scared’. 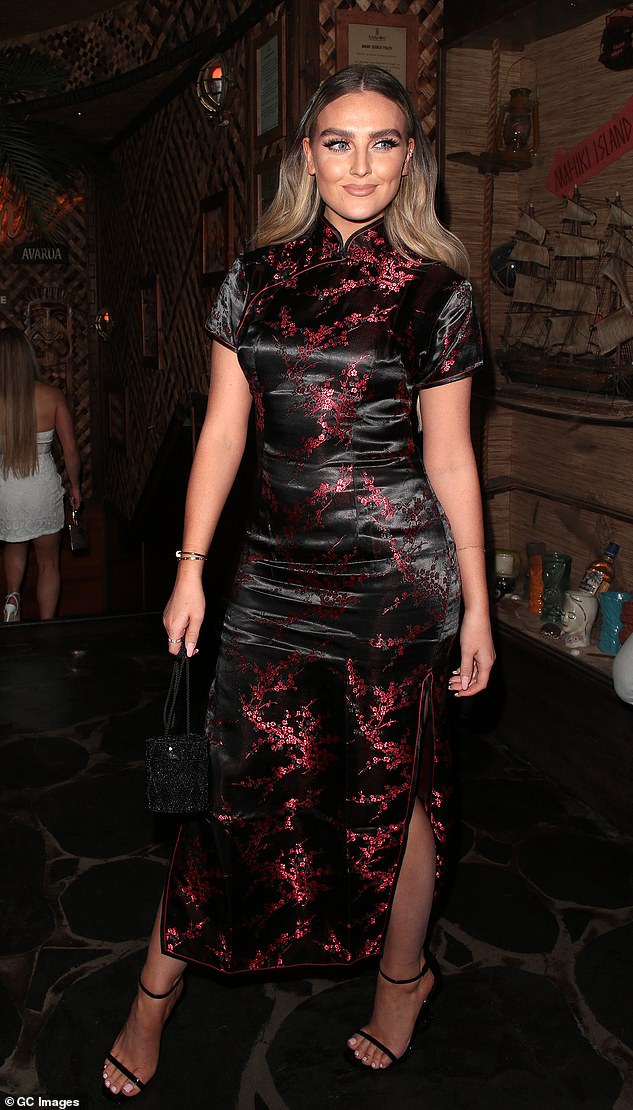