Pia Miller is looking on the bright side of life following her rumoured split with fiancé Tyson Mullane.

The former star, 35, soaked up the sun on Wednesday during a trip to the beach in Sydney.

Sharing a photo of herself to Instagram, the actress flaunted her sensational figure in a patterned bikini and denim shorts. 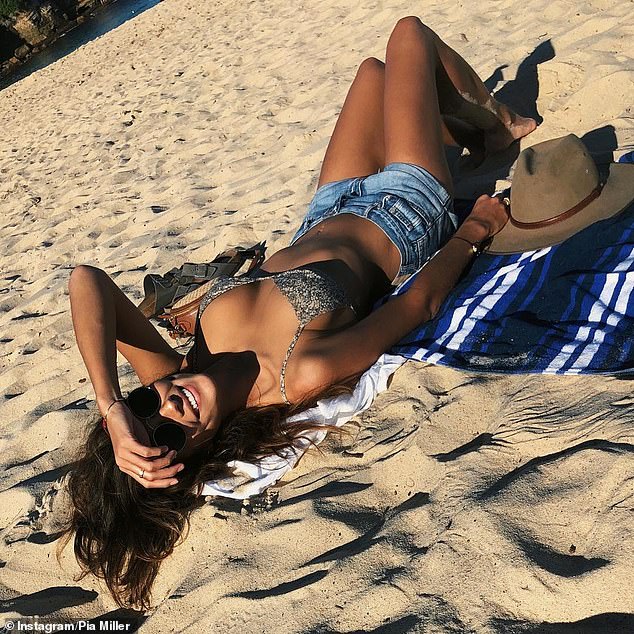 Wish you were here? Former Home and Away star Pia Miller soaked up the sun in a bikini on Wednesday, three weeks after her rumoured split with Tyson Mullane. Pictured in Sydney

In the photo, Chilean-born Pia gazed into the camera behind dark sunglasses while lying back on striped beach towel.

She accompanied her bikini snap with an inspirational quote from late African American poet, Maya Angelou.

‘”Determine to live life with flair and laughter”… OK, Maya!’ she wrote in the caption. 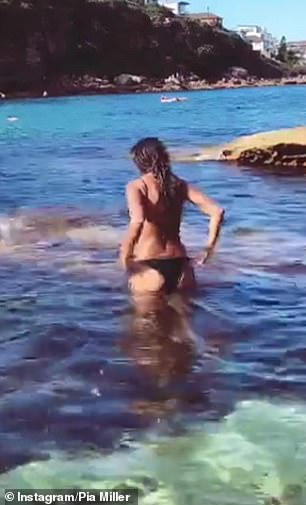 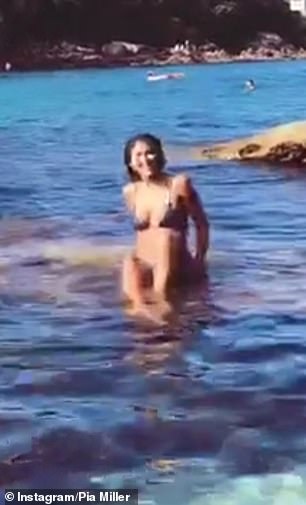 Fun in the sun: In a video shared to her Instagram story on Thursday, Pia flashed fans a glimpse of her pert derrière as she mounted a stone in a rock pool

The following day, Pia shared footage to Instagram of herself in the same bikini while going for a dip in Gordons Bay, north of Coogee Beach.

Three weeks ago, it was reported that Pia had quietly split with her fiancé, business owner Tyson Mullane.

The pair, who got engaged in November 2017, have apparently moved out of their shared home but remain ‘close friends’. 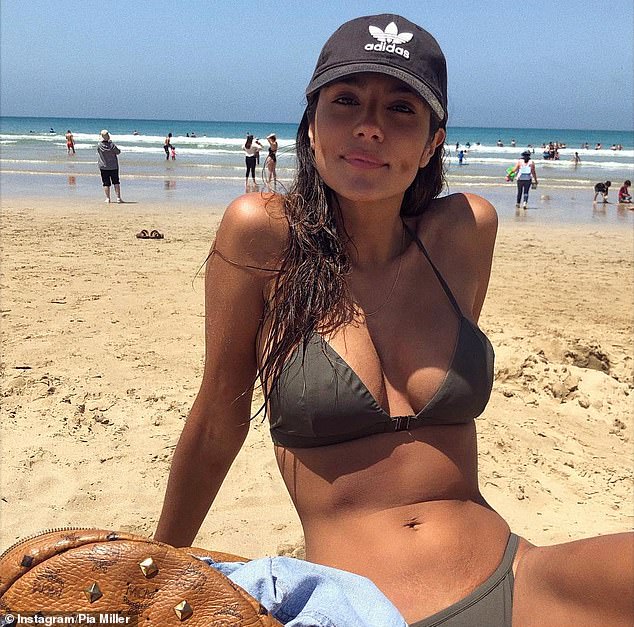 Single? Three weeks ago, it was reported that Pia had quietly split with her fiancé Tyson, 30

The pair first sparked break-up rumours in January, when fans noticed that Pia had stopped sharing photos of the couple to Instagram.

Pia has not been wearing her engagement ring for several months, and was not wearing it at the beach in Sydney on Wednesday.

According to Woman’s Day magazine, the pair called it quits due to their lives ‘taking off in different directions’.

A source said that Pia’s constant travelling and long working hours made it hard for the couple to spend quality time together. 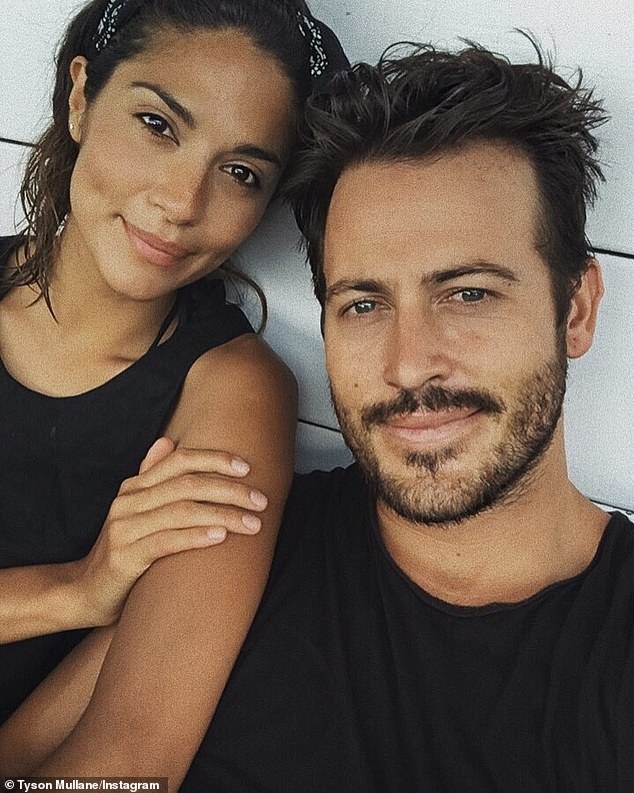 In happier times: Pia Miller and Tyson Mullane are pictured before their rumoured break-up