Extinction Rebellion protestors have glued themselves to the entrance of the Stock Exchange on the final day of protests in the capital.

Two women and five men were seen glued to the doors of the financial institution and to each other in central London this morning.

Another five men and a woman have also been seen glued to a second entrance.

Yesterday climate change activists voluntarily offered to end their near two-week campaign, which has meant travel chaos, business losses and more than 1,000 arrests.

But they said they plan for a full day of final demonstrations today and warned Londoners and politicians to ‘expect more action very soon’. 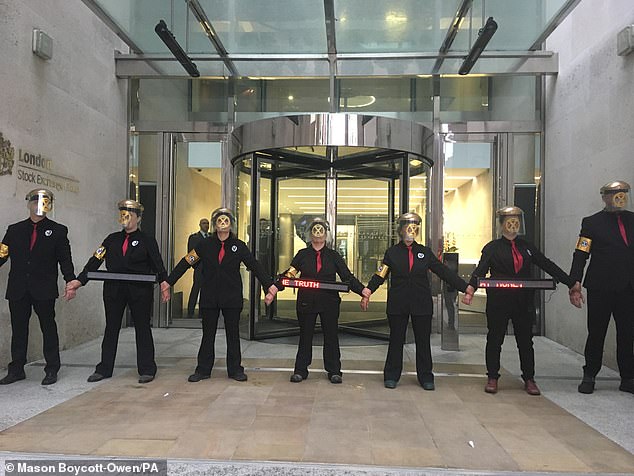 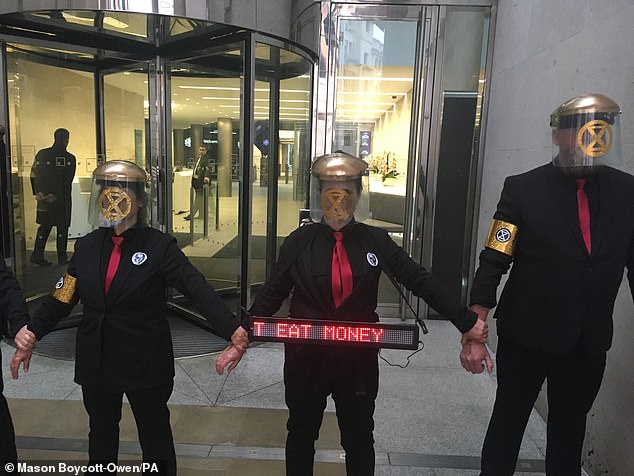 One protestor is seen in a black suit and red tie with a protective face guard sporting the Extinction Rebellion logo. They are seen holding a sign that says ‘eat money;’

At 5pm today they are promising a ‘closing ceremony’ at Speaker’s Corner in Hyde Park.

In a statement on the London campaign coming to a close, Extinction Rebellion said: ‘It is now time to go back into our communities, whether in London, around the UK or internationally.

‘This movement is not just about symbolic actions, but about building the necessary resilient and regenerative culture that the world needs now.

‘The truth is out, the real work is about to begin. The International Rebellion continues. Expect more actions very soon.’ 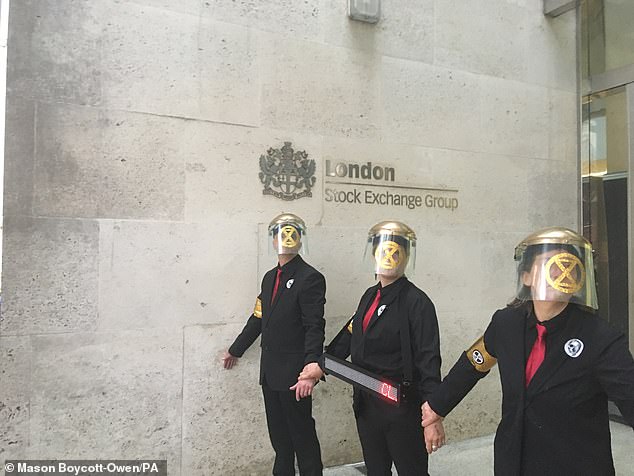