Iran has today backed away from reports that jailed charity worker Nazanin Zaghari-Ratcliffe could be released as part of a prisoner swap.

Iranian foreign minister Javad Zarif had appeared to suggest the British-Iranian mother could be freed in exchange for an Iranian woman held in Australia on a US extradition request.

However, in a later interview, he clarified his earlier comments, saying Mrs Zaghari-Ratcliffe was a ‘separate case’ from those prisoners held at the behest of the Americans.

It comes just hours after her husband, Richard Ratcliffe said the claims she could be freed in an exchange was ‘real hope’ that she ‘could be home very soon.’ 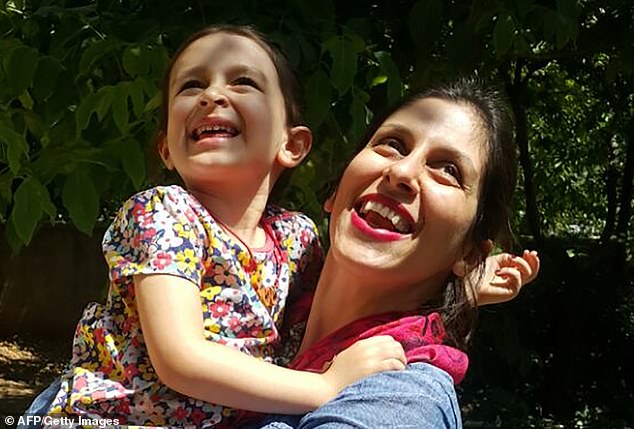 Mrs Zaghari-Ratcliffe was arrested with her infant daughter Gabriella on April 3 2016 at Tehran’s Imam Khomeini Airport as she prepared to board a plane back to the UK after visiting relatives.

Mr Zarif said today: ‘The offer that I made was people who have been in prison either in the United States or elsewhere in the world on American request. But the Iranian-British woman is a separate case.’

Downing Street confirmed that the Government had not received any approach from Tehran about a possible prisoner exchange.

The Prime Minister’s official spokesman said: ‘The treatment of all British-Iranians detained in Iran, including Nazanin Zaghari-Ratcliffe, is a priority for the Government. 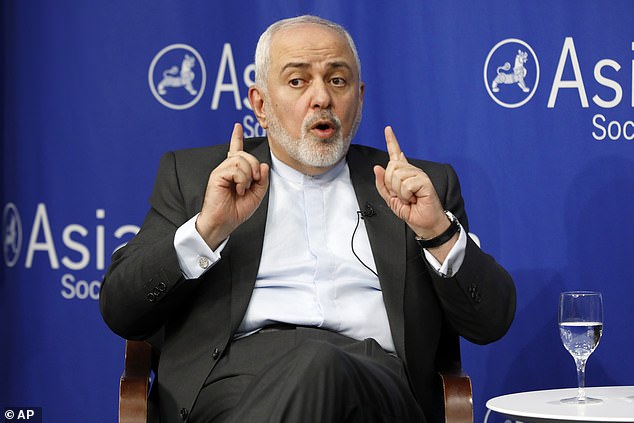 ‘We remain concerned about all of our consular cases and raise them at every level and every opportunity.’

Earlier, speaking to the Asia Society in New York on Wednesday, Mr Zarif appeared to link the case of Mrs Zaghari-Ratcliffe – who is serving a five year prison sentence for spying, a charge she vehemently denies – with that of the woman held in Australia.

‘Now we hear about Nazanin Zaghari and her child, and I feel sorry for them and I have done my best to help, but nobody talks about this lady in Australia who gave birth to a child in prison whose child is growing up outside prison with mother in prison,’ he said.

‘So, what can I do as a foreign minister? And I put this offer on the table publicly now. Exchange them.’ 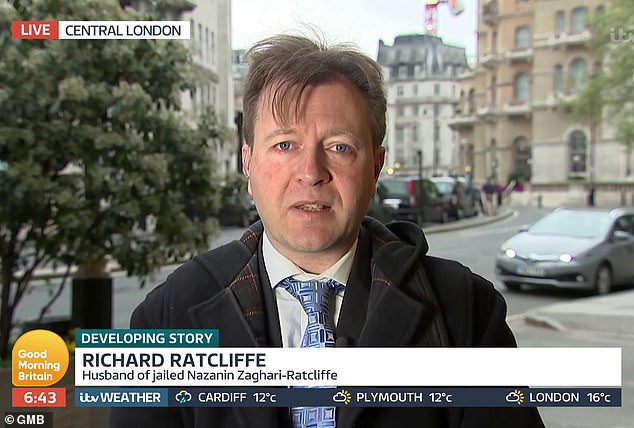 Mr Ratcliffe said his family were ‘very surprised’ after the announcement yesterday but said it was ‘important not to get our hopes up too high.’

Speaking on Good Morning Britain today from central London, Mr Ratcliffe said before the foreign minister’s claims, her family were hoping she would get released on medical grounds, after suffering ‘multiple health complaints.’

He told the ITV programme: ‘We were very surprised. We weren’t expecting it at all.

‘We never had any inclination that there would be anything like a prisoner swap.

‘It’s important not to get hopes up too high. We’ve had bumps, genuine hopes that have become false storms.

‘There’s a potential for real hope, and she could be home very soon.’ 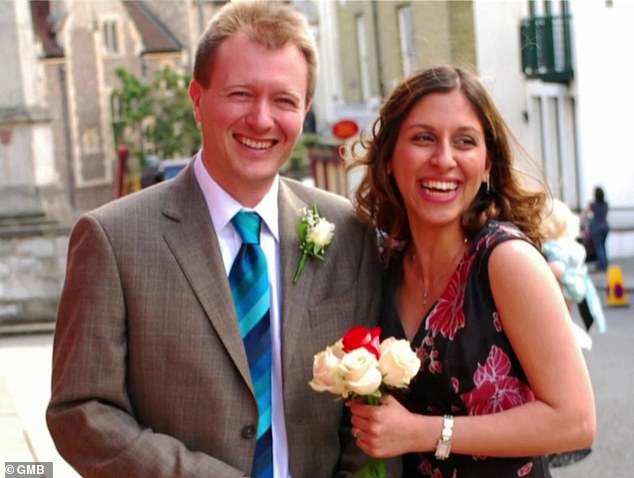 Mr Ratcliffe, pictured with his wife, told the ITV programme today that: ‘We were very surprised. We weren’t expecting it at all’ before the foreign minister backtracked on the claims

He added: ‘What we were hoping for behind closed doors was a medical release.

‘She’s had multiple health complaints, so we were hoping that was going to lead somewhere.’

He added: ‘We need to speak to the Foreign Office about it.

‘It’s a much more complicated set of arrangements than we would have expected.

‘I need to bluntly have a conversation with UK and state department.

‘Without getting carried away, it’s a good thing, that’s something good for the Foreign Office to work on.’

Speaking about how she is coping in prison, he said she ‘goes through phases’ anbd lives ‘milestone to milestone’ but fears she could go on hunger strike again if she is not released soon.

He said: ‘Iranian New Year passed and that was a milestone she wanted to be home by.

‘She’s been getting very low on the phone.

I don’t think it’ll be much longer until she does something again – hunger strike like last time.’

Mrs Zaghari-Ratcliffe was sentenced to five years in jail after being accused of spying by Tehran’s Islamist regime, a charge she vehemently denies. 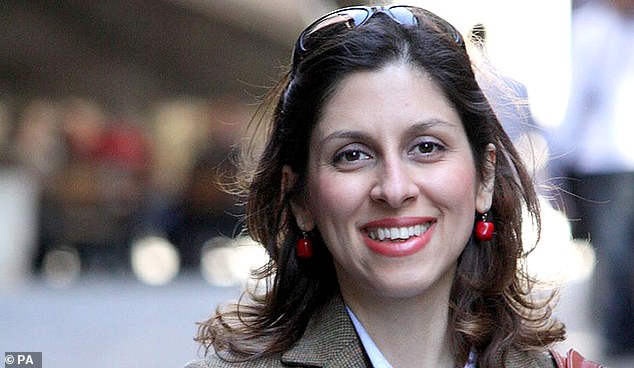 The 40-year-old is serving a five-year sentence in Tehran’s notorious Evin Prison.

The trial by a Revolutionary Court in Tehran was widely condemned as unfair and she strenuously denies the charges against her.

But Tehran refuses to acknowledge her dual nationality and said the UK’s actions were illegal.

Mr Hunt met Mr Zarif last September and wrote on Twitter: ‘I pressed for swift resolution on all our dual national consular cases, including Nazanin. NOT acceptable to detain innocent people arbitrarily at the cost of enormous human anguish.’

Prime Minister Theresa May has also told Iranian President Hassan Rouhani she had ‘serious concerns’ about the jailing of Mrs Zaghari-Ratcliffe.

Burger King customer, 31, slams fast food chain after finding fungi in restaurant toilet
Police reconstruct face of man who lay dead in a barn for a year in bid to uncover his identity
The unorthodox candidates who are headed to Brussels as MEPs
Passenger tries to open the door on British Airways jet from Heathrow to Saudi Arabia
Archbishops JUSTIN WELBY and JOHN SENTAMU: We must all be good Samaritans
Holiday home owners have claimed £50m of taxpayers' cash intended to help small firms in Cornwall
ALISON BOSHOFF reveals the family background of Brooklyn Beckham's heiress fiancée
Long-awaited NHS contact tracing app will launch in England and Wales in two WEEKS