Heidi Allen, interim leader of Change UK, set up by The Independent Group of MPs known as the TIGgers, launched their campaign in Bristol today.

Announcing his Change UK candidacy, Mr Esler, who left the BBC after 40 years and is Chancellor of the University of Kent, claims the 2016 referendum was won with ‘lies and cheating’  and said: ‘We have to stop now’

He added: ‘I’ve joined this Remain alliance for three reasons: Stop Brexit, fix Britain, and move on to reform the EU’. 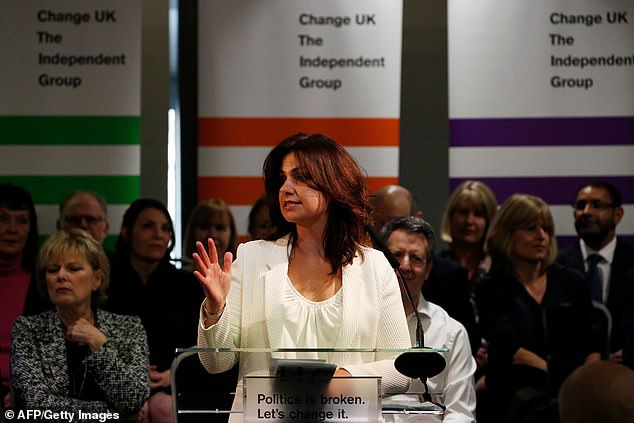 Interim leader Heidi Allen of the new pro-EU political party, Change UK speaks at the launch of their European election campaign in Bristol and unveiled Rachel Johnson as a candidate (far right of picture) 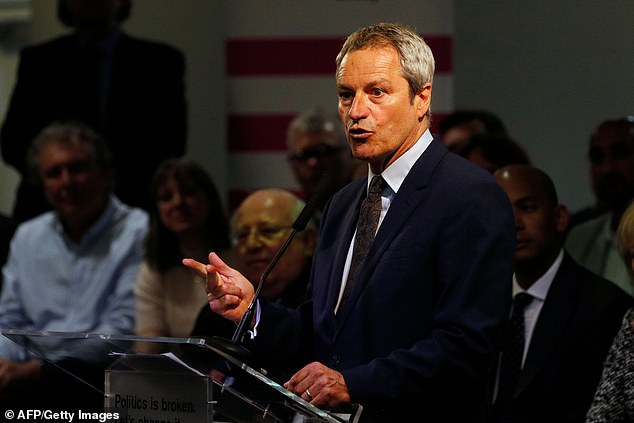 Boris Johnson’s sister Rachel is also to stand as a European election candidate for Change UK in the South West region.

She announced her move at an event to launch the party’s election campaign in Bristol and has taken a swipe at her Brexiteer brother.

She told the Standard that Brexit must be stopped because it would ‘rub out my children’s prospects and chances of living and travelling and working in Europe’.

She said: ‘These are chances that the politicians who decided to campaign to Leave have enjoyed themselves.

Change UK interim leader Heidi Allen told the event that 3,700 people had offered to stand as party candidates in the European elections.

‘This is no rebel alliance – this is the home of the remain alliance,’ she said.

Mr Esler, who is standing for the party in London, slammed Nigel Farage and Jacob Rees-Mogg as ‘pretend men of the people’.

He described them as the ‘posers of Brexit’ and said they were ‘selling the same old snake oil’.

‘They claim to speak for the people – they do not,’ Mr Esler said.

‘They stole our patriotism and I want it back.’

Mr Esler, who has more than 40 years’ experience in journalism, said: ‘I have never been a member of a political party but I am now.

‘I have never been a candidate in an election but I am now.

‘I have never been seriously worried about the future of our country but I am now.

‘Our political system is a joke. It is a worldwide joke.