The body of a ‘kind-hearted’ teenage football coach with an ‘amazing smile’ was found at a flat in Stoke over the Bank Holiday weekend.

The youth football coach had been due to go shopping with a friend the next day.

A police cordon was in place at the scene for the rest of the Bank Holiday weekend, while Stoke City fans organised a round of applause during the 18th minute of their Championship game against Norwich on Monday to remember the 18-year-old.

Her best friend Ricardo Eccles told the pair had been due to go shopping in Manchester the day after her death and he was devastated to hear the news.

He said: ‘When I got the phone call to say that it was Meg, I was so shocked. I refused to believe it at first.

‘Her life has been cruelly cut short in its prime. She’d only just turned 18. She had her whole life ahead of her. It’s just heart-breaking.’

He added: ‘She had the kind of smile that meant you couldn’t help smiling too.

‘I’ve been a complete mess for a few days but I have to try to pull myself together for Meg.’

Mr Eccles has launched a crowdfunding campaign to help with the costs of Megan’s funeral – already raising £2,300.

A round of applause took place during the 18th minute of Stoke City’s game against Norwich on Monday to mark Megan’s death.

The teenagers had met when they both lived in the same road but would still meet up every few days. 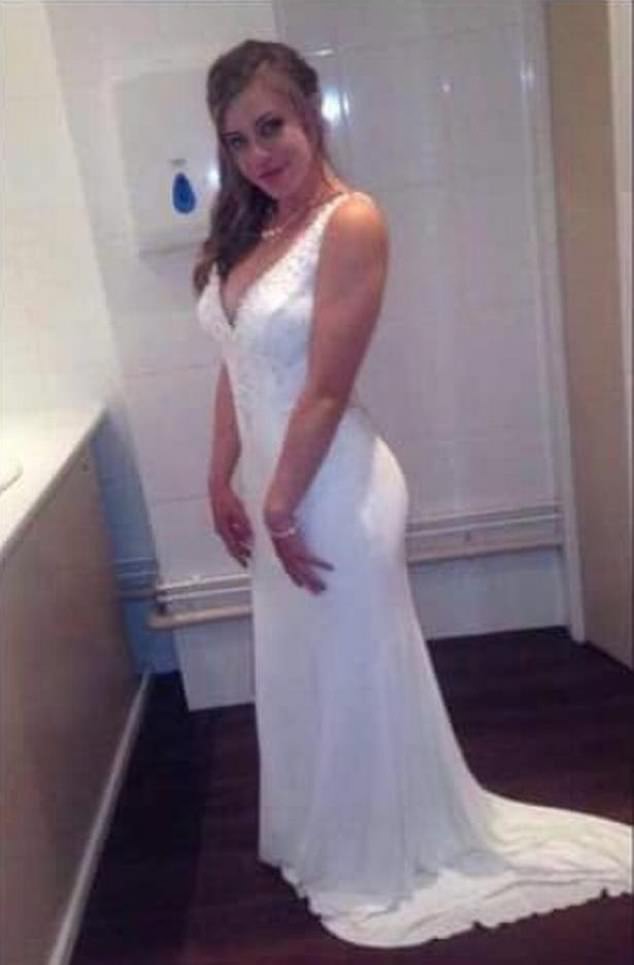 Mr Eccles added: ‘She was a really bubbly person and had a really outgoing personality.

‘She was there for everyone who needed her. She would be there for her friends at the click of a finger. She was an amazing person.

‘She was just a normal teenager. We’d sit and watch films together and go shopping. I remember her getting a Halloween costume and she looked absolutely stunning.

‘She absolutely loved football, she was mad for Stoke City. It was a real passion. She was working training young children in football when she died.

‘She had a really happy life and very much lived it to the full. She loved kids and wanted her own when she was older.

‘We’d also go out clubbing in Hanley. We just did the stuff that normal teenagers do. We were living the teenage dream.’ 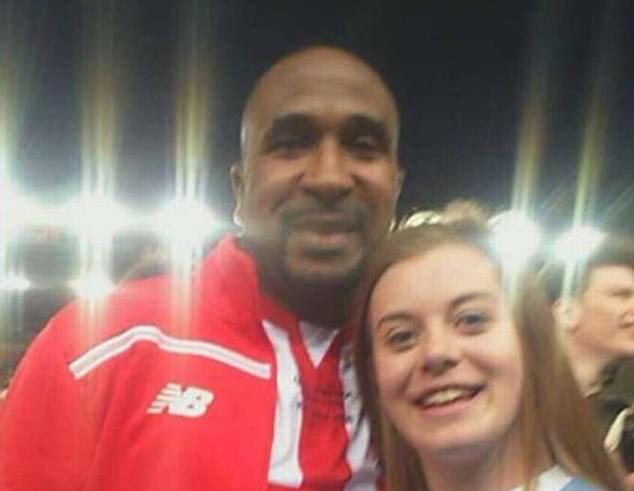 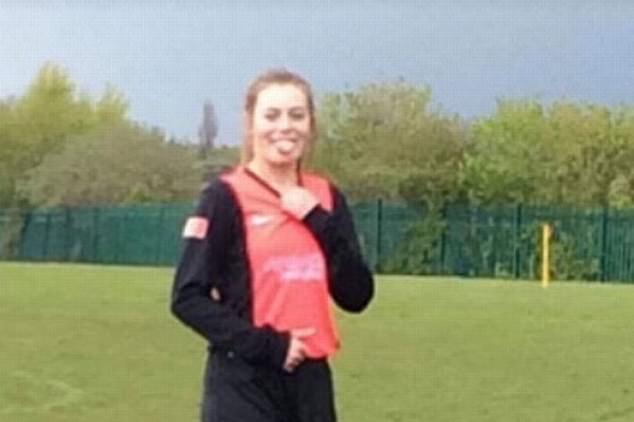 Megan, 18, was working as a youth football coach before she died

Another close friend posted on Facebook: ‘I honestly can’t stop thinking about you. 3.15am and you’re on my mind.

‘You did not deserve any of this Meg, so many people have supported you.

‘A minute applause at Stoke where all of the fans clapped for you to the point my mum could hear the noise from my bedroom window.

‘So much money raised already and you will have the best send off, i promise you.

‘Everybody misses you so much Meg. I honestly can’t get my head around anything that’s happened, it doesn’t seem real at all. I love you so much meg.’

Staffordshire Police said in a statement: ‘Detectives investigating the death of a woman in Stoke have charged a man with her murder.

‘The charge relates to the discovery of a woman’s body on Saturday afternoon (20 April) at a property in Fletcher Road, Stoke.

‘Formal identification of the deceased woman is yet to take place.

‘The woman’s family are being supported by specially-trained officers at this time and we would kindly urge people to respect their privacy and not to speculate as to her identity or the circumstances of the case as enquiries continue.’ 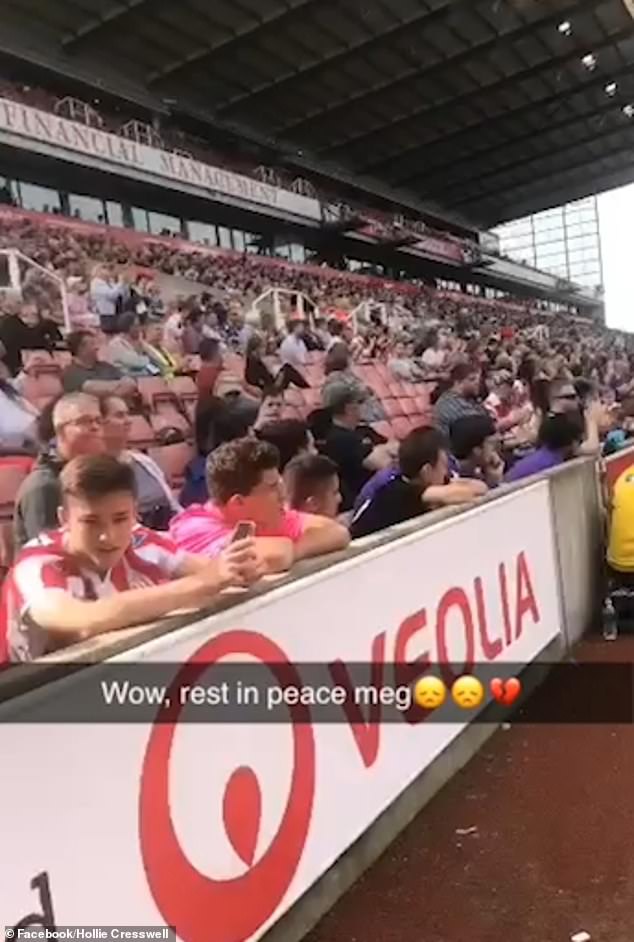 Has the mystery of Alexander the Great's death been solved?
Russian model faces charges after 'letting youths fondle her breasts' during topless protest
Princess Anne pulls the plug on Gatcombe horse trials
Pre-packed sandwich firm that supplies NHS has been slammed by inspectors for 'risking food safety'
PM rivals told shutting down Parliament to force through a No Deal Brexit would be a 'KAMIKAZE ACT'
Jeremy Corbyn 'wants Boris Johnson's deal to put him out of his misery over Brexit'
Boris Johnson FINALLY breaks cover to be grilled by MPs on Iran crisis
Greta Thunberg tells world leaders that 'nothing has been done to fight climate change'