This is the first picture of a 27-year-old woman who was found dead in a torched flat over the Easter weekend.

Leah Fray’s body was found in the burnt-out property in the Highfields area of Leicester yesterday morning.

A murder probe is now underway and detectives investigating the incident have today launched an urgent appeal for anyone who knew Leah to come forward. 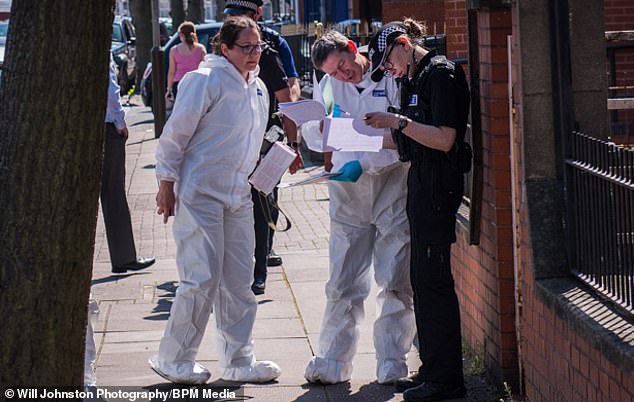 Detectives have launched a murder probe after the body of a 27-year-old woman was found in a burned-out flat in the Highfields area of Leicester. Pictured are detectives on Mere Road where the woman was found dead

Detectives have said a cordon remains in place at the property, on the junction of Mere Road and Diseworth Street.

No arrests have been made in connection with the incident.

Officers have appealed for anyone in the Mere Road area on Sunday morning to come forward.

She said: ‘From our initial inquiries, we know that Leah associated with a lot of different people across Leicester.

‘Today, I am calling on anyone who knew her, recently saw or had contact with her to speak to police.

‘We owe it to this young woman and her family to find out who is responsible for her death.

‘Did you see anyone coming and going from her flat in Mere Road at any time between Saturday afternoon and early yesterday morning?’ 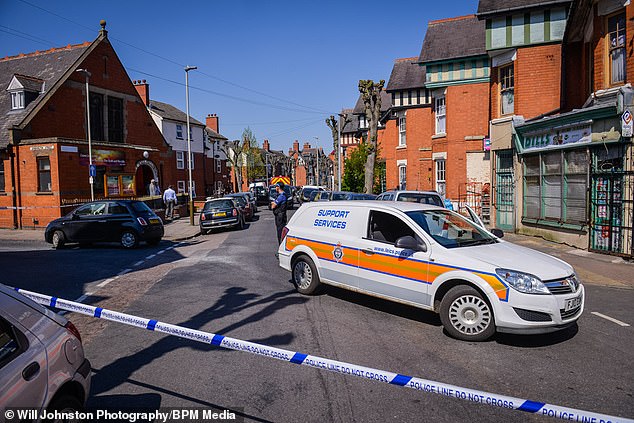 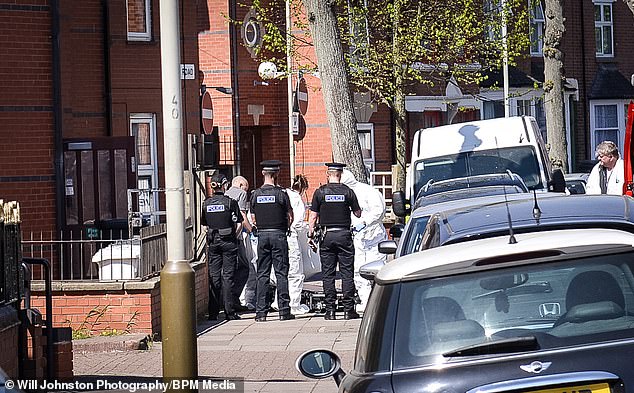 Detective Chief Inspector Michelle Keen, from the East Midlands Special Operations Unit Major Crime team, appealed for members of the public with any information to get in touch

Detective Chief Inspector Michelle Keen, from the East Midlands Special Operations Unit Major Crime team, added: ‘From inquiries carried out so far, we believe that the fire may have been started deliberately.

‘We are, therefore, treating this as a murder investigation and a cordon remains in place at the property in Mere Road.

‘I would ask anyone who saw or heard anything untoward at this location between 1pm on Saturday and 7.30am yesterday – and who has not yet spoken to police – to come forward with any information that you have.

‘Were you driving through the area or visiting the location yesterday morning? Maybe you were going to worship nearby? You may have information that could greatly assist my investigation and police would like to speak to you.

‘If you were driving through the area and have a dash cam installed in your vehicle or have CCTV installed at your property, please also make contact.’