is considering ‘boycotting’ Downing Street if he becomes Prime Minister under plans which have caused turmoil in Whitehall and dismay among his advisers.

Civil servants secretly preparing for a possible Labour Government have been told that Mr Corbyn would prefer to remain living in his four-bedroom North home and use No 10 purely as an office.

One Whitehall source also claimed that civil servants had discussed the prospect of the Labour leader being allowed to convert part of the famous No 10 Rose Garden into a vegetable plot, similar to the allotment which he famously tends. Vegetables were last planted in the Downing Street garden when Gordon Brown was Prime Minister. 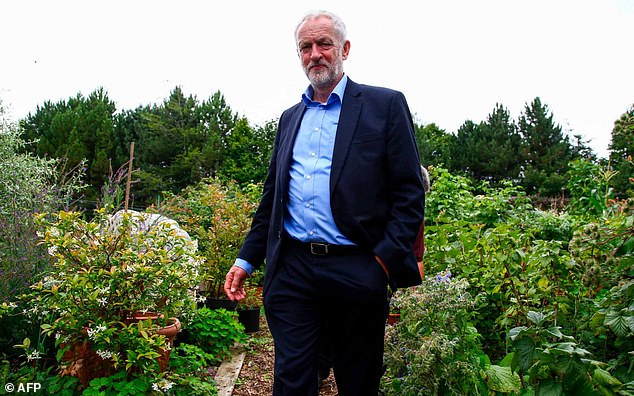 Last night, a source close to Mr Corbyn told The Mail on Sunday that he had been ‘openly discussing’ the plan to remain living in his relatively modest terrace house in his Islington constituency – despite his own aides protesting that it would be a security nightmare for the police.

The source said: ‘He just doesn’t want to live above the shop, even though he’s being told he will probably have to.’

With the opinion polls now suggesting that Mr Corbyn is within touching distance of No 10, Labour insiders say that he has not budged from his long-held view that he would prefer to keep living in his own house. 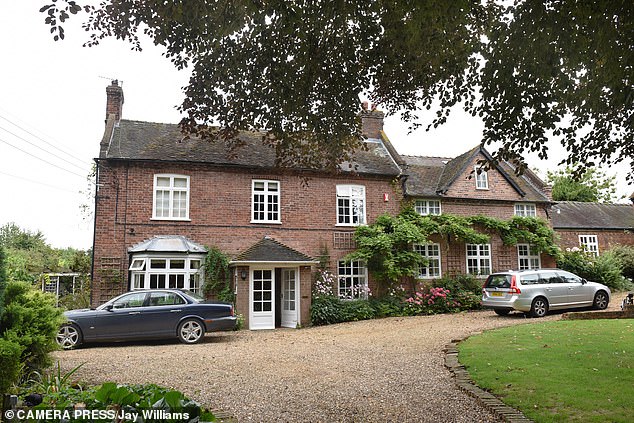 Tree Manor, Pave Lane, near Newport, Shropshire, the house where Jeremy Corbyn lived from aged six until he left home

One said: ‘It’s part of Jeremy’s attraction to voters – he just doesn’t want to give himself airs and graces. I think his wife Laura would also prefer not to move to Downing Street. It is a bit like living in a goldfish bowl.’

Mr Corbyn’s stance chimes with his lifelong, anti-elitist political credo – he once petitioned Tony Blair to move the Royal Family out of Buckingham Palace and into a ‘more modest’ dwelling.

But The Mail on Sunday understands that Mr Corbyn has been told that it would be completely impractical for him to commute from his Islington home.

A source close to the Labour leader said: ‘He’s been told it would be a nightmare. The police have said that there’s no way they could make his Islington home secure without sealing off the whole street.’ He added that Mr Corbyn’s aides had also implored him to realise he would have to move into Downing Street 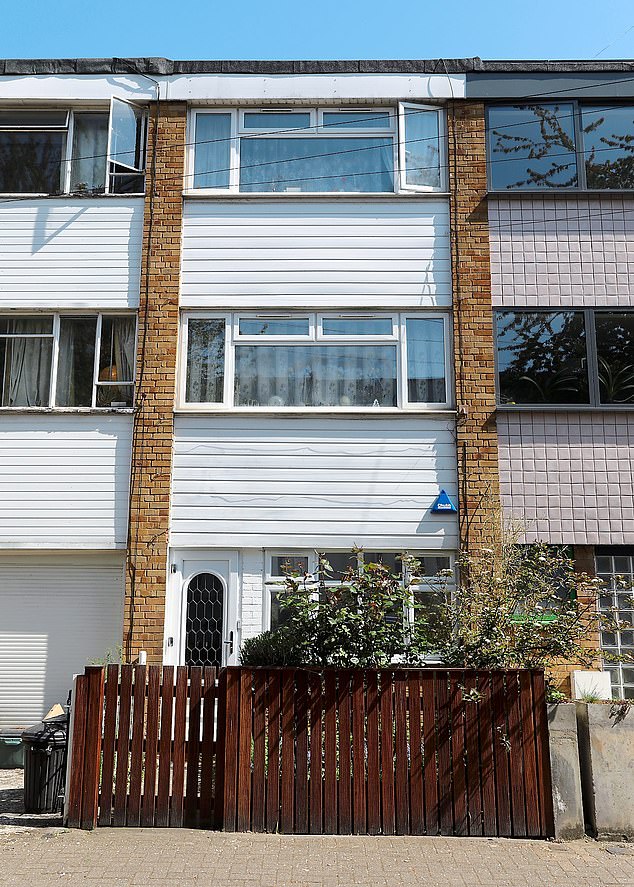 Last night, a source close to Mr Corbyn told The Mail on Sunday that he had been ‘openly discussing’ the plan to remain living in his relatively modest terrace house in his Islington constituency – despite his own aides protesting that it would be a security nightmare for the police

Last year, Mr Corbyn tried to win planning permission to extend his £750,000 home by adding a 10ft-high room to the front of the house only for the proposal to be rejected by the council after neighbours objected.

It was unclear last night what use Mr Corbyn might want to make of Chequers, the sumptuous 16th Century manor house in Buckinghamshire that has been the country home of the Prime Minister since 1921. But a close friend of the Labour leader joked: ‘The furthest he’ll probably want to go into the countryside is his allotment shed in deepest North London.’

The civil servants tasked with preparing Whitehall for the possible transition to a Labour Government have stepped up their efforts, with the most recent polls suggesting that, if a General Election were to be held tomorrow, Mr Corbyn would be in the best position to become Prime Minister by forming an alliance with the Scottish Nationalists.

If he stuck to his guns, Mr Corbyn would be the first Prime Minister not to live full-time in Downing Street since the Marquess of Salisbury more than 100 years ago.

When Mr Blair won power in 1997, he and wife Cherie swapped the cramped No 10 flat for the then much bigger apartment occupied by Chancellor Gordon Brown at No 11 to accommodate their children.

Labour last night said that talk about whether Mr Corbyn would live in Downing Street was ‘just Westminster village tittle-tattle’.

A source said: ‘We are fully focused on building support from the British people for a Labour government and we aren’t taking anything for granted.’

Drill rapper named Drillminister mocked after he appears on GMB in a balaclava
Seven people are injured in a ‘slashing attack’ during a fight at a London restaurant
President of the Seychelles gives world-first speech delivered from the ocean floor in submarine
WHO issues warning as measles infects 34,000 in Europe in two months
Moment cyclist riding on the pavement smashes into boy, five, knocking him flying
Meghan Markle lands back in Britain today for the first time since Megxit
Coronavirus UK: List of items most popular with panic-buyers
Coronavirus UK: Duncan Bannatyne blasts Richard Branson