Easter revellers in celebrated the warmest day of the year yesterday by hitting the town.

Temperatures soared to more than 70F yesterday –  giving revellers in the West Midlands city a perfect reason to celebrate the four-day bank-holiday weekend.

Glammed-up men and women were seen letting their hair down on the streets of Broad Street, Birmingham’s renowned part street, which is bursting with clubs and bars.

One man hit it so hard he found himself lying in a heap on the street and had to be carted off by an ambulance.

Temperatures have been tipped by forecasters to hit 81F in England today –  meaning the many thrill-seekers who have a Easter Monday lie-in to look forward to will likely be out on the town again. 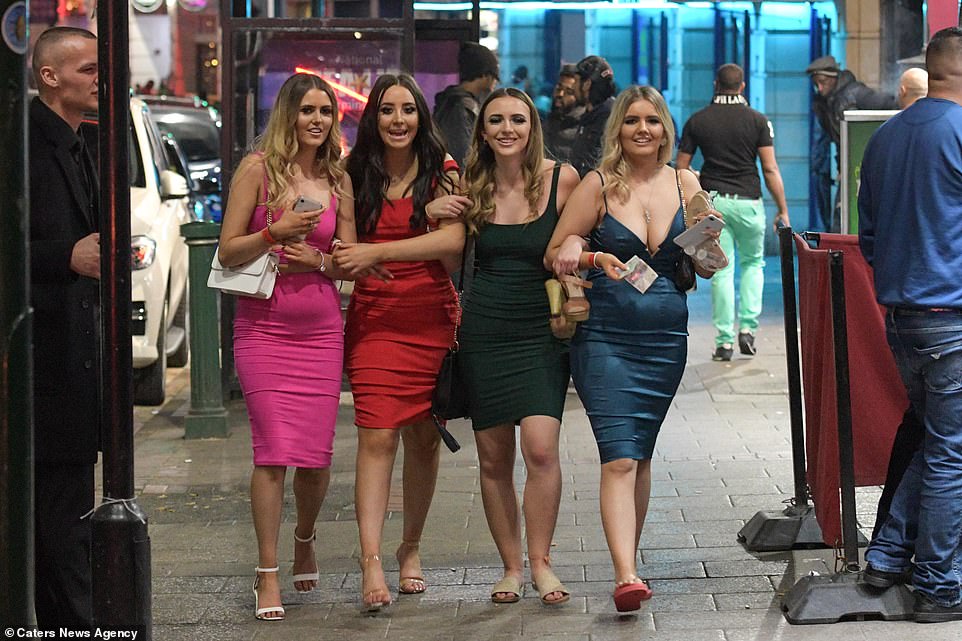 Glammed-up men and women including this foursome were seen letting their hair down in Broad Street, one of the most upmarket streets in Birmingham city centre 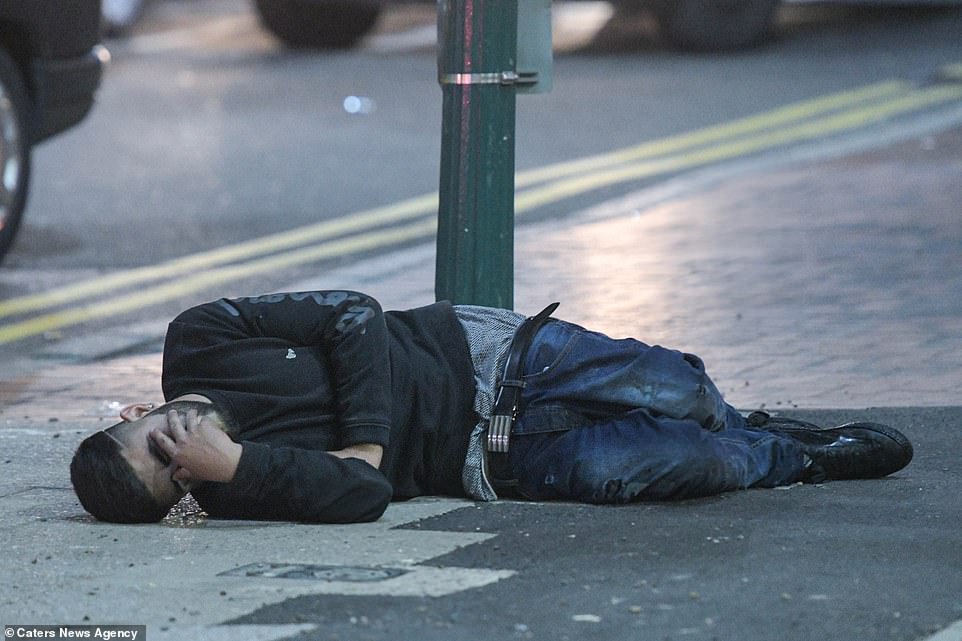 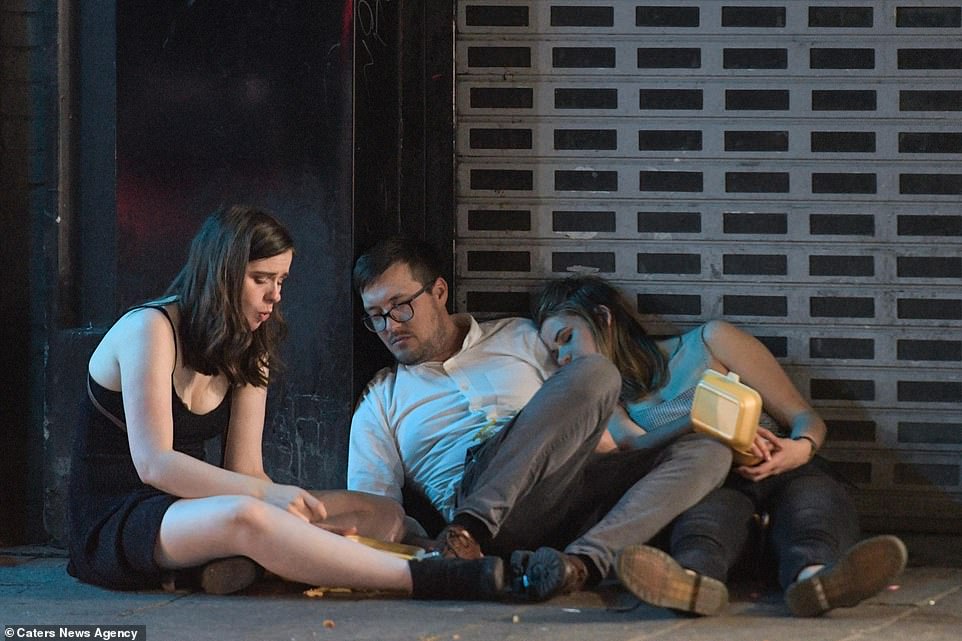 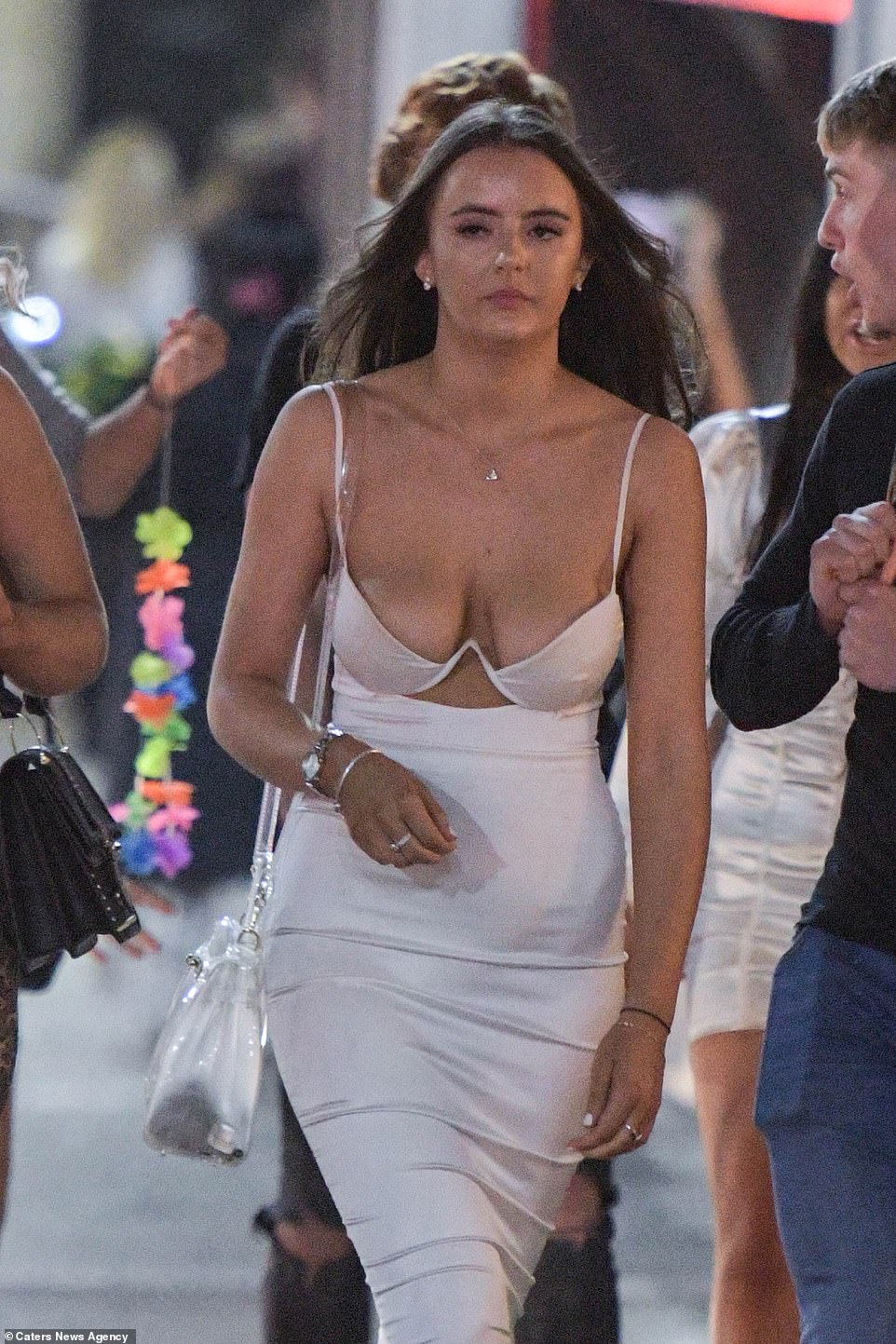 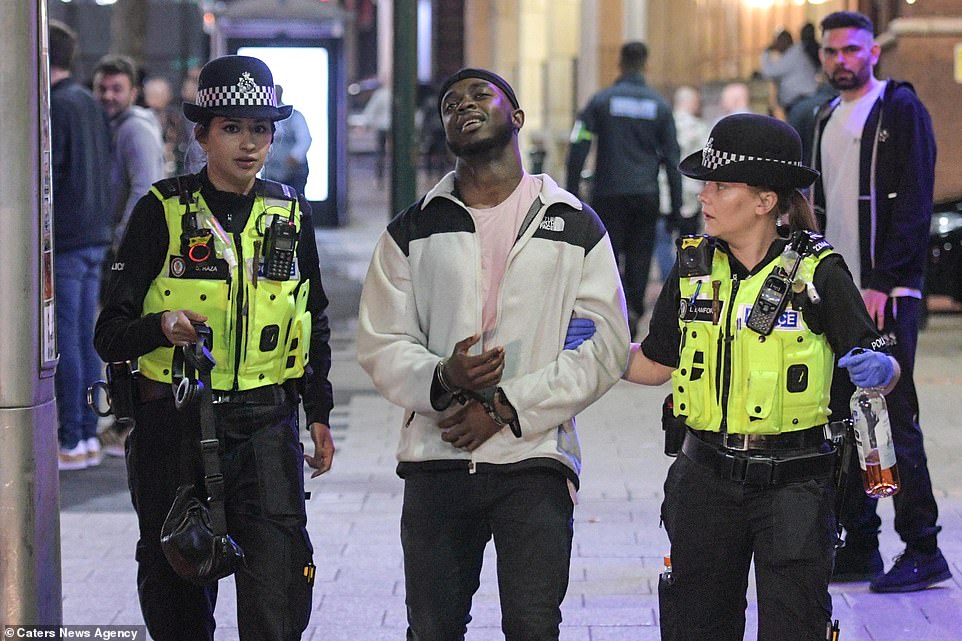 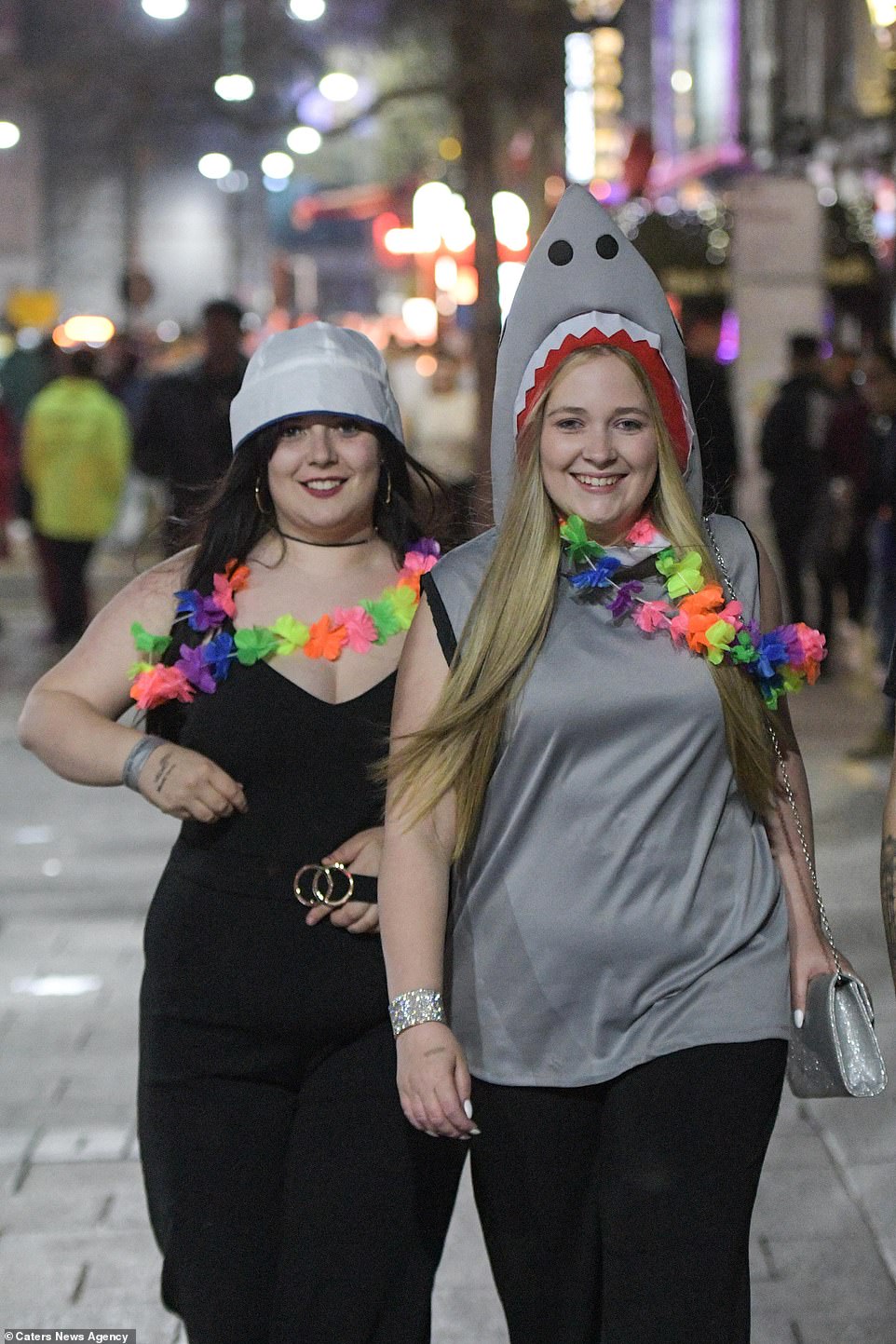 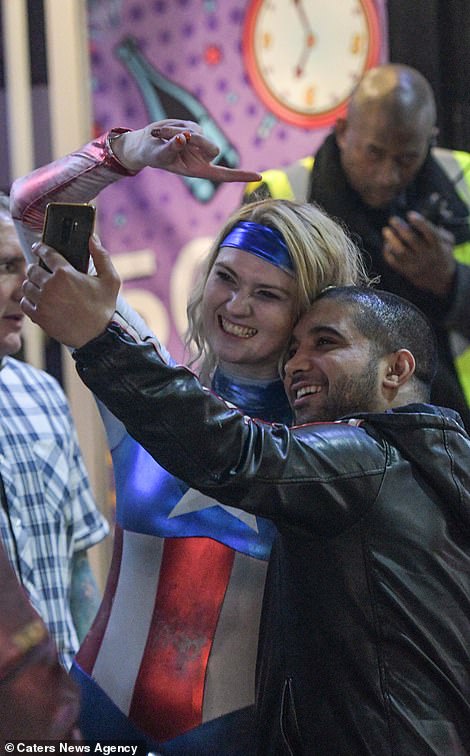 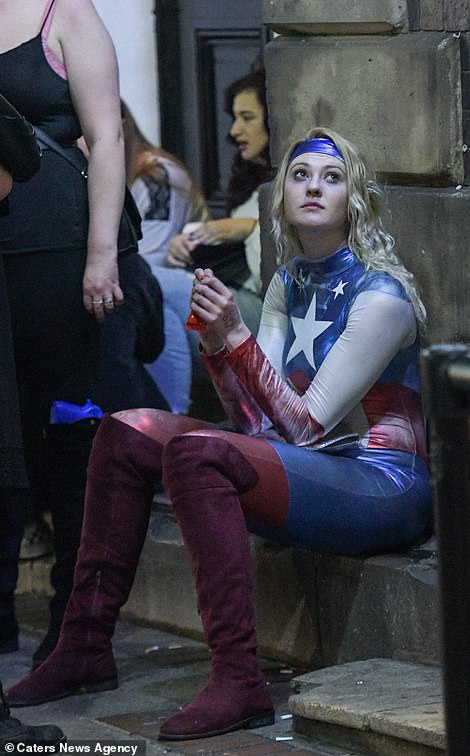 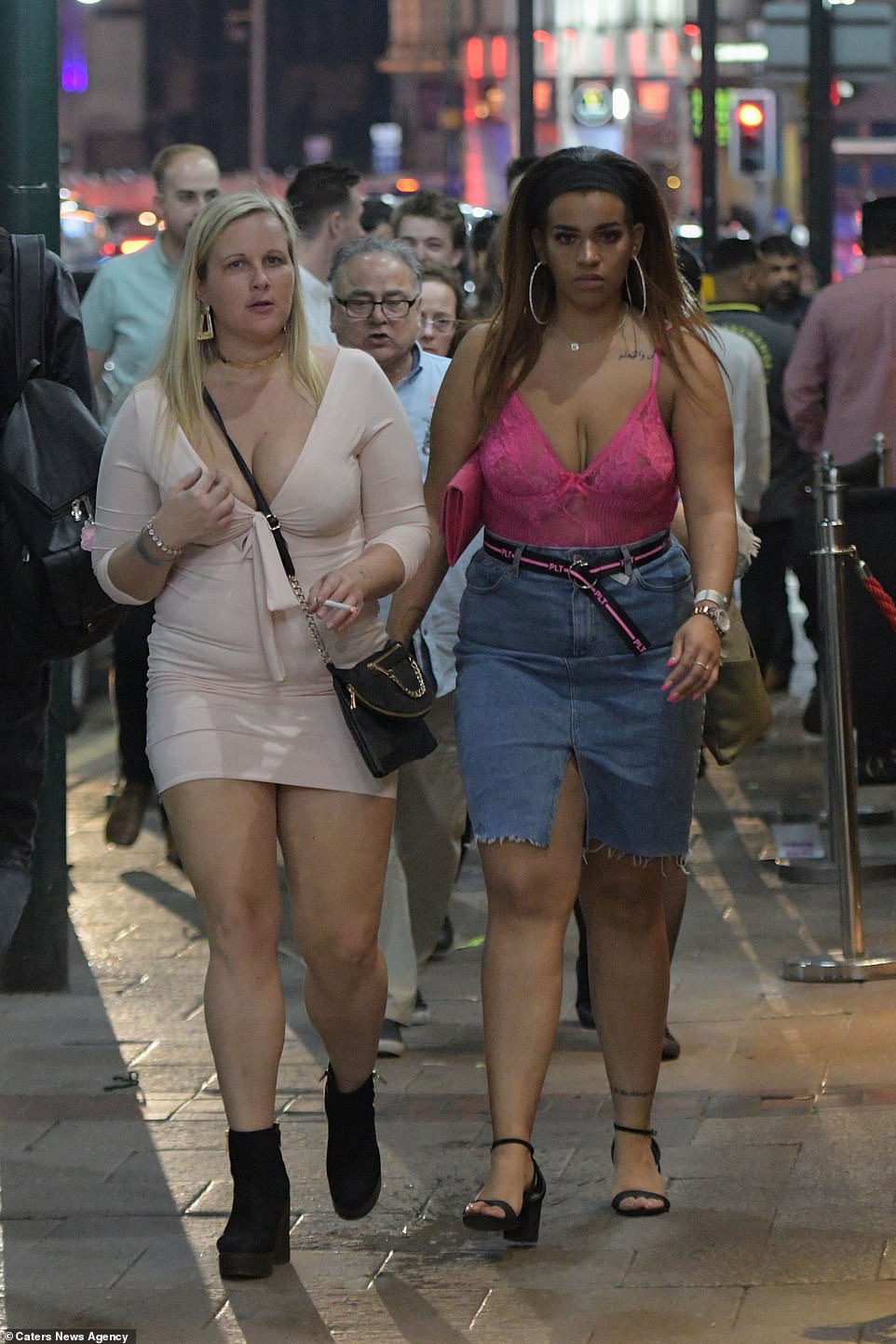 Two women walk along Broad Street, which was brimming with Easter revellers, wearing revealing tops which no doubt caught the attention of party-goers 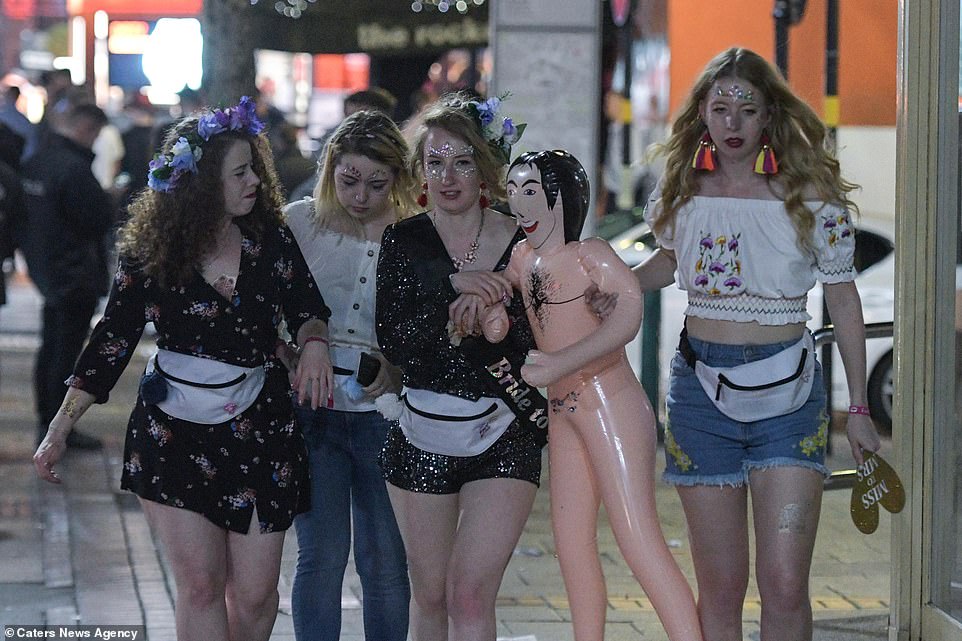 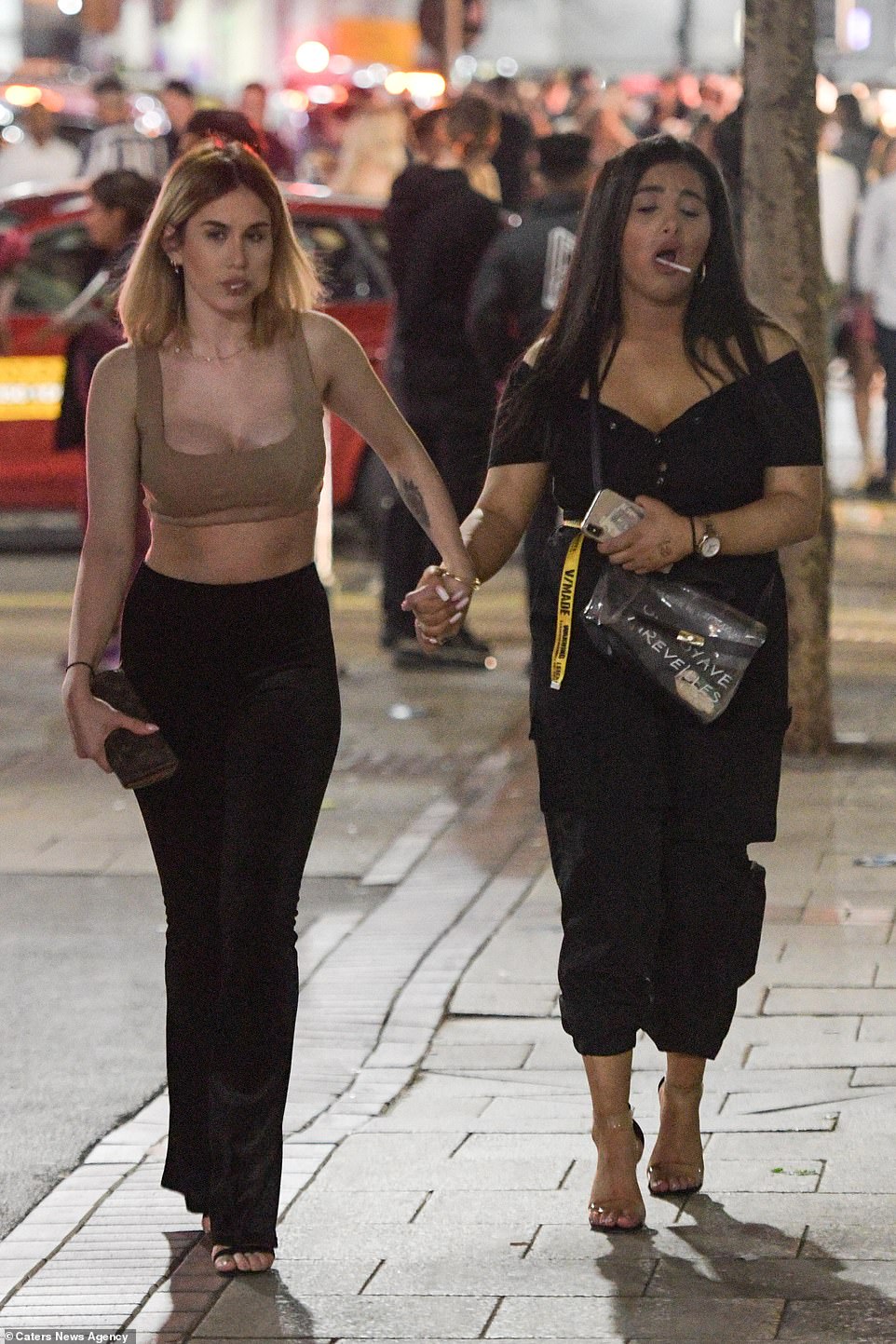 Revellers are expected to continue the party on Easter Sunday night. Two women are pictured enjoying a lollipop last night

Extraordinary moment Russian commander orders his ship to RAM a Ukrainian navy tugboat
Robbie Williams urges fans to 'join him' on health and fitness campaign
The ELEVEN times Mueller says Trump’s actions could have been obstruction of justice
PAUL THOMAS on... The Duke and Duchess of Sussex's new baby
Schoolboy, 16, glams up in drag for prom to raise cash for cancer-stricken teacher
Boris Johnson and Carrie Symonds arrive arm in arm at Conservative party conference
Incubation period of new coronavirus can be as long as 24 DAYS, top expert claims
Twins both working at Britain's miracle hospital NHS Nightingale