The daughter of a mother who kept three of her stillborn baby daughters in a wardrobe and another in a bag beside her bed for 20 years, has spoken about the dreadful conditions she faced growing up.

Joanne Lee, now 47, lived in several properties including a house in Liverpool with her mother, Bernadette Quirk, and little brother Chris and sister Cath, where maggots, dog faeces and piles of rubbish were strewn across the family home.

Bernadette, who died aged 64 in February, was handed a two-year community order after admitting four counts of concealing a birth after her dead children were found by her daughters and reported to police.

The babies, born between 1985 and 1995 and who each have a different father, are thought to have been born after Bernadette started drinking and having casual sex when her marriage broke down in the 1980s. 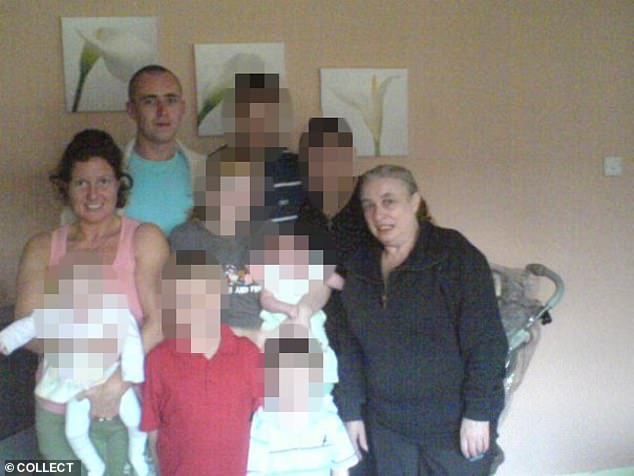 Bernadette (right) pictured with her daughter Joanne, son Chris and other members of the family. She was arrested in St Helens after police were called about possible dead children in her house 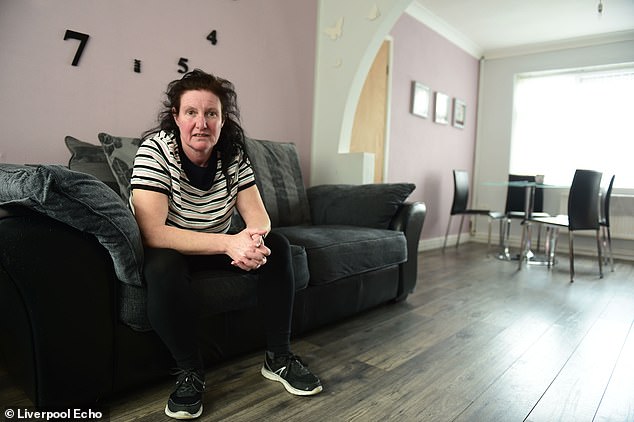 Ms Lee said animal faeces and maggots were scattered throughout the homes she lived in with her mother, and that there were years old nappies squished into the carpet 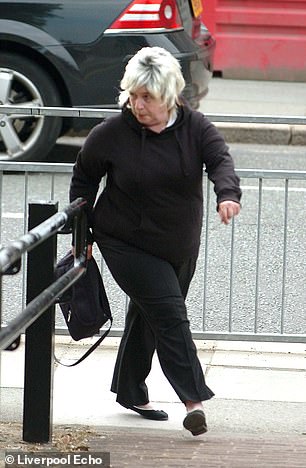 Bernadette, who died in April aged 64, kept four dead babies in her house for more than 20 years

Ms Lee told there was animal faeces scattered throughout the house along with swarms of maggots, bin bags piled from floor to ceiling and years old nappies squished into the carpet.

‘The washing machine broke and the clothes in there were left for years and years,’, she said describing the home situation. ‘You couldn’t determine the colour of the kitchen floor.

‘The bathroom was out of use because of the bin bags in there from floor to ceiling. Nappies of my brother’s had been in there for years.

‘It’s something you couldn’t possibly imagine. I can remember another time me and my sister were carrying a mattress out and there were maggots dropping off it.’.

Without telling authorities, she then helped her mother bury the baby in the family grave, where her own son John had been legally buried.

She told the Liverpool Echo: ‘I couldn’t stand the woman – and what she put us all through. But I wouldn’t go back and change any of it. It’s made me a better mother and person.’ 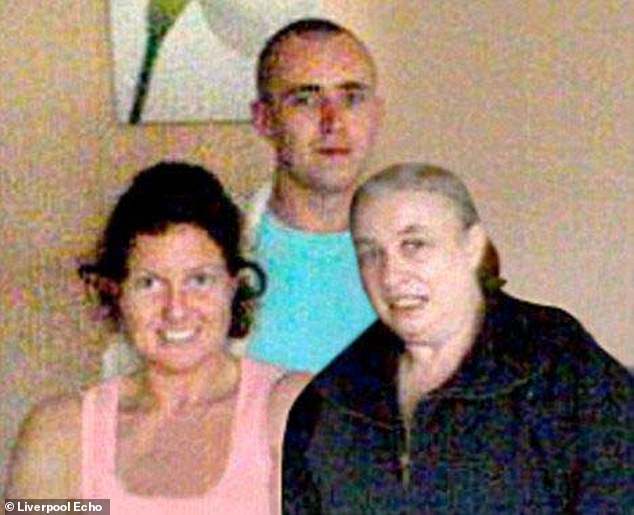 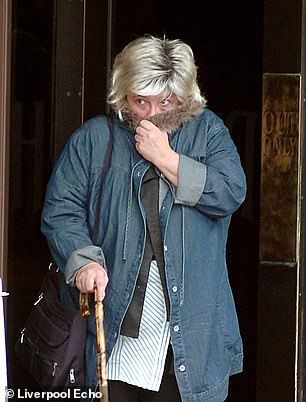 ‘If I had known then what I know now (about the other babies) I would have gone to the police there and then.

‘I knew I was doing wrong and I could have gone to jail but I think a lot of it was to do with me losing my own child, and I felt sorry for her. I thought she was grieving.’

At Liverpool Crown Court in 2010, prosecutor Anya Horwood told how Quirk had fallen into a ‘chaotic and dysfunctional’ lifestyle following the break-up of her second marriage.

She said: ‘The defendant’s heavy drinking significantly impaired her ability to look after her children, her family and herself. She had a number of sexual relationships during this period.’

When the babies were tested, the father of one was found to be Ms Lee’s former long-term partner, making her the infant’s half-sister and stepmother simultaneously.

There was no explanation about why Quirk kept the remains with her – moving home several times in the intervening years.

At the end of July 2009, Quirk’s daughter discovered the remains of one baby in her mother’s wardrobe at her house.

Police then searched the property and Quirk directed them to the remains of two more infants, also wrapped up in the bedroom.

The defendant told detectives she gave birth to the four babies at her previous home in St Helens, and they were all stillborn.

Forensic tests suggested they had congenital disorders and Quirk was charged with concealing birth contrary to the Offences Against the Person Act 1861.

Ian Morris, defending, said Quirk embarked on a series of inappropriate relationships following the breakdown of her marriage.

He said she hid the pregnancies because she was ashamed of what she had done and did not believe in abortion.

Ms Lee, 47, who is a mother-of-three and grandmother-of-four, has written about her childhood experiences in a book called Silent Sisters, published on April 18. 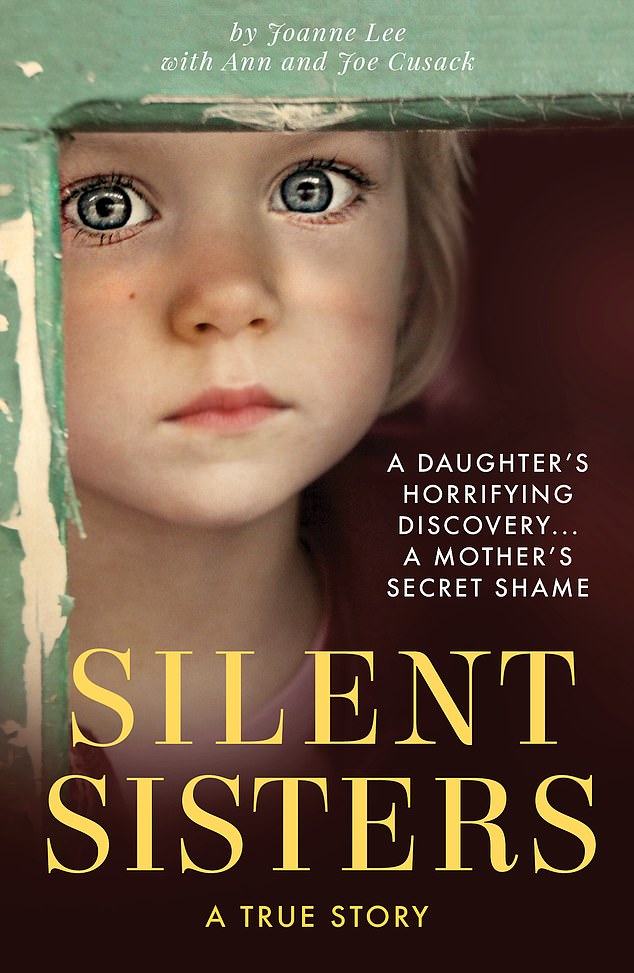 Ms Lee has written about her experiences in a book titled ‘Silent Sisters’, published in April

Parents let themselves get 'distracted' by mobile phones, Education Secretary warns
British males spend average of £760-a-year on 'essentials' such as face masks and anti-wrinkle cream
Olivia Colman has fans baffled after her real name is revealed as Sarah Sinclair
Palace tries to avoid 'diary clashes' between William, Kate, Harry and Meghan
Women can now buy a special post-sex SPONGE that 'quickly mops up excess fluids'
UK is funding mass-produced coronavirus test which tells you if you've EVER had it
Colonel Tom Moore revealed he appeared on Blankety Blank aged 63
One in three patients who fall severely ill with coronavirus develop deadly blood clots