A man whose food intolerance left him feeling depressed and unsociable, has revealed how overhauling his diet has given him a new lease for life.

David Brown, 41, from Handforth in Cheshire has found love after years of battling , which meant he had no motivation to socialise.

The company director who suffered from mood swings, lethargy and brain fog for most of his life, finally decided to do a food intolerance test after his mother tried one and saw an improvement in her health.

He discovered he was intolerant to eggs, and saw a dramatic change in his life when he cut them out of diet completely.

Having discovered a new lease of life, he wanted to start making up for lost time and joined the dating app Tinder, where he met his now-fiancée, Michelle. 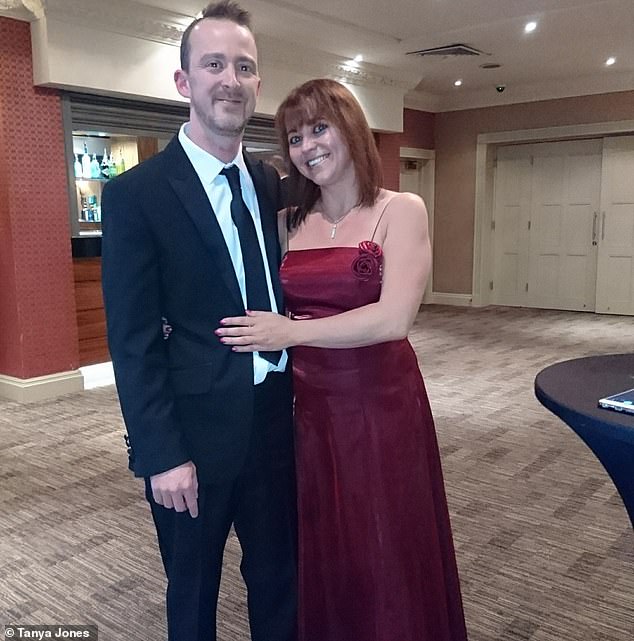 David Brown, 41, (pictured) from Handforth in Cheshire, says his life has been transformed since discovering he is intolerant to eggs and cutting them out of his diet. After his depression lifted, he met his fiancée Michelle on Tinder, and has never been happier 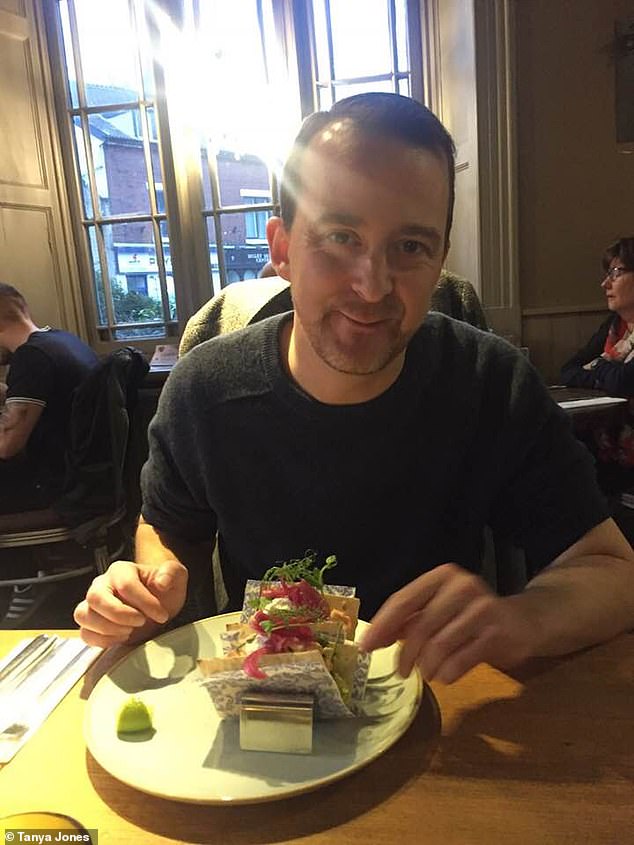 Company director David said he constantly battle with brain fog and depression, which was made worse when he suffered an unprovoked attack when he was 35

‘Through my teens and 20s it was pretty confusing really,’ he recalled. ‘I didn’t recognise what it was and just tried to do my best, ignoring the problem rather than dealing with it or identifying the cause.’

His situation deteriorated further when at age 35, he experienced a serious head injury in an unprovoked attacked, which massively impacted his confidence.

David was walking home from a night out with a friend, when a car pulled up and a man jumped out and assaulted him.

He believes his life was saved by two men walking behind him, one of whom administered cardio pulmonary resuscitation (CPR). 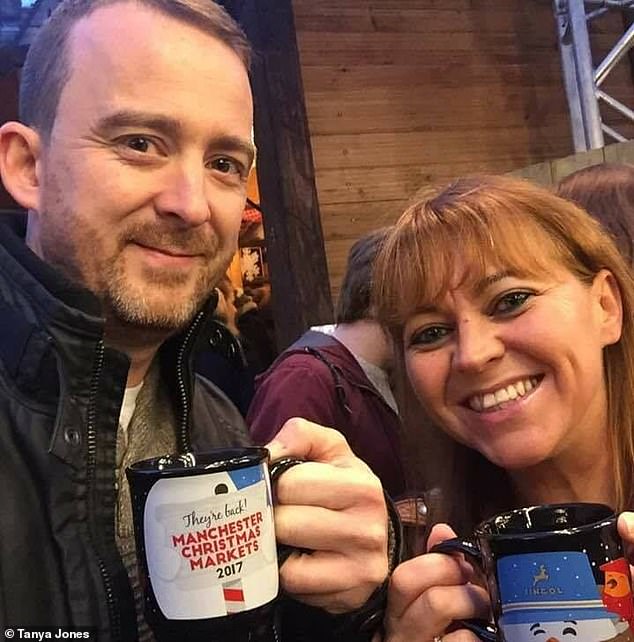 David (pictured with Michelle) chose not to try medication, and instead adapted his diet based on the findings of a food intolerance test 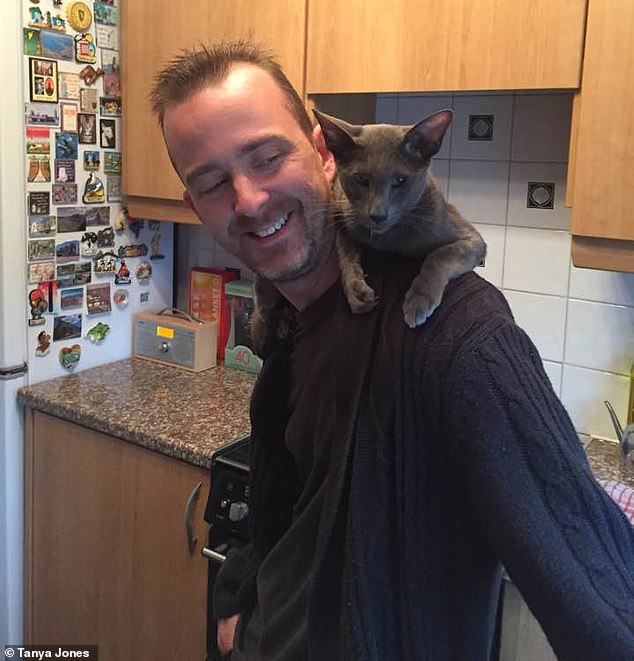 It later emerged in court that the car thugs had earlier tried to kick things off with the same two. The assault led to David’s attacker being jailed for just nine months, leniency shown because he was under 18.

David’s confidence suffered a drastic downturn in the wake of the attack, especially in social circles.

His general feeling of being fatigued and ‘down in the dumps’ was greatly exacerbated. He also suffered short-term memory loss and damage to his hearing.

What is a food intolerance?

An allergy occurs when the immune system produces antibodies against a harmless substance, e.g. the protein in peanuts, as if it were harmful.

According to the British Allergy Foundation reliable methods for testing for allergy are skin prick testing, RAST blood tests and patch testing.

In all these methods it is the reactivity of the immune system that is being measured.

A food intolerance is less easy to measure, however, because the symptoms aren’t caused by the immune system. It usually occurs because the body can’t produce enough enzymes or chemicals to aid proper digestion, with two well-known food intolerances being to milk (lactose intolerance) and gluten (coeliac disease).

Symptoms tend to occur with the foods we eat most commonly, and sometimes if you are only mildly intolerant the symptoms may be vague and difficult to pin point.

Because of the non-specific nature of intolerances, a number of tests have sprung up that claim to diagnose them.

These include methods such as vega testing, applied kinesiology and hair analysis.

However according to dieticians who specialise in intolerance, the only reliable way to test for intolerance is by an exclusion diet.

This involves removing all suspect foods from the diet (which is a very bland diet in the initial stages) before reintroducing them back one by one whilst keeping a diary of symptoms.

Because it means following a very restricted diet, exclusion testing should only really be done in conjunction with a qualified health professional.

However for suspected mild intolerances, e.g. to wheat or dairy products, there is no harm in giving yourself a dairy product or wheat ‘holiday’ to see if suspected symptoms (e.g. tiredness and bloating etc.) improve.

Even if you are intolerant, it doesn’t necessarily mean you have to stay off suspect foods for ever.

Sometimes an initial clear out of the system followed by a well rotated diet (avoiding the repetitious food pattern that can cause intolerance in the first place) is enough to solve the problem.

He continued: ‘This car stopped alongside us. A guy got out of the passenger seat and asked me if I had a lighter.

‘Quite innocently I said yeah and put my hand in my front pocket to try and find it, and he just pushed me over. I fell and smashed my head on the curb and they drove off.

‘For a few years I was quite anxious, especially in large crowds and at social occasions.

‘I felt so miserable and depressed that I just didn’t want to socialise,’ he says.

The director of a transport company began seeking ways to overcome his low mood and brain fog in his thirties.

What is brain fog?

Brain fog isn’t a recognised medical condition, but is a term commonly used for symptoms that affect your ability to think clearly.

People may find it difficult to think or put thoughts into words.

They may also feel confused, disorganised and out of control.

People can experience at a side effect of:

He said: ‘Finally I started to accept something wasn’t right, and I tried to deal with it. It’s really hard to explain what it feels like.

‘I once explained it like this: if you’re driving up to a T junction, you’re doing some things at the same time; you’re braking and looking into your rear-view mirror. You look left, you look right.

‘And more often than not you can just drive straight out, but that requires very little thinking for what is a sort of automatic multi-tasking.

‘Normally it’s a piece of cake, but with brain fog you can’t do that. You can only concentrate on one thing at a time.

‘Basically, you can’t multi-task. I was feeling very low and found it extremely hard to motivate myself to do anything.’

Before discovering his food intolerance, David had ignored advice from doctors to try mood-boosting medication.

He continued: ‘They wanted to put me on medication, which was not the road I was prepared to go down, so I refused to take them.

‘It was actually my mum who recommended YorkTest because of the brain-fog stuff and fatigue. She’d had her own test and was found to be intolerant to a number of foods.

‘And she improved when she took those foods out of her diet. So, she recommended the test to me and I never looked back from there.

David’s results revealed he was intolerant to eggs, both the yolk and the white, and so he cut them out of his diet.

He said: ‘It was an incredible feeling. All of a sudden I felt ambitious, motivated, focused and my brain fog lifted.

‘To be honest the difference was remarkable, like I’d been re-born. It was really incredible. It absolutely helped my mood.

‘Egg’s in a lot of things. It can be difficult to avoid, but as food intolerance awareness becomes more of a mainstream issue, you can now get quite a lot of apps that reveal what’s in food.

‘But you do have to be careful. You have to watch it as the food you’re intolerant to can slip back into your diet very easily. 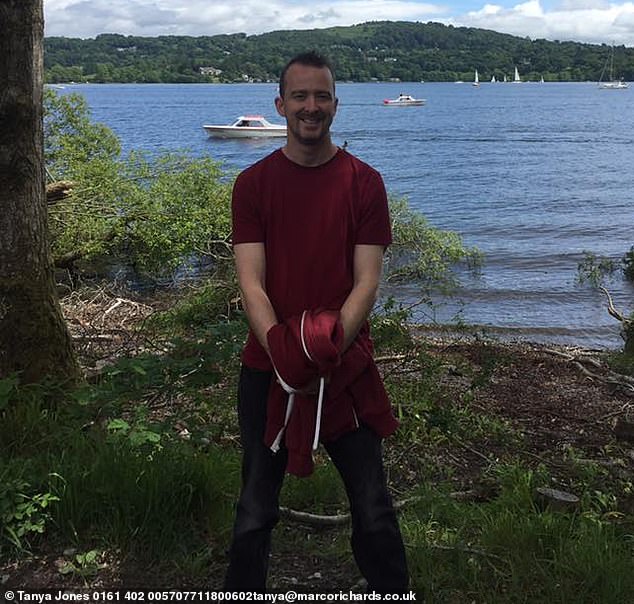 The company director who was told he has an intolerance to eggs, revealed his brain fog has been lifted since making changes to his diet

‘Egg is used as a binding agent in many things.

‘There are traces of it in beers and wines. The apps tell you the full story.

‘It’s pretty difficult if you stop at a petrol station and grab a sandwich. Some 99 per cent of them contain egg in some form.’

Since giving up eggs, David found a new motivation for socialising and was able to meet new people including his fiancée Michelle.

‘It’s not that I didn’t have the confidence to go out, I just didn’t want to’ he said. ‘Quitting eggs gave me the desire to go out and socialise.’ 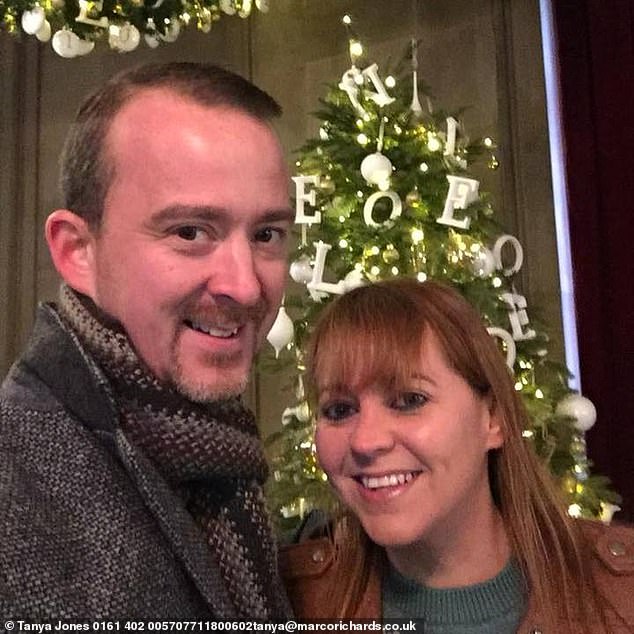 David said that he has tried eating egg again, but found the effects were hit and miss.

‘Sometimes for example, if I consume a portion of eggs, say scrambled or something, I can be fine,’ he said. 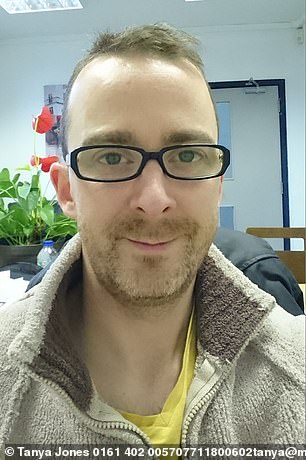 ‘But if I have a very small amount of egg, say mayonnaise on a sandwich or something, the brain fog comes back. I don’t really understand what’s going on there.

‘For me, I think it’s best I avoid them entirely.

‘My symptoms have always been mental rather than physical. It creates an imbalance in the head.

‘The brain is a very finely-tuned machine and differences in chemicals can have all sorts of consequences.’

Dr Gill Hart, Scientific Director and Biochemist at YorkTest Laboratories, published a white paper detailing the connection between diet and anxiety as well as general mood and behaviour.

Speaking about depression, she said: ‘Depression is not only linked to changes in neurotransmission in the central nervous system but also changes via hormonal, inflammatory and immune mechanisms, and many studies have shown elevated levels of pro-inflammatory markers in those with depression.

‘Serotonin is a critical signalling molecule in the brain-gut-microbiota axis, approximately 95 per cent of serotonin in the body is compartmentalised in the gut, and there is emerging evidence that the serotonergic system may be under the influence of the gut-microbiota.