A former hunting lodge used by King Henry VIII, from which he chased stags while on royal trips around the country, is for sale at just £850,000.

Redbrick Old Hextalls in Bletchingley, Surrey, was originally part of a hunting trail for the monarch while he was on the throne.

The three-bedroom country house dating back to the 1540s, which is set back from the road by a short private drive and surrounded by woodland and fields, is now being sold by the Unique Property Company.

Incredible pictures from the former Royal residence show a spiral staircase leading up from the modern kitchen with an aga, a comfortable looking lounge and a glass-house area with a sofa, alongside some luxurious bedrooms.

‘It’s believed that this was once one of King Henry VIII’s hunting routes, with this building forming part of that tour as a place to stop’, said the estate agents online.

‘Two separate internal staircases provide access to roomy farmhouse kitchen/diner, with that all important Aga as its focal point. It’s fair to say that this room pretty much delivers everything a family home requires. Snug, garden room, utility room, shower room, larder and coal room, well you need to keep that Aga fed!’

The house is less than an hour away from central London, with a mainline station at nearby Caterham and Godstone. The M25 also provides a getaway to the rest of the country and Gatwick, which is a short hop along the M23. 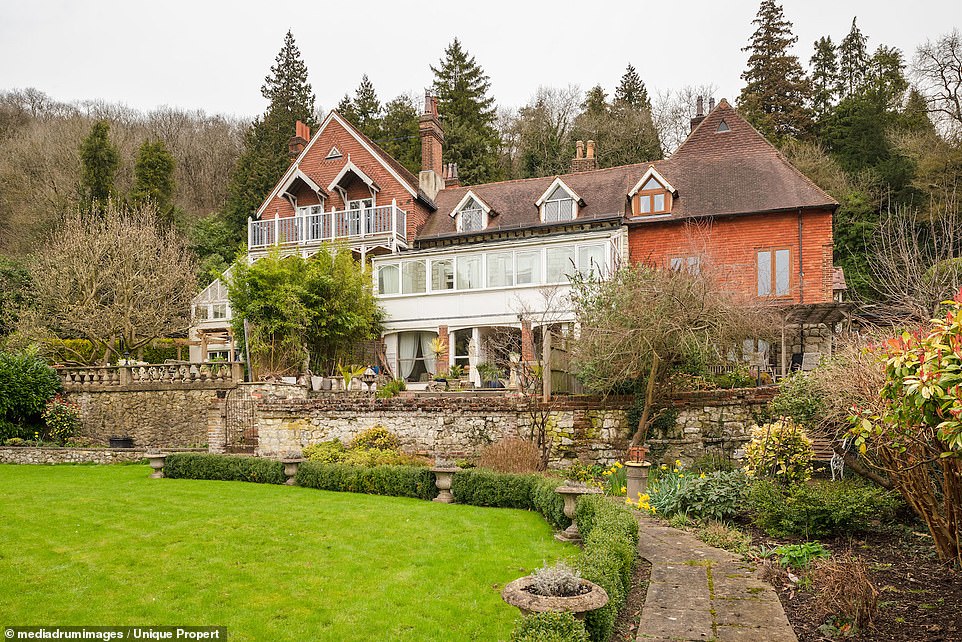 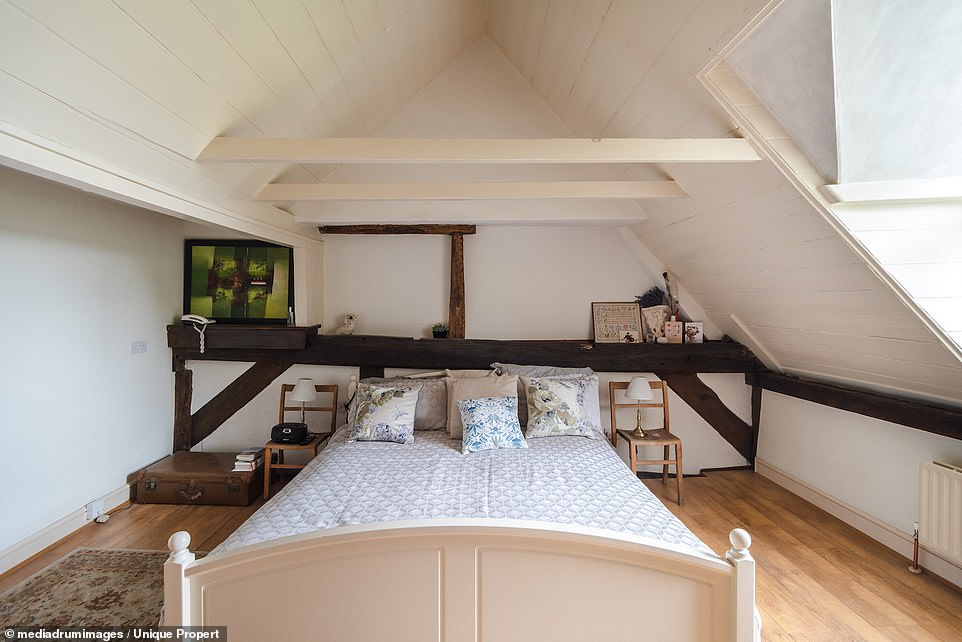 Old Hextalls in Bletchingley, Surrey, has three spacious bedrooms and two conservatories after an extension was completed 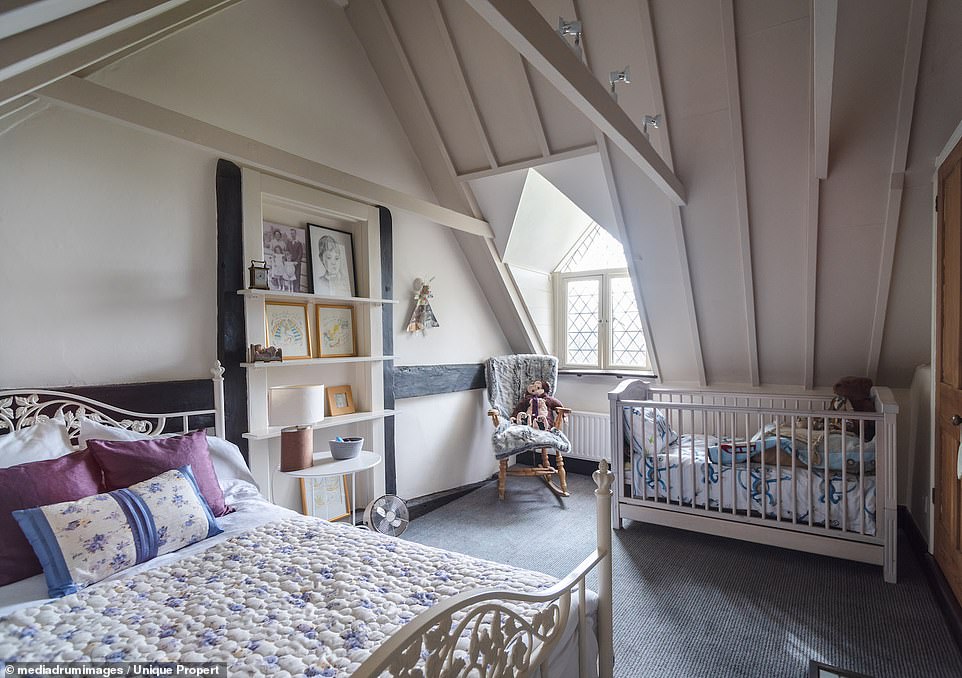 One of the bedrooms pictured here shows there is plenty of space for a bed, a cot and a rocking chair by the window 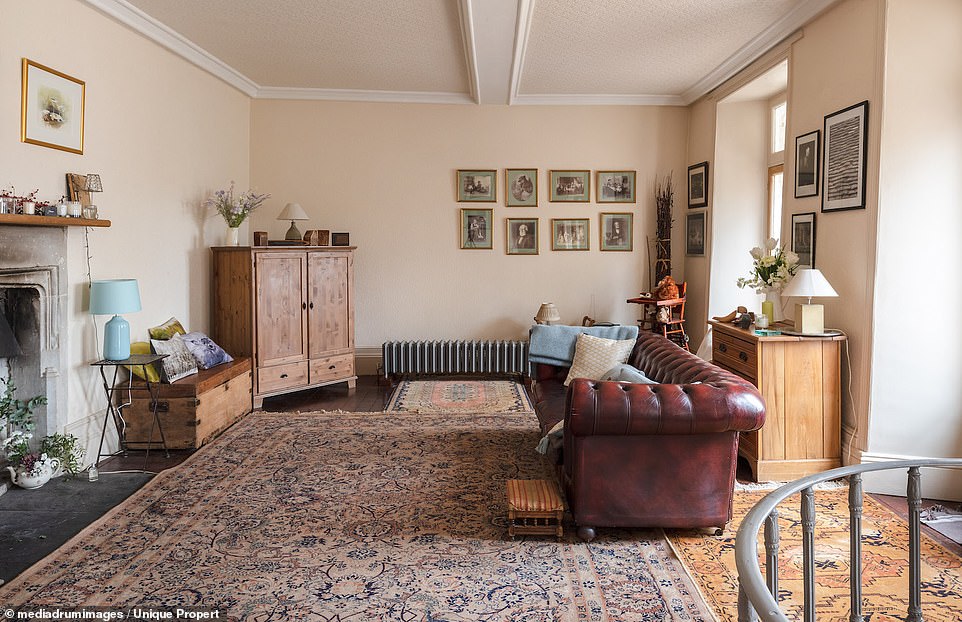 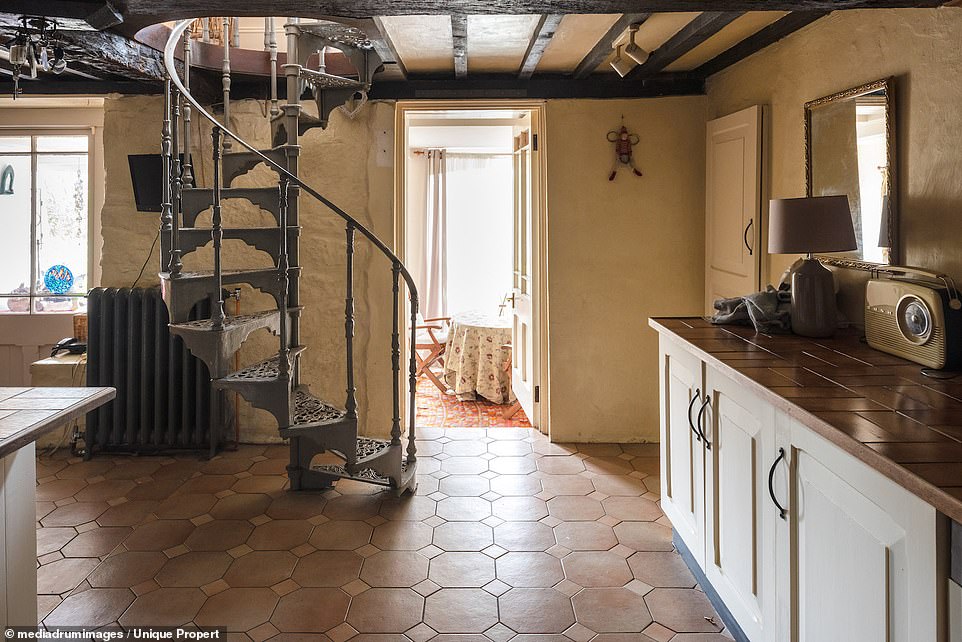 There are two staircases, one in the kitchen (pictured) and the other in the living room, that lead to different parts of the house 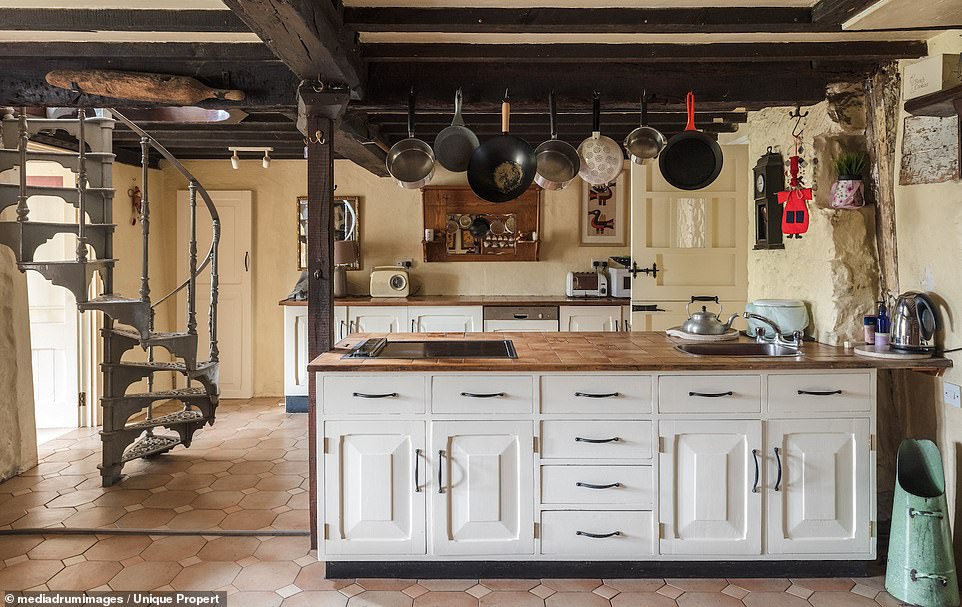 The large kitchen is the centre of the house according to the Unique Property Company, which is selling the property 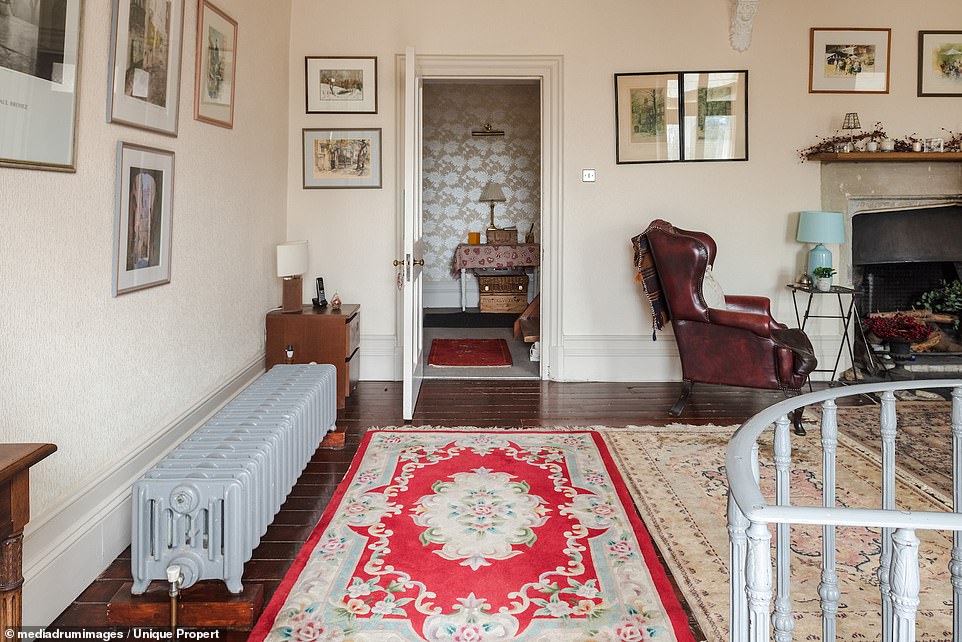 A photograph from within the 1540s country house shows an old fashioned radiator, staircase and large fireplace at the side 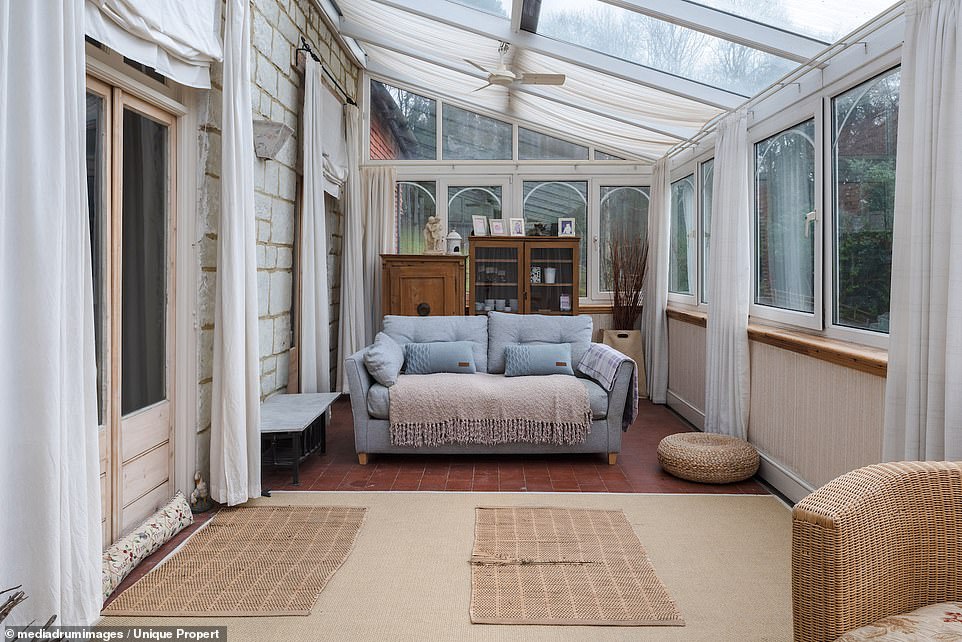 There is also a sofa in the conservatory, giving the residents a chance to sit in the glorious sunshine in their own house 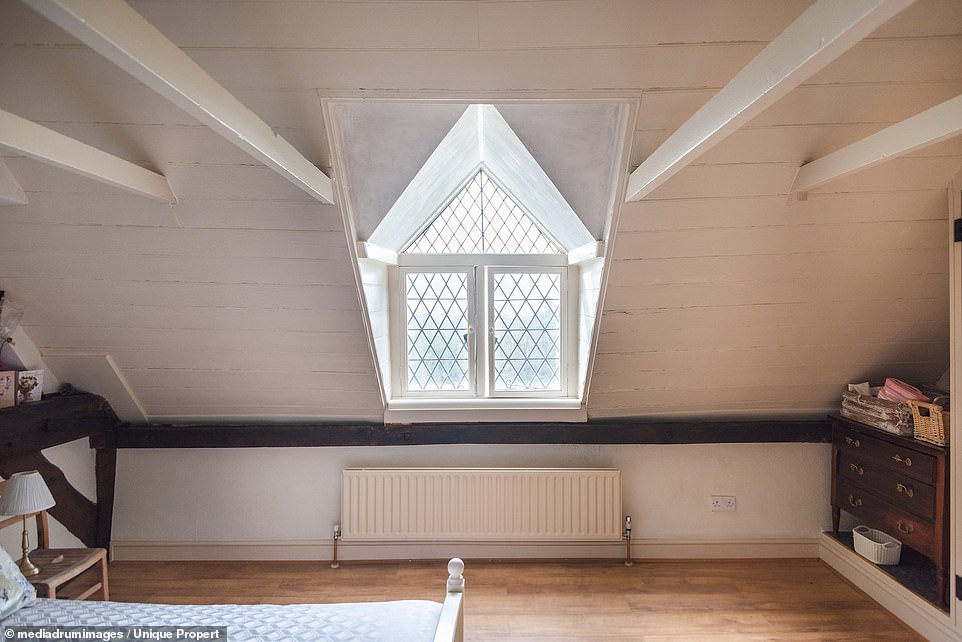 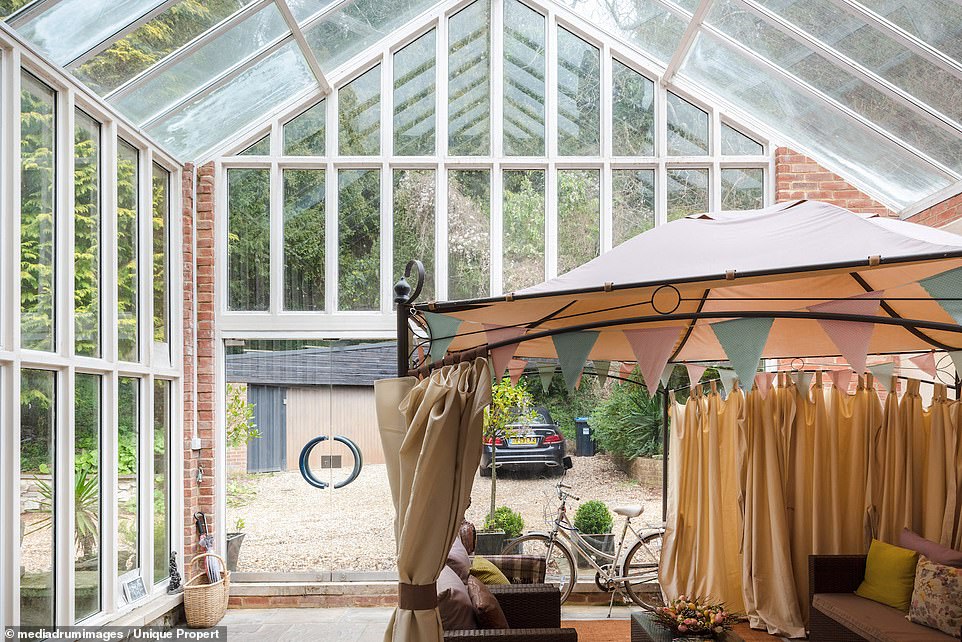 A second conservatory area in the house also provides a bright area for a resident to use. It is near the end of the driveway 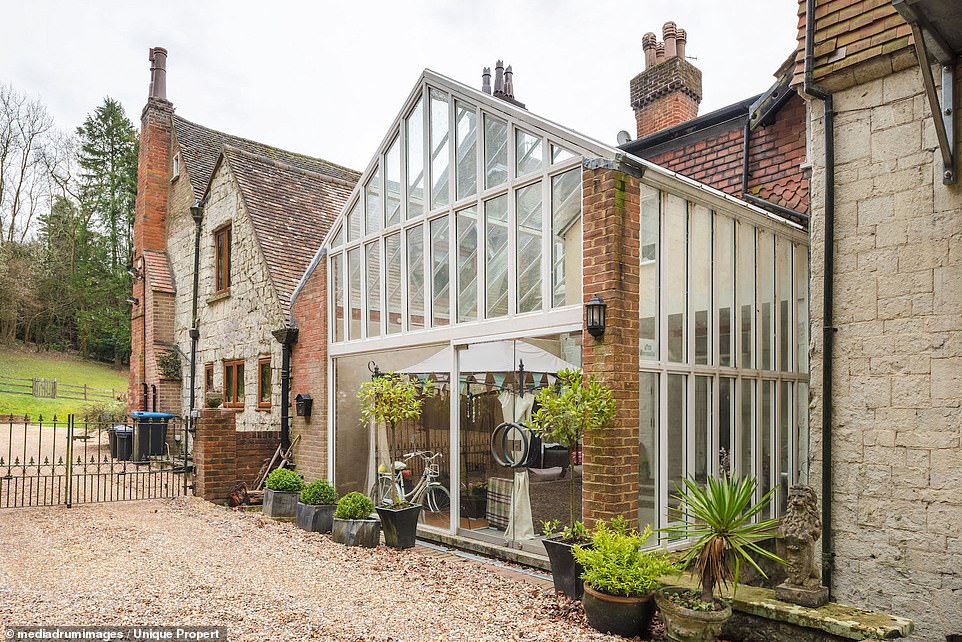 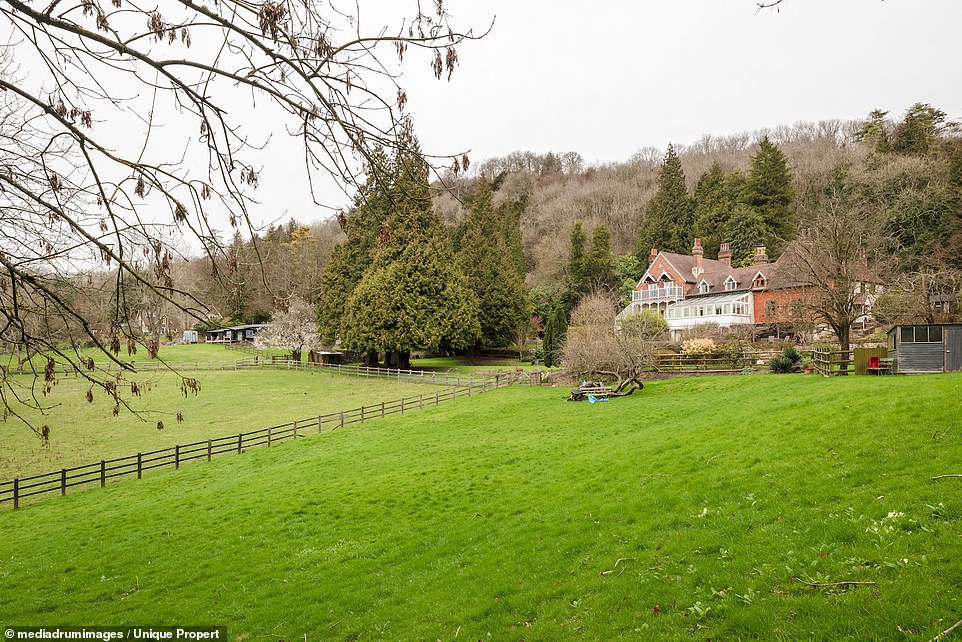 The house is set back from the road by fields and a private drive. It also has glorious views of the Surrey countryside