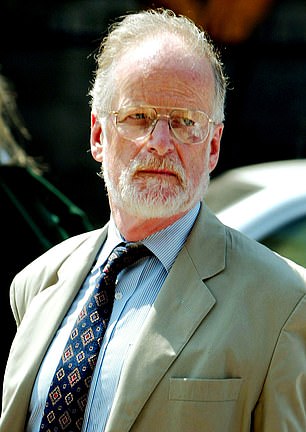 Dr David Kelly, the Government weapons inspector whose death in a wood in Oxfordshire in 2003 remains a mystery

The strange death of Dr David Kelly, the Government weapons inspector found in a wood in Oxfordshire, remains an enduring mystery.

Now former MP George Galloway has successfully crowd-funded more than £60,000 to make a film about the case. He has spent the past few months on his own investigation, called Killing Kelly, and tells me the project is close to completion.

‘Among important contributions is one from Andrew Mackinlay, the former Labour MP, who has never discussed his role in the affair before,’ says Galloway.

Kelly is believed to have committed suicide in 2003 after being revealed as the source for the claim that the government had ‘sexed up’ a dossier on WMDs to justify the war in .

Mackinlay questioned Kelly at a parliamentary select committee hearing which supposedly tipped him over the edge. ‘I reckon you are chaff,’ Mackinlay told Kelly a few days before he died. ‘You have been thrown up to divert our probing. Have you ever felt like a fall guy? You have been set up, have you not?’

The 2003 tragedy led to the Hutton Inquiry, but for many people urgent questions about the murky episode remain. 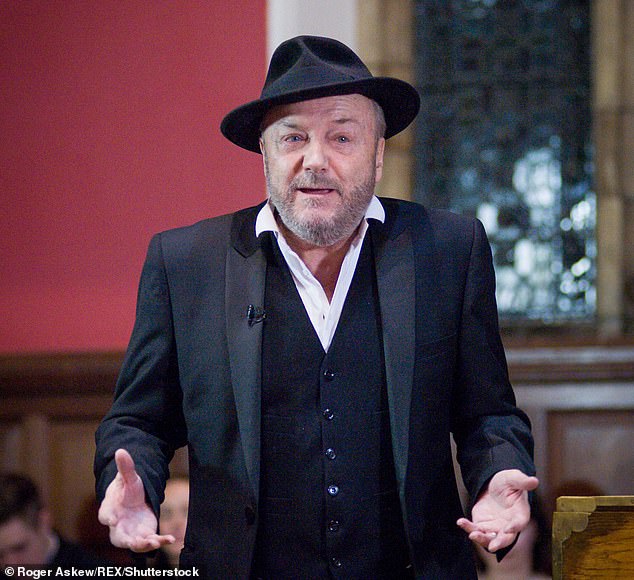 George Galloway has successfully crowd-funded more than £60,000 to make a film about the death of Dr David Kelly in 2003

‘We were filming on Harrowdown Hill recently,’ says Galloway. ‘It’s the place where Dr Kelly’s body was found.

‘I’m not persuaded yet it’s where he died, but the fact he was found there gave it a haunting quality, especially when the jackdaws and crows were croaking as we filmed. It was a little spooky, I must say.’

Those sceptical of Hutton’s finding, that Dr Kelly took his own life, point out that successive governments refused to hold a full coroner’s inquest into Dr Kelly’s death. This means nobody has ever been questioned under oath about it.

‘After all these years, the Kelly affair still has a chilling effect,’ says Galloway.

Where Michelle Obama leads, Kate Beckinsale follows. Actress Beckinsale took a leaf out of the former First Lady’s book this week and copied her wardrobe.

Hours after Obama, 55, wore a silk, orange-striped pyjama suit on stage in Paris, while promoting her book Becoming, Kate wore a black and white version of a PJ–style outfit in the Big Apple.

The 45-year-old actress, who is currently starring in ITV drama The Widow, paired the outfit with black heels and sunglasses.

With Michelle being named as one of Time’s 100 Most Influential People, it’s no surprise she’s leading the way in fashion.

He prudently surrendered his driving licence earlier this year following an accident close to the Sandringham estate, but in all other respects Prince Philip is unstoppable.

Today, I can disclose at the age of 97 and 314 days, he breaks a British record — becoming the longest living descendant of Queen Victoria. The previous record-holder was Princess Alice, Countess of Athlone, one of Victoria’s grandchildren, who died at Kensington Palace on January 3, 1981, aged 97 and 313 days.

The longest living member of the Royal Family (but not, of course, a descendant of Queen Victoria) was Princess Alice, Duchess of Gloucester, who died on October 29, 2004. She was aged 102.

Black lady, 11, informed her braids violated coverage would possibly return to her faculty
Spanish Civil Guard make 15 arrests following investigation into tennis match-fixing
'PTSD suffering veteran', 33, shoots himself in the head on Facebook live
More than 500 village postmasters were 'wrongly hounded for stealing millions' because of IT system
Adele has 'divorced her estranged husband Simon Konecki in secret'
Tasmanian woman claims she went numb after touching a colonial sea-squirt
Three dead in 24 hours as man in another night of bloody violence across London
Sir Keir and a question of cowardice