What are you rebelling about? Whaddya got? The demonstrators are infuriating for many reasons, but mostly because of the very vague nature of their protestations.

They want to restore nature and the upcycling economy — whassat all about? — while making us all consume less steak, milk, petrol, air travel, Easter eggs, pop sox, killer bacon and electricity.

All very admirable, if rather organic hogwash pie in the sky, with a side order of babble and squeak. And if things are as bad as the pagan pixies claim, surely we are all doomed anyway? 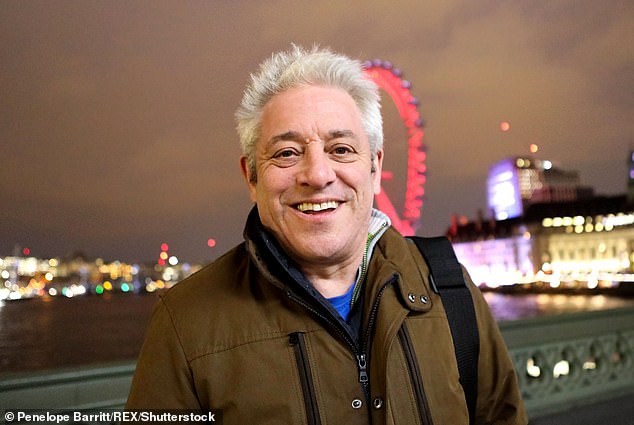 Look, kids. If you insist upon bringing London to a halt, here are ten things that really are worth protesting about. They make me fume, at any rate.

People drive me insane. People who put their shopping on the seat next to them on the bus. People who eat crisps in the cinema.

People who can’t applaud in a theatre without also shouting whoop, whoop, like constipated seals who’ve just discovered the joy of a boiled rhubarb enema.

People who play loud music late at night. People who vape and think that it’s not as offensive as smoking, before enveloping you in a cloud of Sour Cinnamon fumes as if they are doing you a favour.

People who recline seats on flights. People who are rude to shop assistants and restaurant staff.

Also companies who ask if you want an email receipt when all they want to do is get your electronic address and harvest your data.

Companies who cold-call my octogenarian parents to harass and plague them because they believe them to be vulnerable and susceptible. There is a special place in hell for all of you. 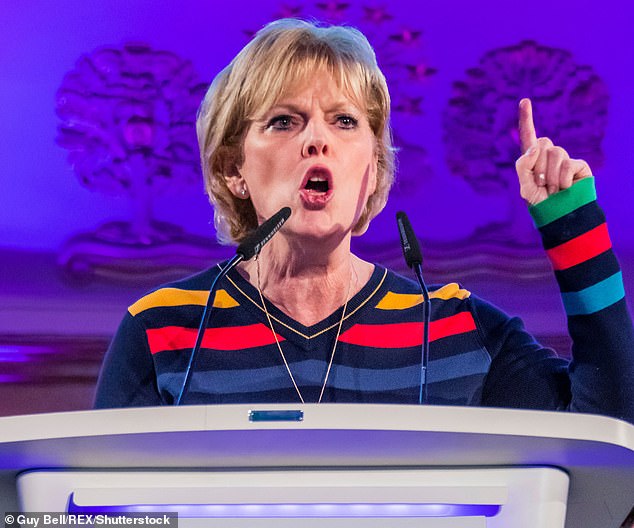 Where to begin? Perhaps with rail fares which are so, so ridiculously high. This is despite the fact that the Government (i.e. us) gives these rail companies billions and we get nothing in return.

Speaking of which, I am also quietly fuming about the new Caledonian Sleeper prices; £335 (for a double bed) or £205 (single) per person one way to get from London to Edinburgh.

A pricing structure aimed at wealthy American tourists rather than the worker drones who thrash from one capital city to the other.

This insane spend of £50 billion on HS2 to shave ten minutes off the Birmingham to London route. Nobody cares! A quick raspberry to travellers who spread themselves out on trains so no one can sit next to them, and also those who FaceTime on trains.

I spend a lot of time on trains, as you can see. 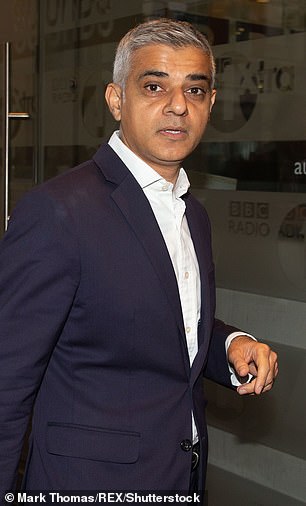 He has one job. And that is to keep London running smoothly. Over the past few days he has failed miserably in his task.

At one stage he even thanked the climate protesters for their ‘co-operation’. It almost made me yearn for Mad Boris and his water cannons while harbouring the suspicion that the liberal Left-leaning mayor is only democratic and welcoming to causes he secretly champions.

If it were a Support The Badger Cull love-in or a bunch of hard Brexiteers gluing their yeoman buttocks to the Oxford Circus Topshop, you can bet he’d have the riot police around there quicker than Speaker John Bercow could shout UNLOCK. Speaking of which…

You all know why.

7. THE RIDICULOUS LIONISATION OF ACTORS…

Why? Why? I love everyone who valiantly appears in dramas on stage or screen. Yet it is difficult to understand why thespians are singled out for such mass official idolatry, via damehoods and knighthoods, gongs and titles and accolades and medals.

You can admire their talents and what they do, while still thinking that a lot of doctors and nurses and policemen are more worthy.

Look at Bodyguard Richard Madden, who has been around for five minutes but he has been named in Time Magazine’s 100 most influential people. It is ridiculous.

In place of reasoned debate and respect for the opinions of others, today’s political arena has become a shrill, depressing pit. Showy invective and bristling animosities have taken the place of tolerance and thoughtfulness.

Extremists on one side demonise the fanatics on the other, while very few who represent the public interest of the middle ground are ever given a chance to be heard.

I saw it happening during the Scottish Referendum, and now it is happening again over Brexit.

A new report says just two hours of screen time a day raises the risk of ADHD for toddlers by 700 per cent.

Meanwhile, Vodafone has installed 4G technology inside phone boxes on some Cornish beaches, enabling better reception within a 200 yard radius.

So instead of the quiet joy of just looking at the sea, contemplating nature and cherishing the moment, many will be too busy uploading snaps to tell everyone they are on the beach. And annoying me.

Once upon a time, they were noble warriors with a proper cause, a curated grievance.

Now they just seem like posh kids mumbling about consumerism and ecology; an inchoate general gripe overlaid with a misplaced air of superiority.

Their bleak world view is that this country is broken and that we are all hideous, selfish racist capitalists to boot. They don’t even care who cleans up their mess after they have moved on;

Yet despite their protestations, Britain is still one of the greatest, fairest, kindest, nicest and, yes, greenest places in the world to live. In spite of all of the above.

At first I thought this was a letter smuggled out of a warzone. But no, it was just Beyonce going on about having twins. Jay Z did well, apparently. 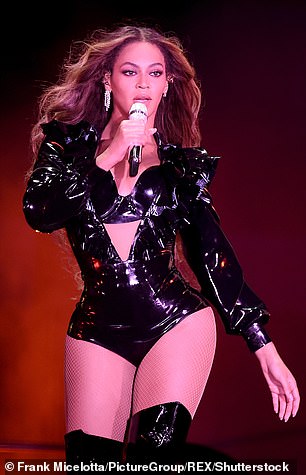 Beyonce often sounds utterly preposterous, behaving like some grand eminence who deigns to walk among us mere mortals

‘My husband was a soldier and such a strong support system for me. I am proud to have been a witness to his strength and evolution as a man, a best friend, and a father,’ she noted online. Anything else? Yes.

‘During my recovery, I gave myself self-love and self-care, and I embraced being curvier.’ Hmmm.

That was for five minutes, before she started training for her first post-baby gig, becoming a vegan who also denied herself coffee, alcohol and all fruit drinks.

Beyonce often sounds utterly preposterous, behaving like some grand eminence who deigns to walk among us mere mortals.

Then I watched Homecoming, the Netflix film of her comeback Coachella concert. And all quibbles dissolve.

One can only gasp at the hard work and the talent and the effort that goes into being Beyonce. What a performer. What a mum. What a queen.

Loving Harry and Meghan’s use of Baby Sussex to describe the forthcoming addition to their family.

It is so refreshingly non-binary and gender neutral, isn’t it? Let’s hope they keep using the term until the child is at least four years old and can make an informed choice about which gender it identifies as.

Baby Sussex will be seventh in line to the throne and should be given the title of Earl of Dumbarton if a boy and Lady Whatsit if a girl.

Or the Queen could step in and furnish the child with a royal prince or princess title. Nice! But surely such a forward thinking modern couple as Harry and Meghan will want to give up all that fusty, dusty, ancient entitled nonsense?

Or maybe not. Let’s wait for the official bananagram on that one.

Anne Hathaway says that she would be an alcoholic had she not become an actress. She claims that the last time she drank she had a five-day hangover.

Do such things really exist? Or is that Hollywood hyperbole?

When you are young, hangovers last for about half an hour, or the time it takes to digest a fry up, an aspirin and a mug of tea. Later, you need a morning off, a fistful of ibruprofen, a boiled egg (umph, actually, no, take that away from me) or a Coca Cola.

Bridget Jones (pictured) had to face Una and Geoffrey Alconbury’s New Year’s Day Turkey Curry Buffet with a raging hangover, and we all know that they are intense and brutal, not ponderous and slow.

It is more like an axe in the skull complete with thudding eyeballs or, as Evelyn Waugh had it: ‘Waking up, too wicked to move, spewed up like a broken spider-crab on the tarry shingle of morning.’

But lasting for five days like a cold or a bad thought? Never.

Shameful that entrepreneur Lucy Arnold was not allowed to give her role-model talk to business studies students because she didn’t go to university.

No, but she does have her own successful leisurewear company Lucy Locket Loves, and one teacher had thought her story would be inspirational.

Ms Arnold, 28, said the school, who she does not want to name, thought her input wouldn’t be ‘beneficial’ to students after finding out she didn’t have a degree.

Surely someone who has made a success of their life without further education will make pupils understand that there are many routes to success — and many fools to encounter along the way.

My hero of the week? Sky’s Adam Boulton for his magnificent grumpiness when interviewing Extinction Rebellion leaders.

He made Robin Boardman-Pattison storm out of the studio after he called him selfish and middle class, while boss lady Dr Gail Bradbrook objected to being called ‘a fascist’ because she was dictating to others how to live their lives in a democracy free protest.

Tiger Woods will give Europe's Ryder Cup stars sleepless nights, says Colin Montgomerie
Lonliness at Christmas is as bad for your health as a chronic illness, Britain's top GP warns
Aspiring model, 24, who gained five stones slams her fiance for dumping her by TEXT
Honda's move to shut its Swindon plant shows the car industry has stalled, writes RUTH SUNDERLAND
Fish in British waterways contain COCAINE, ketamine, pesticides and pharmaceutical drugs
Dressage champion urges equestrian chiefs not to ban her rescue mule from competition
Kate Middleton gushes about 'happy childhood' as part of a 'strong' family during candid podcast
'This will be the new look': LA mayor tells all 4million residents that they MUST wear masks