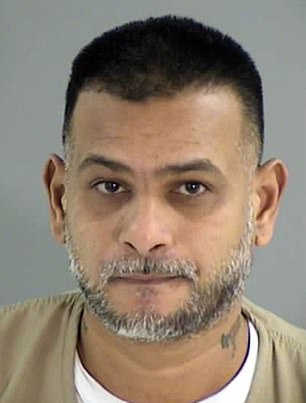 Authorities say Abdool Zaman, 39, killed his daughter and niece when they tried to escape his Virginia home on December 13

A Virginia father who police say shot dead his daughter and niece has been charged with capital murder.

Abdool Zaman, 39, was originally charged with second degree murder for allegedly killing his daughter, Vanessa Zaman, and his niece Leona Samlall, both 18. Zaman had impregnated Samlall, who gave birth to the man’s son.

Investigators say Abdool opened fire on the teen girls while they were walking near the Oakmeade Apartments in Highland Springs around 12.17pm on December 13.

Vanessa’s mother, Saveeta Barnes, said her daughter had wanted to re-establish a relationship with her estranged father even thought she had warned he was ‘not a good person’.

‘Her biological father was out of her life for most of her life. Vanessa always wanted his love and for him to be a part of her life,’ Barnes wrote on a page set up to pay for a memorial site for her daughter. 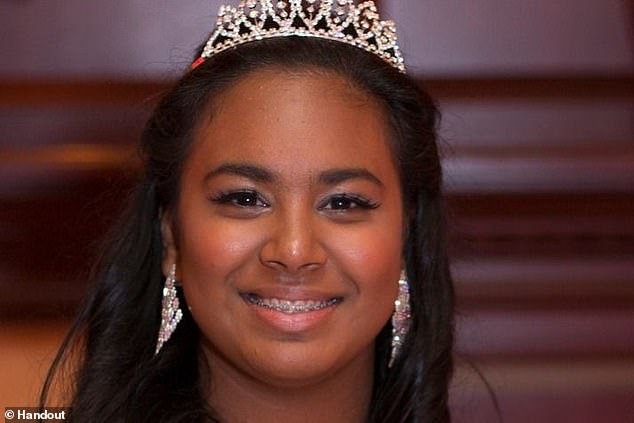 Vanessa reportedly moved in with her estranged dad in 2018 when she became a legal adult, going against the wishes of her mother 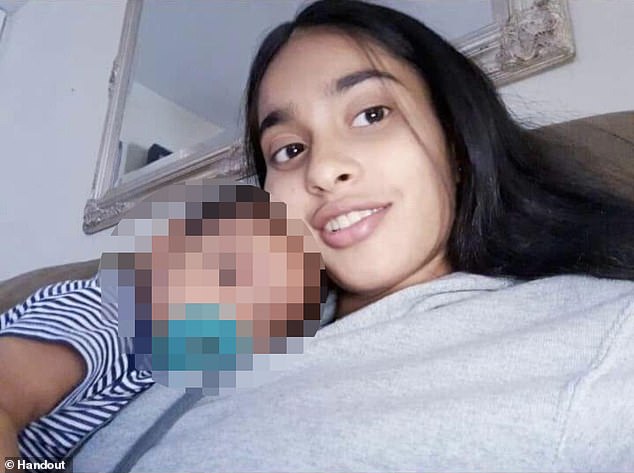 Leona Samlall (pictured) had been missing from home for two years. She gave birth to her uncle’s son during that time

‘When she turned 18, she got in contact with her father. Even after telling her countless times that he was not a good person, she still went ahead and moved in with him… She told me, “Mom, I’m going to give you 18 years of my life. I want to give my dad the next 18.” Apparently she gave him her entire life.’

Not long after moving in, Vanessa saw her dad abusing the woman she thought was his girlfriend and the mother of his son. Vanessa later discovered the abused woman, Leona, was actually Abdool’s niece who had been missing from her own mother’s home for two years.

That’s when Abdool’s daughter tried to help his niece escape back to her mother’s home, but she never made it.

‘On 12/13/18 [Abdool] shot and killed his own daughter,’ Barnes wrote. ‘Vanessa died a hero protecting others while paying with her dear life. Gone but will never be forgotten.’ 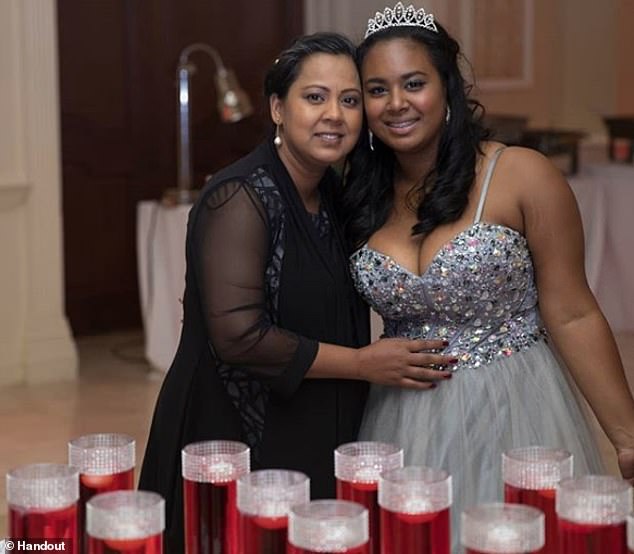 Saveeta Barnes (left) said she tried to warn her daughter Vanessa that her father was ‘not a good person,’ but Vanessa moved in with him when she turned 18

Abdool fled to New York where he was arrested on December 18. He tried to fight extradition, but was sent back to Virginia on March 28, according to .

Prosecutors recently raised the severity of the charges against Abdool after further investigating the circumstances surrounding the teens’ deaths.

Authorities determined seeking the death penalty was appropriate because Abdool allegedly killed multiple persons as a part of the same criminal act.

A second capital murder charge was added for killing more than one person within a three-year period.

Zaman was also charged for use of a firearm in the commission of a felony first and second offense.

Barnes told  in January that life without her daughter has been ‘torture,’ and that she hopes her child’s father gets sentenced to death.

‘It’s what he deserves,’ she said.