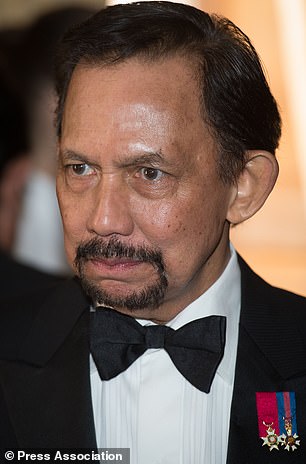 The University of Aberdeen has stripped the Sultan of Brunei of an honorary degree to protest his introduction of the death penalty for people who engage in gay sex.

It comes amid an international outcry over the nation’s new Islamic criminal laws punishing gay sex and adultery by stoning offenders to death.

University of Aberdeen principal George Boyne said the Sultan’s introduction of the new penal code is contrary to the institution’s ‘strong commitment to the value of diversity and inclusion’.

The university announced on Wednesday that it has revoked the Sultan’s honorary degree – awarded in 1995 – in an unprecedented move following a vote by the senate, its academic body.

Professor Boyne said: ‘The sultan was awarded an honorary degree by our university in 1995.

‘It was given at a time when the university had operated a successful exchange programme with its counterpart in Brunei, and when the sultan had encouraged links between Brunei and Aberdeen due to his interest in our geology and petroleum engineering research. 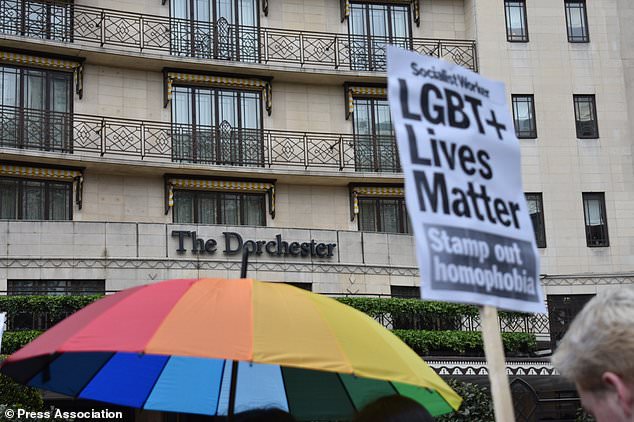 There have been protests outside The Dorchester hotel in London, which is owned by the Sultan of Brunei

‘In light of recent developments, the university undertook a review of how this award now fits with our values.

‘Today I can inform you that the honorary degree has been revoked following a vote by senate, our academic body, which approved a recommendation from our honorary degrees committee.’

Professor Boyne said the university’s process includes an opportunity for the sultan to respond to the recommendation, and that his response was considered by the senate and the honorary degrees committee.

He added: ‘While it is deeply regrettable to be in this position, which is unprecedented for the University of Aberdeen, I fully support the decision.

‘The University of Aberdeen is proud of our foundational purpose of being open to all and dedicated to the pursuit of truth in the service of others.

‘The introduction by the sultan of the new penal code is contrary to our strong commitment to the value of diversity and inclusion.’

The new laws in the south-east Asian country came into effect on April 3. Since then there has been a backlash against resorts owned by the sultan, with actor George Clooney and Sir Elton John among celebrities who announced they would no longer stay at any of a string of luxury hotels – including the Dorchester in London, that he owns.

Deutsche Bank said it has removed Brunei-owned Dorchester Collection group from the list of hotels its employees use.

Under the new laws, which apply to children and foreigners, even if they are not Muslim, those found guilty of gay sex could be stoned to death or whipped. 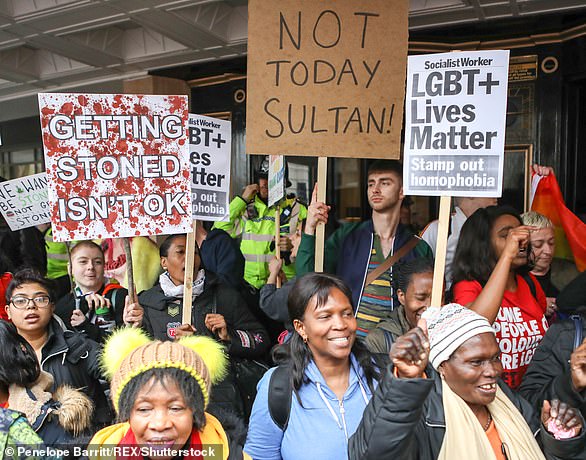 Adulterers risk death by stoning too, while thieves face amputation of a right hand on their first offence and a left foot on their second. Capital punishment will also be imposed for blasphemy or heresy against Islam.

Those caught engaging in lesbian sex will be punished by forty lashes and thieves will have their right hand chopped off. Repeat offenders will then lose a foot.

Sultan Hassanal Bolkiah instituted the code in 2014 to bolster the influence of Islam in the oil-rich monarchy of around 430,000 people, two-thirds of whom are Muslim.

Even before 2014, homosexuality was already punishable in Brunei by a jail term of up to 10 years.