A girl who fled violence-ridden El Salvador with her mother and older sister received a last-minute reprieve from a federal court judge in who stopped her deportation proceedings.

Laura Maradiaga, 11, fled her native Central American country in late September after family members who witnessed a murder in the La Paz region were killed by the Barrio 18 gang.

The gang threatened the family and said they would kill her 15-year-old sister, Adamaris Maradiaga, unless she became the girlfriend of one of the gang members, according to .

Laura’s sister, who stopped attending school and cut off all of her social activities out of fear of what the gang could do to her. 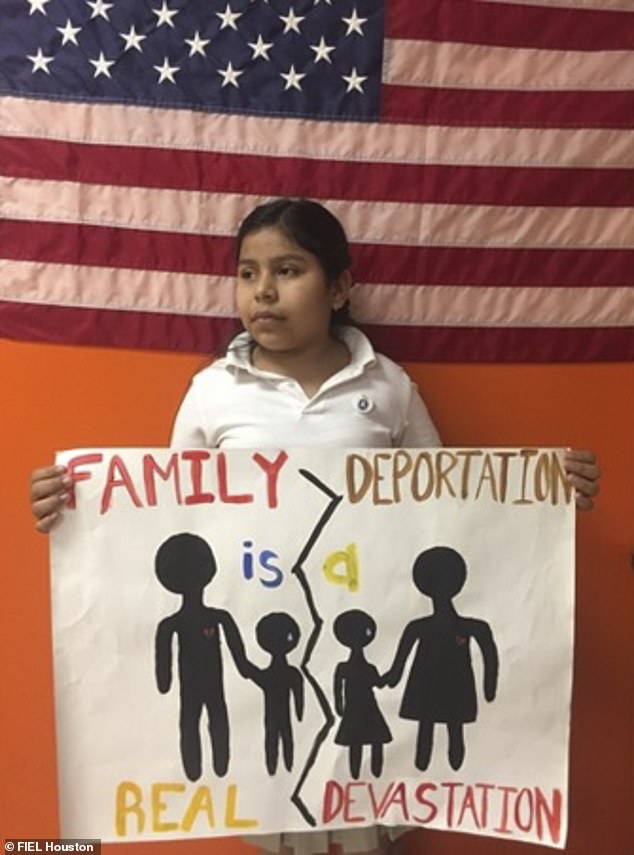 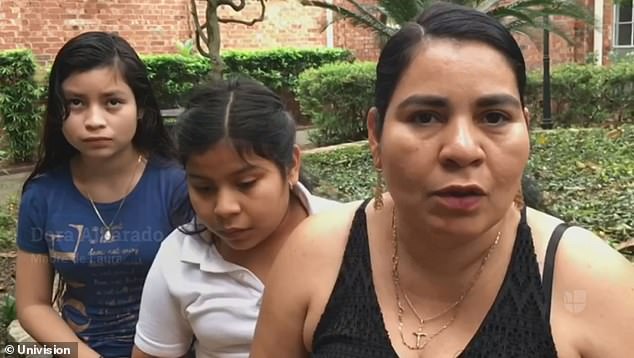 The family made it to the United States border entry point at McAllen, Texas, on October 5, 2017 after spending 17 days on the road fleeing the Barrio 18 gang. (Pictured from left to right: Adamaris Maradiaga, Laura Maradiaga and Dora Maradiaga) 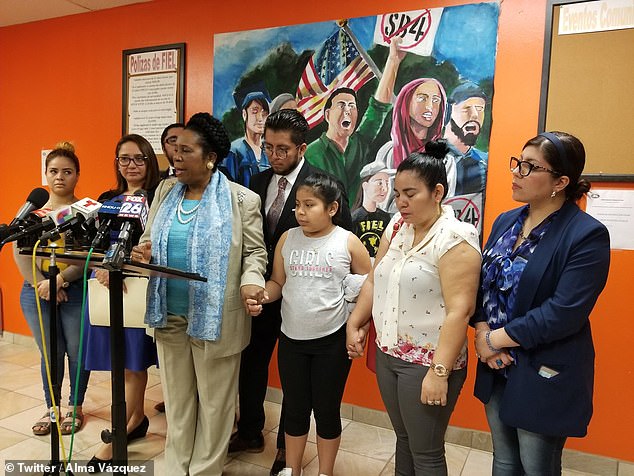 Dora Maradiaga managed to find employment and gathered enough money to make  the journey to the Mexico-United State border.

She arrived at the entry point in McAllen, Texas, on October 5.

They were subsequently released under the condition they appeared before a judge.

The family constantly checked with the local Immigration and Customs Enforcement Agency without missing any hearings.

The family started anew in the U.S., settling down in Houston while they awaited their February 2 court hearing which was postponed because of President Donald Trump’s government shutdown.

Their hearing was moved to March 12, however only Adamaris and Dora received hearing notice for their asylum request.

Laura attended court with her mother and sibling but her name was not included in the docket.

The family then received a letter which notified Laura of her impending deportation order, but they were unable to read it because they can’t speak English.

According to the mother, the notice was dated March 9 but she thought it was a clerical mistake and believed it was April 9 since they it arrived past the scheduled date. 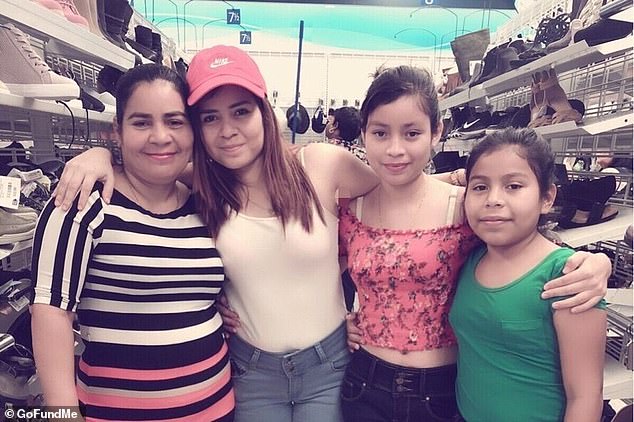 Dora Maradiaga (left) was forced to flee her native El Salvador in September 2018 after a gang threatened to kill her 15-year-old daughter Adamaris (pictured second from right). Also pictured are her youngest daughter, 11-year-old Laura (right) and an unknown woman (second from left)

The family visited the court last Wednesday and was informed Laura would be deported.

Monday’s ruling grants the family’s legal representative, Silvia Mintz, the opportunity to present the asylum case once again and points out that Laura should have never left out of the asylum request hearing in March.

The young girl is slated to appear in court May 20.

It’s unclear how the court made the mistake of keeping Laura’s name off the docket in March, but the family has set up a account to raise money to help keep their family together.

With barely any family members remaining back home, Laura would have to live with her 75-year-old grandfather who is not well enough to care for her.

‘I will continue with the asylum request for her and her family so that they can have the opportunity to present their case before a court,’ the lawyer said in a statement while taking a shot at Trump.

‘I am comforted that the court has rejected Trump’s inhumane policy to separate children from their parents and recognize that it would have been a mistake not to give Laura the opportunity to go to court.’