White House Press Secretary Sarah Sanders admitted that her claim to a press briefing about ‘countless members’ of the FBI being behind the firing of James Comey was not based in fact, the Mueller report has revealed.

Lying to Mueller’s investigators would have been a crime punishable by up to five years in federal prison. Lying to reporters is not a crime – although Sanders claimed to Mueller’s agents that she did not intend to deceive.

Sanders made the initial claim during a televised press briefing on May 10, 2017, one day after Comey was fired by President .

When asked about her comments by special counsel Robert Mueller’s office, Sanders admitted that she’d made a ‘slip of the tongue’ in an apparent attempt to avoid potential perjury charges. 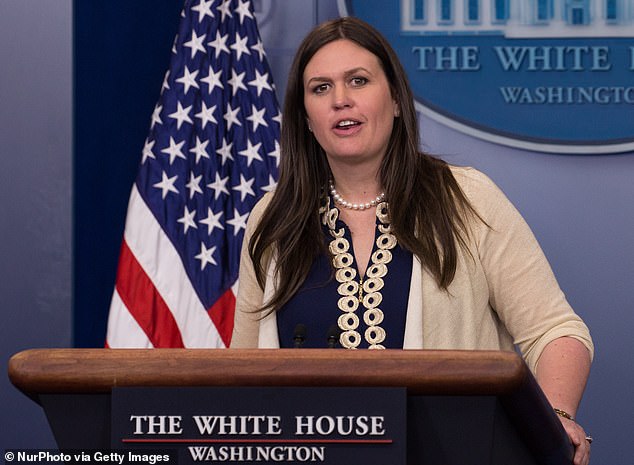 White House Press Secretary Sarah Sanders admitted that her claim to a press briefing about ‘countless members’ of the FBI having lost faith in James Comey was not based in fact, the Mueller report revealed Thursday. Sanders is pictured at the briefing on May 10, 2017 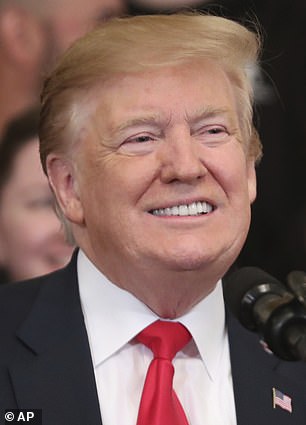 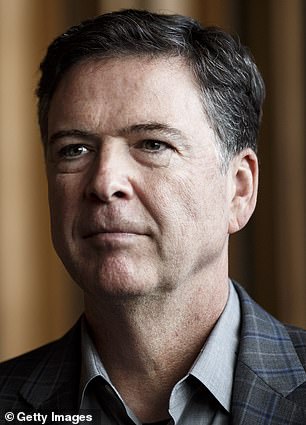 ‘Sanders told reporters that the President, the Department of Justice, and bipartisan members of Congress had lost confidence in Comey, “[a]nd most importantly, the rank and file of the FBI had lost confidence in their director. Accordingly, the President accepted the recommendation of his Deputy Attorney General to remove James Comey from his position,”‘ the Mueller report states.

‘When a reporter indicated that the “vast majority” of FBI agents supported Comey, Sanders said: “Look, we’ve heard from countless members of the FBI that say very different things.”‘

After the press conference Sanders was praised by Trump for her performance at the podium.

She later told the special counsel’s office that her comment about hearing from ‘countless members of the FBI’ was a ‘slip of the tongue’, according to the Mueller report.

‘She also recalled that her statement in a separate press interview that rank-and-file FBI agents had lost confidence in Comey was a comment she made “in the heat of the moment” that was not founded on anything,’ the report said.

Trump’s decision to fire Comey was one of ten items Mueller’s team investigated when looking into possible obstruction of justice by the president.

He initially said that Comey was axed because: ‘Very simply, he was not doing a good job.’

In a later interview with NBC News, Trump specifically stated the ongoing investigation into his campaign was what led him to fire Comey.

‘When I decided to just do it, I said to myself, I said: “You know, this Russia thing with Trump and Russia is a made up story, it’s an excuse by the Democrats for having lost an election that they should’ve won,”‘ the president said.

According to the Mueller report: ‘The president’s draft termination letter … stated that morale in the FBI was at an all time low … But the evidence does not support those claims.

‘The president told Comey at their January 27 dinner that “the people of the FBI really like [Comey]”.

‘No evidence suggests that the president heard otherwise before deciding to terminate Comey.’

The report also indicated that Trump fired Comey because the FBI director refused to publicly exonerate him. 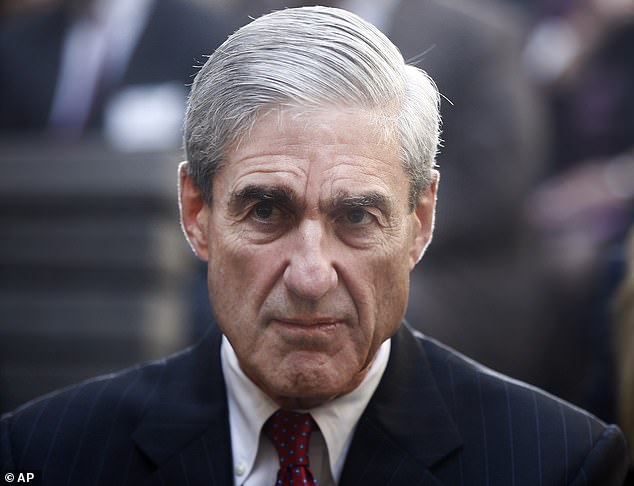 Mueller’s team ultimately opted not to draw any conclusions about the obstruction allegations, stating in the report: ‘If we had confidence after a thorough investigation of the facts that the President clearly did not commit obstruction of justice, we would so state.

‘Based on the facts and the applicable legal standards, however, we are unable to reach that judgment.

‘The evidence we obtained about the President’s actions and intent presents difficult issues that prevent us from conclusively determining that no criminal conduct occurred.

‘Accordingly, while this report does not conclude that the President committed a crime, it also does not exonerate him.

‘After carefully reviewing the facts and legal theories outlined in the report, and in consultation with the Office of Legal Counsel and other Department lawyers, the Deputy Attorney General and I concluded that the evidence developed by the Special Counsel is not sufficient to establish that the President committed an obstruction-of-justice offense,’ Barr stated during a press conference 90 minutes before the redacted report was made public on Thursday. 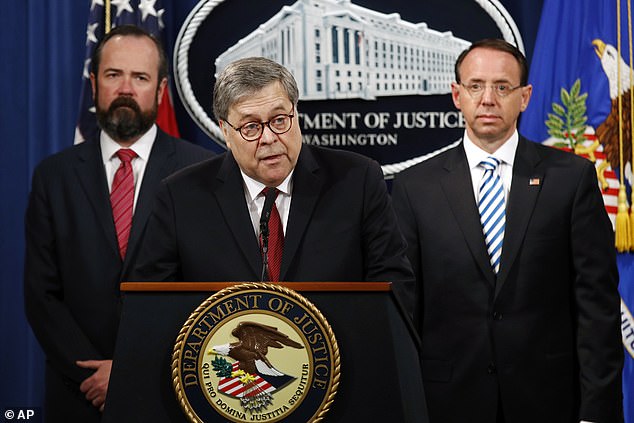 The world's largest aircraft inches nearer to takeoff
The most dangerous types of dancing (and zumba causes more injuries than salsa)
American woman 'raped then murdered by shepherd' in Tbilisi
New drug that reverses memory loss from aging set for human trials
Auction of Chris Watts home is pushed back to July after he admitted to strangling his wife in house
UN: Israeli spyware from NSO Group may have been used in Saudi hack of Jeff Bezos
Head boy, 16, steals a kiss and a hug from Meghan Markle
ASA astronauts Robert Behnken and Douglas Hurley arrive at Kennedy Space Center in white Tesla