A billionaire entrepreneur accused of sexually harassing several of his female employees stormed out of a Los Angeles courtroom on Tuesday, following an angry outburst at one of his accuser’s attorney.

Alki David, 50, shouted ‘You are a…liar, you are disgusting’ from his seat in the gallery before hastily exiting the courtroom during prosecuting attorney Lisa Bloom’s presentation of evidence.

The rageful upsurge came immediately after Bloom announced that her client, 42-year-old Chastity Jones, would be seeking $10 million in damages.

A source told DailyMail.com the mogul was angry that the first day of the hearing was biased and all based on the accuser’s claims

In David’s wake, Bloom warned the jury they had just captured a glimpse of the Greek’s volatile temperament. 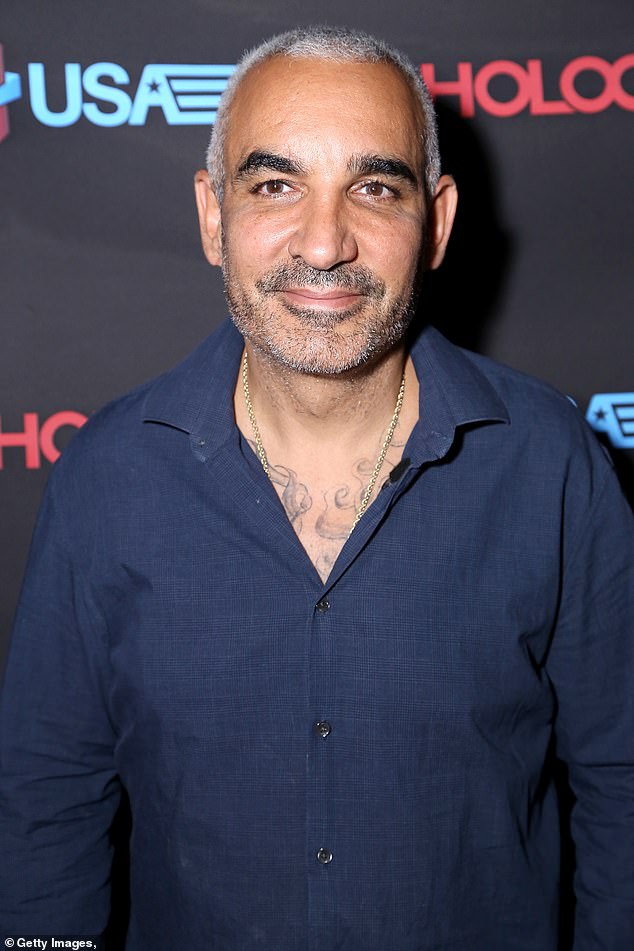 Alki David, 50, is said to have stormed out an LA courtroom on Tuesday, having branded his sexual assault accuser ‘disgusting’ and a ‘liar’ 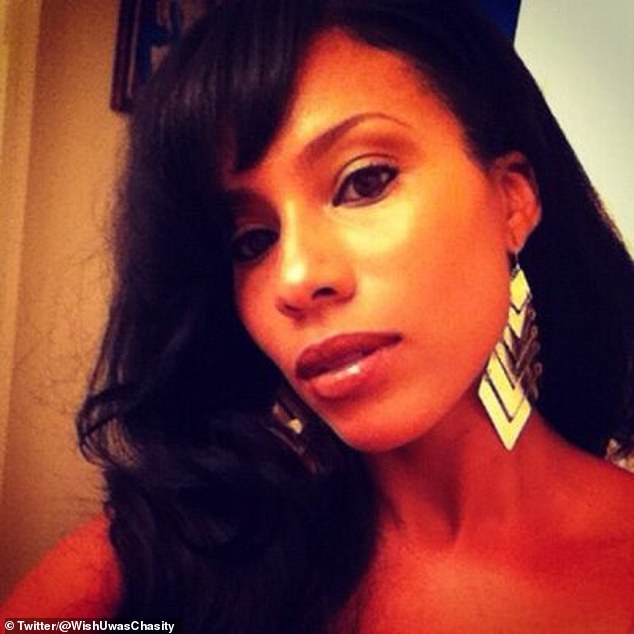 Chasity Jones, 42, says she was fired from her position as a sales accountant at David’s Hologram USA and FilmOn.TV companies for ‘refusing to have sex with him’

Presiding Judge Rafael Ongkeko remained unmoved by the exchange and offered no comment about the defendant’s actions.

Ellyn Garofalo, David’s attorney, said that Jones only made allegations against the business mogul after she was fired positions at two of his companies, Hologram USA and FilmOn.TV.

Before that, Garofalo claimed that Jones always spoke very highly of her employer, regularly telling associates that she loved her job working in a ‘wild and outrageous place’, where sexual innuendo wasn’t uncommon.

David’s companies are responsible for the famed holographic projections of Tupac Shakur, which appeared at Coachella in 2012, and Michael Jackson, who moonwalked across the stage during the 2014 Billboard Music Awards.

Along with another former sales accountant, Jones first filed a lawsuit against David in February 2017, claiming she was ousted from the companies for ‘refusing to have sex’ with him. 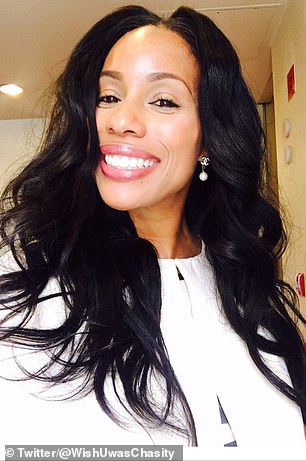 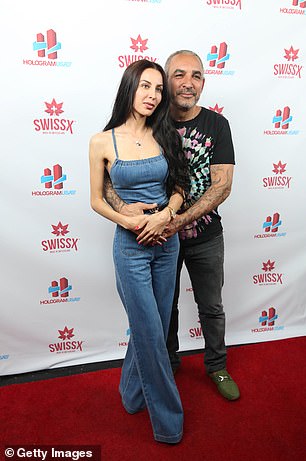 Jones detailed a series of instances in which she believed David (pictured right with his girlfriend, Leila) was sexually harassing her, dating back to when she first started working for the billionaire in 2015

During the hearing, Bloom detailed a series of alleged instances in which David was deemed to have acted inappropriately towards Jones, making her feel uncomfortable.

Shortly after assuming her sales position in January 2015, Jones claimed that David came up behind her, placed his hands on her shoulders and told her to follow him on Instagram.

The single-mother says she pulled away and said no, but apparently David repeated the interaction several days later.

Bloom showed the jury one of David’s alleged Instagram postings containing a photo depicting Caitlyn Jenner with a stunned look on her face with a caption that read, ‘When you play with your vagina for the first time.’

As Bloom went on to describe another instance in which her client voiced discomfort, regarding a male stripper dressed as a policeman hired to come to the office, David was heard laughing as Bloom referred to Jones as a ‘Christian woman’. 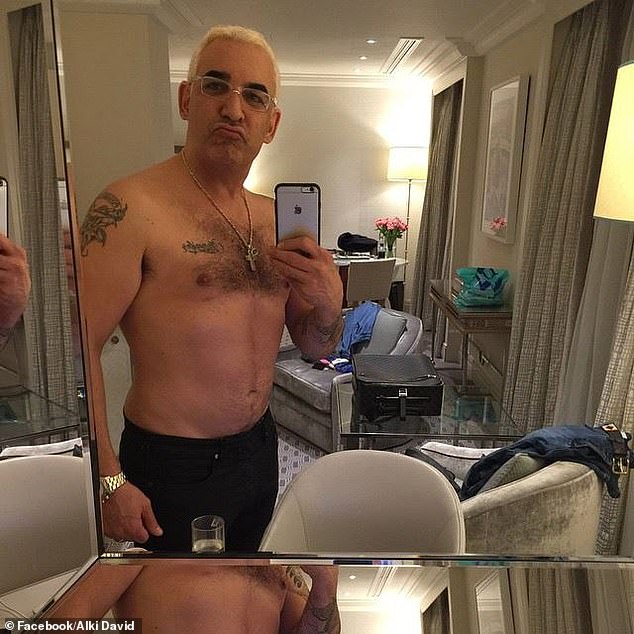 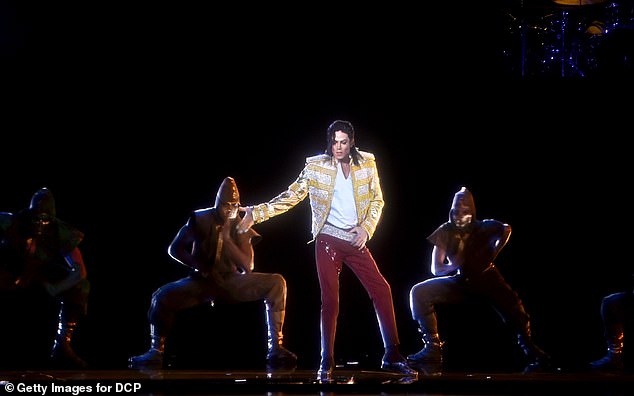 Also among the slew of allegations, was one encounter shortly after Jones’ mother died, in October 2015. She said David pretended to be sympathetic at first, but during a meeting regarding her mother’s passing, the CEO allegedly ran his hands up her legs.

He is said to have later ordered her to watch the adult video ‘Two Girls, One Cup’ on her computer, which left Jones feeling ‘demeaned’, Bloom claimed.

Jones was then fired in November 2016.

‘This is a case about a sexual predator running loose in a company he controlled,’ Bloom told the courtroom. ‘She [Jones] was fired because she refused to have sex with him.’

Jones was the first witness called in the trial. The additional sexual harassment lawsuit, filed by Jones’ co-worker, Elizabeth Taylor, will be tried at a later date.

Good Morning America's Amy Robach marks five years since breast cancer by tackling Mount Kilimanjaro
NHL analyst nearly struck by an incoming puck that ultimately smashes into NBC's on-ice camera
Ralph Lauren selling off all assets from his charity after wife Ricky transferred $100 MILLION stock
Third person accused of murdering California psychiatrist appears in court
Man who was set on fire as he slept by two 'friends' reveals horrendous wounds to his body
Prince Charles likes milk to be added to his tea after its been poured
Parents of missing cult kids issue statement calling themselves 'loving' and 'devoted'
Man, 19, jumps to his death off the 150-foot Vessel sculpture in Hudson Yards