She’s an up-and-coming model who has seen her public profile rise since she began dating Keeping Up With The Kardashian’s star .

And the 20-year old opted for a youthful look in black leather pants. 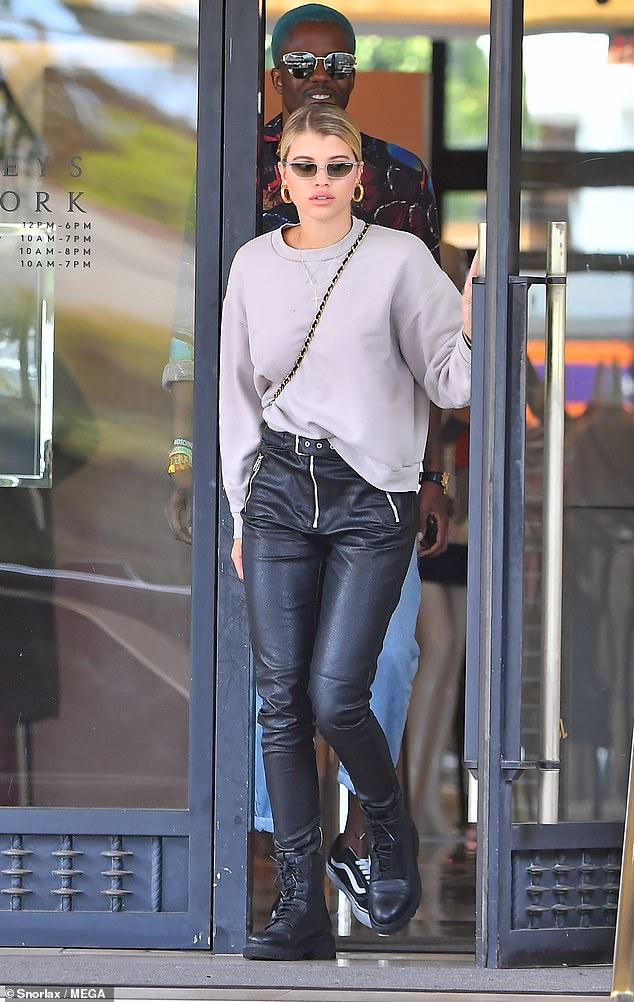 The pants, which stylishly had three long zippers along the front, hugged her amazingly toned physique and were tucked into a pair of black combat-style boots.

She matched it with a light grey long-sleeve shirt that was stylishly tucked into the pants on the right side to show off her small waist and black belt.

The daughter of music legend, Lionel Richie, pulled her dyed blonde tresses back into a ponytail with a part to the slight right. 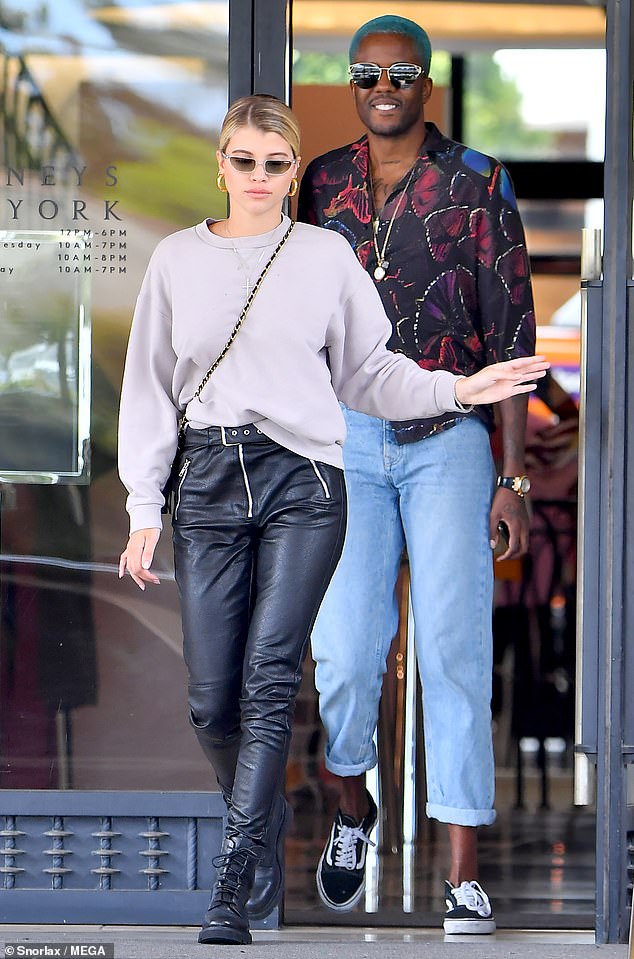 On the hunt: The model was spotted leaving Barneys with Vas following close behind

Cool kitten: The 20-year old rocked a pair of leather pants that were tucked into black combat-style boots with a light grey shirt

Stylish: Richie tucked her shirt into her pants to show off the design and her svelte waistline

Also sporting a high-end pair of sunglasses, the 20-year old was spotted leaving the retail giant store, Barneys with Vas following close behind.

He looked arty-cool in light jeans that were rolled up at the bottoms with a black patterned shirt, Vans sneakers and his short locks dyed blue.

While Sofia appeared to have a serious look on her face as she walked out the store doors, her male mate was all smiles for the walk to their car. 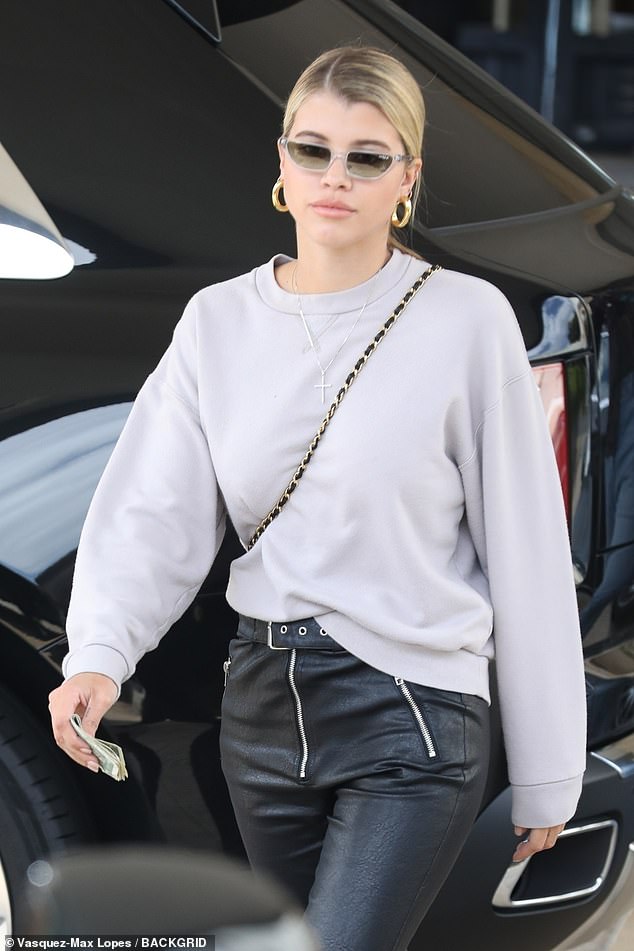 Nothing but the best: The model also donned a pair of high-end sunglasses and hoop earrings 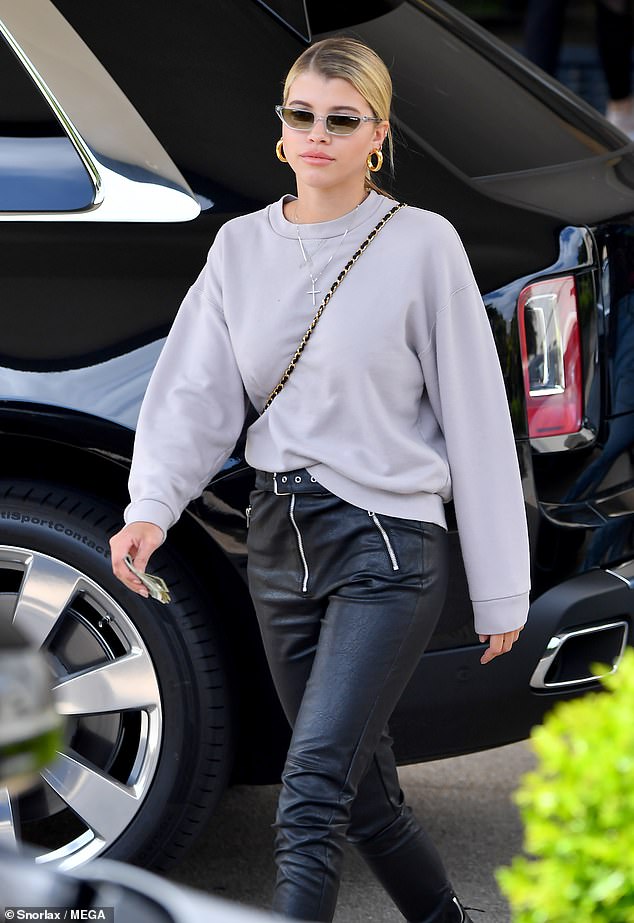 High public profile: Richie has been dating Keeping Up With The Kardashian’s star Scott Disick for nearly two years 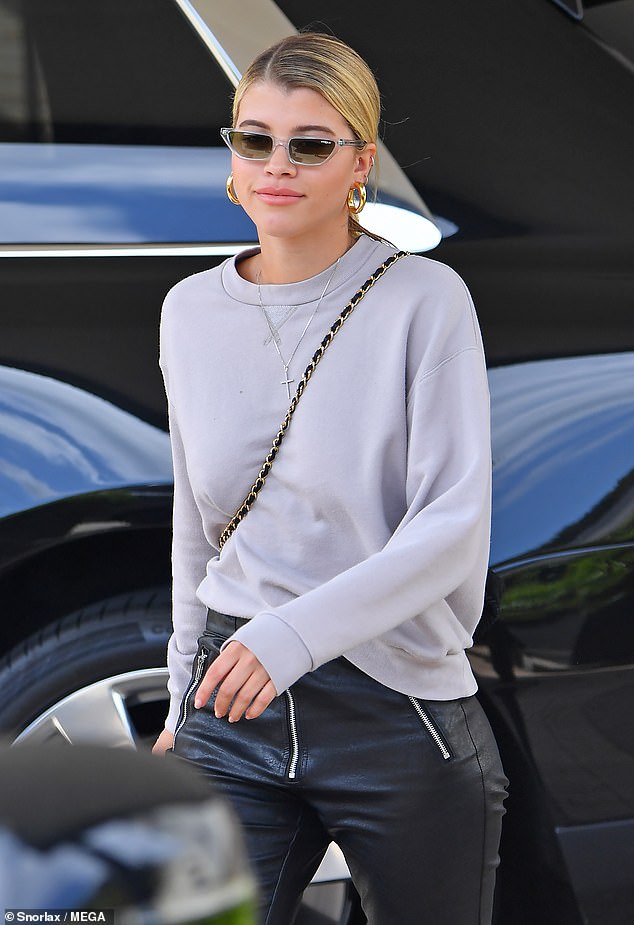 Lighter moment: At one point the serious-looking Richie flashed a smile

Richie started modeling at the age of 14 with a feature in Teen Vogue.

She went on to sign with the London-based modeling agency Select Model management when she was 16.

Over the last four years she has been featured in a number of advertising campaigns that includes Chanel, Adidas, Michael Kors, Tommy Hilfiger, DL 1961, and Madonna’s Material Girl line

She also had a cameo appearance as herself in Ocean’s 8 last year. 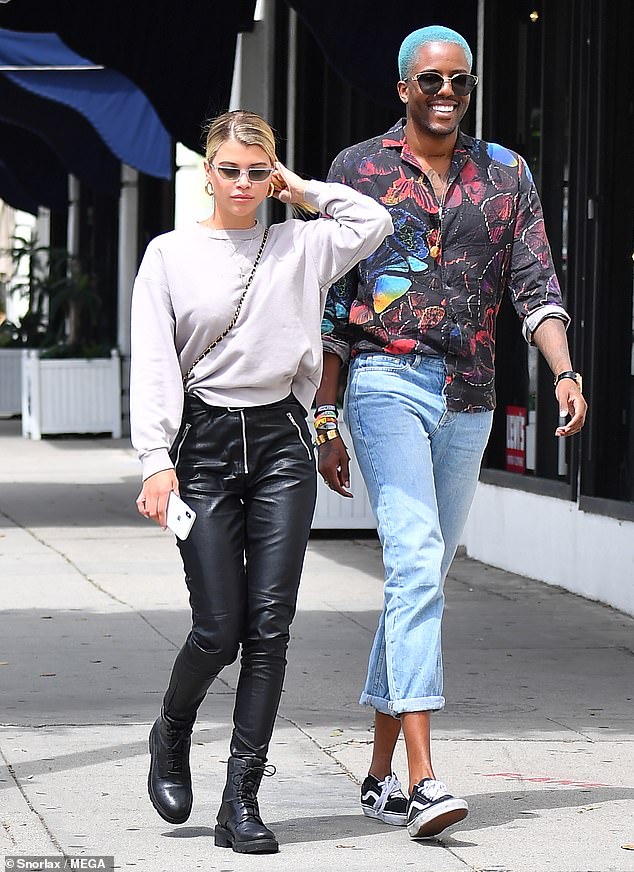 On the go: The friends left Barneys and headed to the car 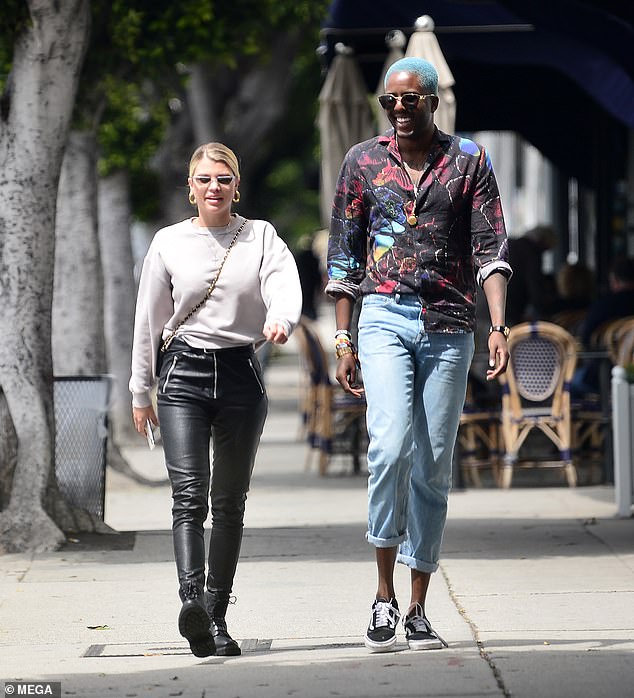 On her way: Richie started modeling at the age of 14 with a feature in Teen Vogue. She went on to sign with the London-based modeling agency Select Model management when she was 16