The manhunt for an 18-year-old girl ‘infatuated’ with the Columbine massacre that has closed all Denver public schools is continuing as a disturbing journal believed to be written by the teen has emerged online.

Authorities are frantically searching for Sol Pais after she flew from Miami to Denver on Monday and bought a pump-action shotgun and ammunition just days before the 20th anniversary of the mass shooting at Columbine High School that killed 13 people.

The FBI described the Miami high school senior as ‘extremely dangerous’ and said she had made threats to ‘commit an act of violence’ in Denver after becoming after becoming fixated on the shooting massacre.

As the manhunt for the teenager continued on Wednesday and Denver public schools were shut down as a precaution, a disturbing website that is believed to belong to Pais emerged. 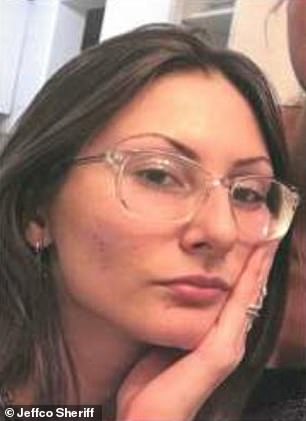 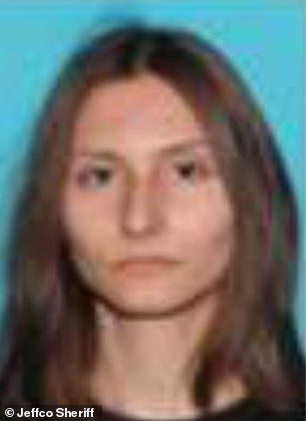 The site is filled with self-hate journal entries and contains a tribute to a Marilyn Manson song that was inspired by the high school shooting.

DailyMail.com has viewed the website but has chosen not to publish copies of the diary entries.

The site contains photocopied handwritten journal entries with multiple drawings of guns and troubling phrases like ‘being alive is f**king overrated’ and ‘how do I pull it out of me? I’m f**king empty.’

The website also has the phrase ‘1999 – the nobodies’ written on it. Marylin Manson wrote a song titled The Nobodies based on the 1999 shooting massacre at Columbine.

Another social networking page has also been found under Pais’ name and contains a profile photo bearing a resemblance to photos released by authorities during the manhunt for her.

It asked for readers to be the ‘best killers’.

The profile, which also contains a link back to the website with the journal entries, also has five items listed on a to do list, including: ‘Self destruct, burn out, walk away, reject apologies and fade.’

The FBI revealed on Tuesday that Pais had become ‘infatuated’ with the Columbine shooting. 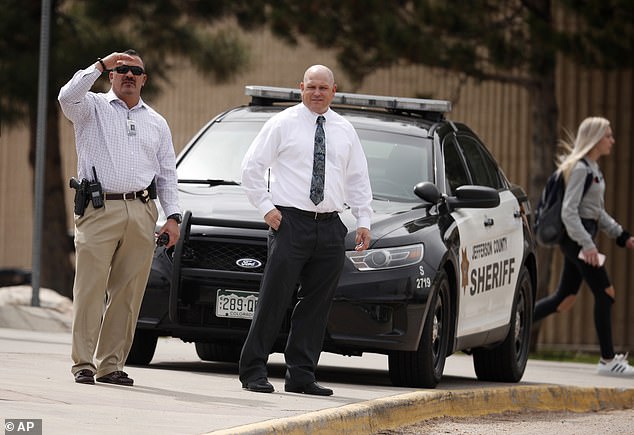 As the manhunt for the teenager continued on Wednesday, Denver public schools were shut down as a precaution. Pictured is Columbine High School principal Scott Christy (right) and an law enforcement officer watching on as students left on Tuesday

Two teenaged boys who attended Columbine High School shot and killed 12 classmates on April 20, 1999 before committing suicide. At the time, it was the deadliest school shooting in U.S. history.

Authorities said the threats Pais made were general and not specific to any school.

The Denver FBI office was alerted to the potential threat early Tuesday by Miami FBI agents and they notified area schools that afternoon.

About a dozen Denver area districts called off classes for Wednesday as safety concerns remained.

Columbine and more than 20 other schools outside Denver locked their doors for nearly three hours on Tuesday afternoon before Wednesday’s complete closures were announced.

‘We consider her a credible threat to the community,’ FBI Special Agent in Charge Dean Phillips said at a press conference late Tuesday.

An FBI bulletin from early Tuesday said authorities lacked probable cause for a formal arrest but that law enforcement should detain Pais for a mental-health evaluation.

Officials released two photos of Pais and said she was last seen in the foothills of Jefferson County on Monday dressed in a black T-shirt, camouflage pants and black boots.

The FBI searched the Miami Beach home where Pais lives with her parents on Tuesday night.

The teenager’s father Gardi Pais, 58, told DailyMail.com that the family had not heard from her since Sunday.

The elder Pais said he thought his daughter had a ‘mental problem’ and begged her to return home.

‘They are looking for her. We don’t have any idea,’ he said from behind his Florida front door.

Asked if he had a message for his daughter, Pais said: ‘Please come home.’ His voice trembling, he added: ‘I think she’s gonna be okay. I think maybe she has got a mental problem.’