The Palace of Westminster is at risk of a ‘huge’ fire just like the one that has torn through Notre Dame, MPs have warned following yesterday’s blaze.

Parliament has caught fire 40 times in just four years, politicians have warned, after the Paris cathedral was pictured in ruins today.

And the palace was destroyed in a fire in 1834 to be later rebuilt by architect Charles Barry. The 900-year-old Westminster Hall survived the inferno.

Members are calling for action to safeguard the site but demands for greater safety measures follow years of baulking at the billions required to restore the building.

Today’s stark warnings come less than two weeks after the Commons were flooded by a leak through its roof, spilling gallons of water into the press gallery. 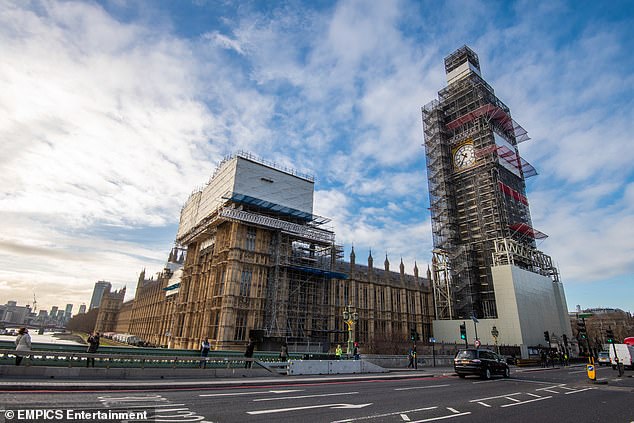 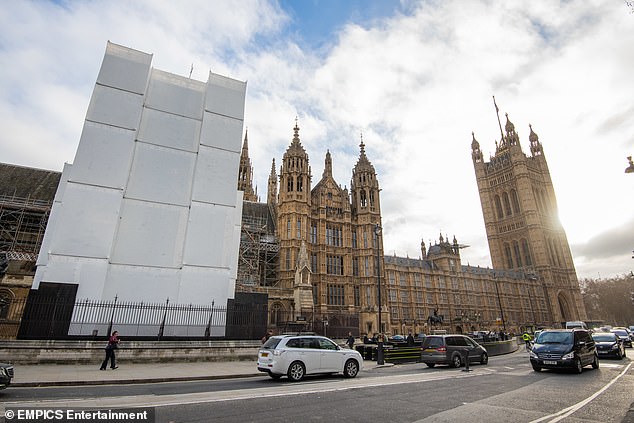 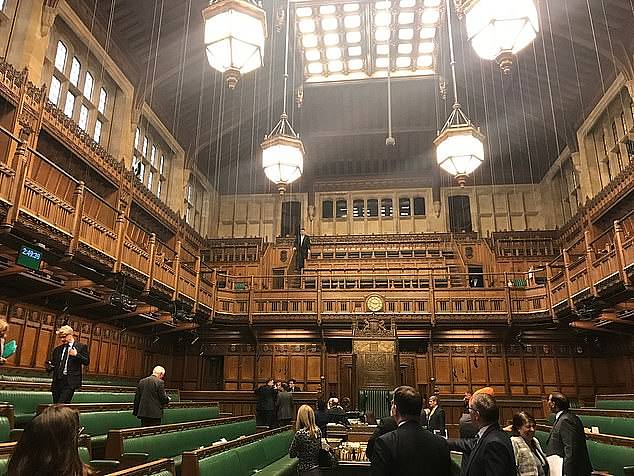 Parliament’s ‘restoration and renewal’ programme is not expected to start in earnest until the mid-2020s after MPs and peers voted in early 2018 to leave the historic building to allow the work to be carried out.

Labour MP Chris Bryant, who sat on a joint committee of parliamentarians from both Houses which examined the risk of a catastrophic event, says that it is taking far to long to make the building safe.

‘We have taken far too long already putting our fire safety measures in place,’ he said. ‘Parts of the Palace are as old as Notre Dame and we must make sure that every fire precaution is taken as the major work goes ahead. God knows we’ve had enough warnings.’

Labour leader Jeremy Corbyn has also slammed the current state of the palace as ‘very poor’.

Mr Corbyn said the blaze at Notre Dame was ‘very, very sad’ and warned that the fire risk was ‘huge’ for Parliament.

‘You can see the majesty and beauty of that building (Notre Dame) and to see it destroyed is devastating, I think, for everybody in Paris and indeed around the world, because you see beautiful buildings like that and think of the beautiful buildings we’ve got in this country,’ he said. ‘If any of those were destroyed in fire, how would we feel about it? 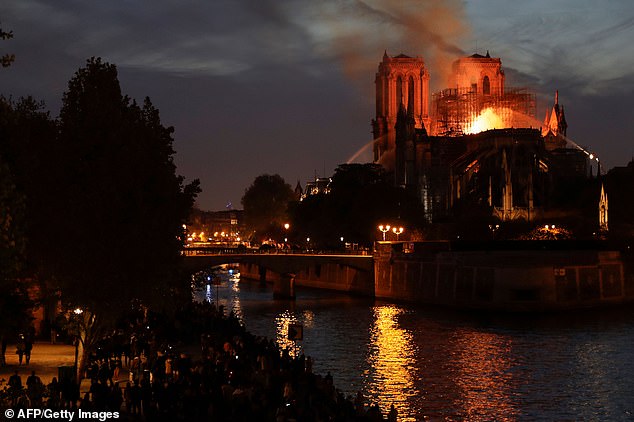 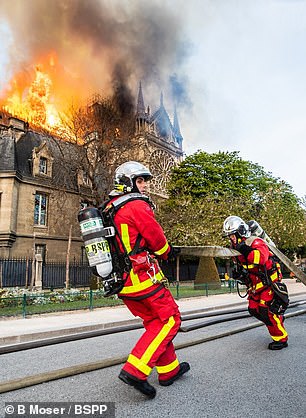 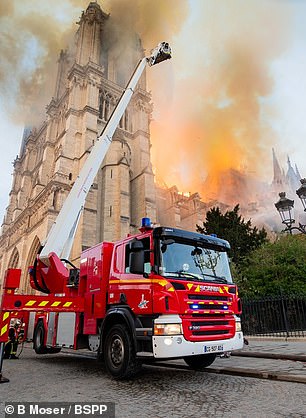 ‘The state of the building is very poor in Westminster and a fire risk is obviously huge with a building that has so much wood within it.’

The 2016 joint committee report noted ‘a substantial and growing risk of either a single, catastrophic event, such as a major fire, or a succession of incremental failures in essential systems which would lead to Parliament no longer being able to occupy the Palace’.

Fellow Labour MP Anna Turley said she was shocked by the state of the building when she was first elected to Westminster in 2015.

‘On my induction my “buddy” was an engineer,’ she said. ‘He showed me the electrics – it looked a health and safety disaster (and fire) waiting to happen.’

Cabinet Office Minister David Lidington, effectively Theresa May’s deputy prime minister, said a water leak in the Commons earlier this month was a stark reminder of the need to deal with the building’s problems.

Writing in the Bucks Free Press, the Aylesbury MP said: ‘With each year that passes, the risk of a catastrophic fire grows.’

The Palace of Westminster was constructed in the mid-1800s as a state-of-the-art purpose-built home for Parliament after a fire in 1834 destroyed large parts of the old building, although the medieval Westminster Hall survived.

Although architect Charles Barry put fire safety at the centre of his designs for the new Palace by using cast iron and stone, the opulent interiors he created with Augustus Welby Pugin used vast quantities of combustible materials.

This and the huge network of ventilation shafts and floor voids they created to aid ventilation had the unintended effect of creating ideal conditions for fire and smoke to spread throughout the building.

Fire safety systems are in place throughout the Palace but they are antiquated and safety officers are required to patrol the building around the clock to spot signs of a blaze.

A parliamentary spokesman said: ‘Fire safety is a key priority for Parliament and protections are constantly reviewed and updated including at our active construction sites.

‘Last year, we completed a major programme of works to enhance fire safety measures in the Palace of Westminster, and while this work continues we stand ready to learn any lessons that emerge from the fire at Notre Dame to ensure we do everything possible to protect our people and buildings on the Parliamentary Estate.’

Plans were being put in place to ensure that fire risks are kept ‘to an absolute minimum’ when construction works for the restoration and renewal programme start.

‘Health, safety and well-being, including fire safety, will remain the highest priority,’ the spokesman said.

Birth of a black hole or neutron star is captured for the first time
Ex-special constable who carried out campaign of ‘mental torture’ on family friends is jailed
The world's best wildlife walks from Nepal to the Himalayas
American lawyer, 62, becomes 11th person to die on Everest in 10 days
Mike Ashley warns House of Fraser has 'terminal problems'
The 'radicalisation' and 'demands of some migrants' is a serious concern, warns UN official
Hong Kong protesters fight back with tennis racquets
Coronavirus UK: Airport and Tube passenger numbers drop