As a 54-year-old Jew, when hear the word ‘Nazi’, I listen. I pay close attention because, like every other Jew, I know the meaning of the word and its special resonance.

If the Nazis had not been defeated, I wouldn’t be here. I would never have been born because, had Adolf Hitler successfully invaded Britain and won the war, my parents — both born in — would have joined the millions of Jews murdered by the Nazis.

So I have a message for David Lammy, the Labour MP who at the weekend likened members of the hard- European Research Group (ERG) of Conservative MPs to the Nazis. 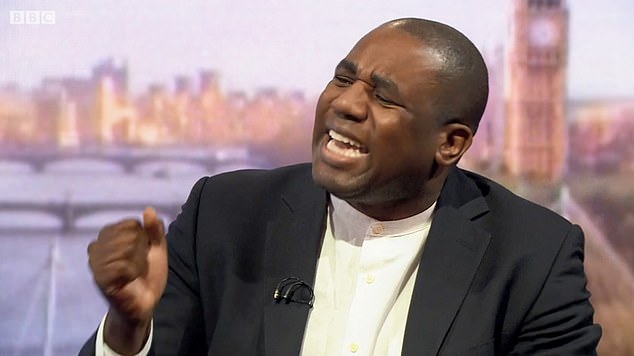 David Lammy’s statement at the weekend likening members of the hard-Brexit European Research Group to the Nazis exposes him as an ignorant, hate-mongering fool

It’s a message that comes from my heart: How dare you?

How dare you compare people with whom you disagree on Brexit with the men and women who committed genocide — who planned in meticulous detail the most efficient mechanism for murdering an entire people?

Mr Lammy’s words are so shockingly inappropriate that they seem even worse the more one thinks about them.

Last month, Mr Lammy attended an anti-Brexit rally at which he said: ‘I’m just looking over there at Winston Churchill. On the 30th of September, 1938, he stood up in Parliament and he said we would not appease Hitler. 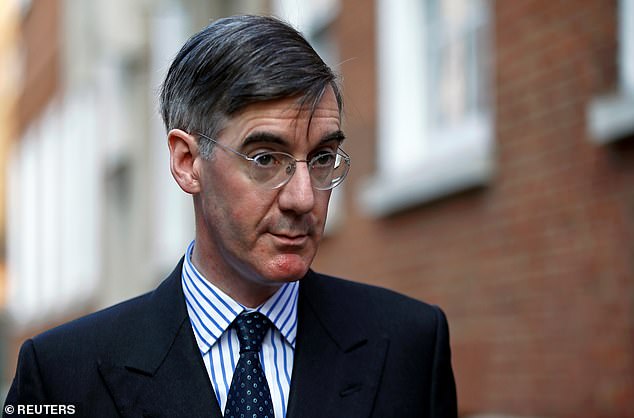 Jacob Rees-Mogg is one of the most destructive forces in modern British politics. Everything he touches fails. But it is unfair to liken him to a Nazi

On the Andrew Marr Show on BBC One on Sunday, Mr Marr said to Mr Lammy: ‘By implication you’re comparing the ERG to the Nazi Party — or at least to South African racists. That was an unacceptable comparison, wasn’t it?’

Instead of apologising for his remarks, Mr Lammy said: ‘I would say that wasn’t strong enough.’

In other words, the ERG — all of whom are elected Conservative MPs — are worse than the Nazis who invaded most of Europe and sought to subjugate the world.

Doubling down, Mr Lammy said: ‘In 1938, there were allies who hatched a plan for Hitler to annex part of Czechoslovakia, and Churchill said: ‘No.’ And he stood alone.’ Mr Lammy repeated: ‘We must not appease.’

Thus, by opposing Brexit, Mr Lammy appeared to be comparing himself to Churchill. The implication was clear: anyone who does not share Mr Lammy’s view that hard Brexiteers are Nazis is therefore an appeaser of Nazis.

As it happens, I’m a Brexiteer. But I regard the ERG as deluded fools. I consider Jacob Rees-Mogg, the chairman of the ERG, to be one of the most destructive forces in modern British politics.

Everything he touches fails, whether it was the farcical vote of no confidence in Mrs May that he orchestrated at the end of last year, or his bone-headed stance against Mrs May’s Withdrawal Agreement — which he then reversed when he realised, far too late, that he was endangering Brexit itself.

And I viewed with horror Mr Rees-Mogg’s decision last month to post on Twitter a video of a speech made by the co-leader of the German far-Right party Alternative für Deutschland (Alternative for Germany). No mainstream British politician should have anything to do with the AfD. 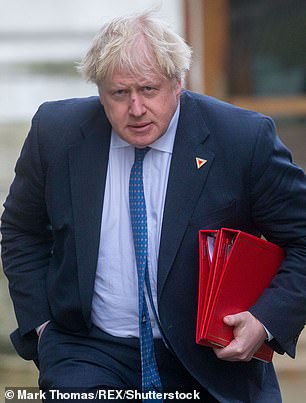 Rightly, Mr Lammy pointed to Mr Rees-Mogg’s tweet quoting the AfD: ‘We have, in the ERG, in Jacob Rees-Mogg, someone who is happy to put onto his web pages the horrible, racist AfD party, a party that’s Islamophobic and on the far-Right.’

Had Mr Lammy stopped there, or had he simply attacked the ERG, I would have agreed with him. Their obstinacy over Brexit has caused great damage.

But the idea that ERG members are comparable to the Nazis because they have a different view on Brexit from Mr Lammy — and from me — is so grotesque that it reveals far more about the MP for the North London district of Tottenham than it does about the ERG.

Mr Lammy asked rhetorically: ‘What kind of country are we going to be like if these people [Mr Rees-Mogg and Mr Johnson] are running it?’

Mr Marr then asked Mr Lammy if he was really saying that Mr Rees-Mogg and Mr Johnson were Nazis.

He replied: ‘Ask Boris Johnson why he’s hanging out with Steve Bannon.’

Mr Bannon is a deeply worrying figure whose shady attempt to create a pan-European movement of far-Right parties needs to be countered. But he is not — does this really need to be said? — a Nazi.

The word ‘Nazi’ is bandied around as if it means ‘someone whose views I find disgusting’. There are — just — people still alive who know what Nazism is. They fled their homes or survived concentration camps. And they saw what real Nazis are and how they behave.

Notoriously, the now Independent MP Anna Soubry was verbally abused outside Parliament as a ‘Nazi’ by a pro-Brexit demonstrator some months ago.

But there is one big difference — while Ms Soubry’s assailant was arrested and is expected to face trial, Mr Lammy, on national TV, can accuse people with whom he disagrees of being Nazis and get off scot-free.

There is, however, another aspect to this sorry story which shows that Mr Lammy is not merely an idiot with no concept of recent history, but a cynical hypocrite, too.

As an MP, he is campaigning to put his party into power. Yet that party is now led by a man who has done more to unleash a culture of ‘Jew-hate’ than any politician since Hitler was defeated in 1945.

Under Jeremy Corbyn, Labour has become institutionally anti-Semitic and is preparing for an investigation by the Equality And Human Rights Commission.

Barely a day passes without news of yet another anti-Semitic Labour member or candidate emerging.

And Mr Corbyn himself has a long and foul history of embracing Jew-haters, from describing terrorists as ‘friends’ to inviting the hate preacher Raed Salah (who peddled the libel that Jews drink the blood of first-born children) to tea in the Commons and donating money to Paul Eisen, a Holocaust denier.

No wonder that, in a recent poll of British Jews, 96 per cent said anti-Semitism is now an important factor for them in deciding how to vote.

This is the party Mr Lammy represents, and the leader he wants to see installed as Prime Minister. Yet he has the gall to accuse the ERG, which simply takes a different view to him on Brexit, of being Nazis.

I have a suggestion for Mr Lammy. Over the next few days, he should read a history of the Third Reich.

I can recommend a few, such as Sir Richard Evans’s The Third Reich In Power or Sir Ian Kershaw’s biography of Hitler.

Then Mr Lammy might learn who and what the Nazis really were — and hang his head in shame.

Stephen Pollard is editor of The Jewish Chronicle.