has taken the lead on the final day of The Masters with just a handful of holes left in the tournament.

Woods, 43, caught up with tournament leader Francesco Molinari on the 12th hole at Augusta National Golf Club in Georgia on Sunday, when Molinari double-bogeyed on a shot into the water.

On the back nine, there was a five-way tie for first place at one point, with Woods, Molinari, Xander Schauffele, Brooks Koepka and Dustin Johnson all sitting at 12 under par.

Woods jumped out to the lead with a birdie on the 15th hole for 13 under. 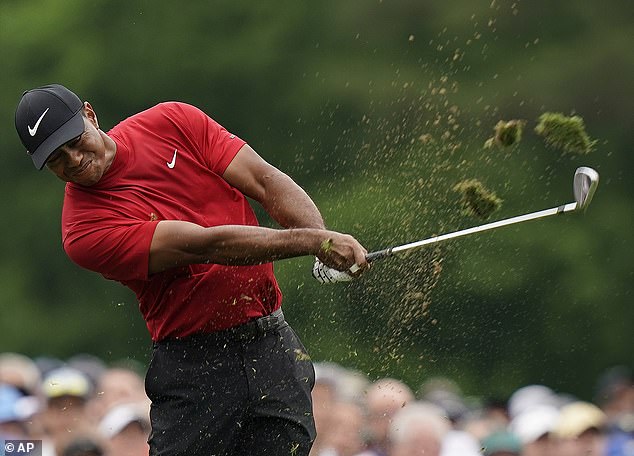 Tiger Woods hits on the 12th hole during the final round for the Masters golf tournament, Sunday, April 14, 2019, in Augusta, Georgia 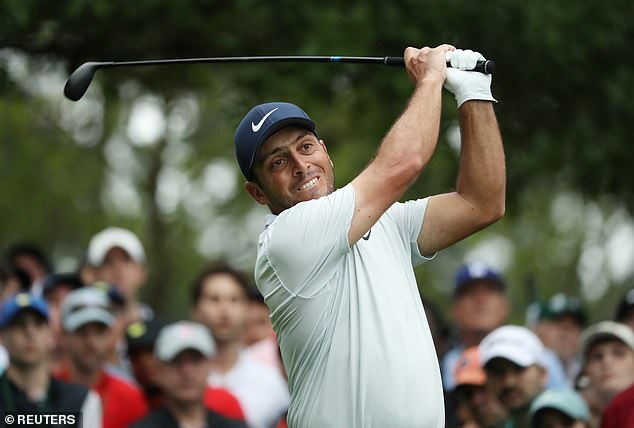 Francesco Molinari of Italy in action on the 4th hole during final round play. He entered Sunday leading the tournament

Woods was wearing his trademark final-round red shirt for the tournament’s last day.

It would be Woods’ first green jacket since 2005, which was his fourth win at The Masters.

Woods has suffered from injuries and persistent back pain in the interim, and underwent back surgery in 2015. He missed The Masters in both 2014 and 2016 due to back issues.

Scandal hit in 2017, when he was charged with DUI in Jupiter, Florida. He said he had been taking prescription drugs without realizing the side effects, and was sentenced to probation after pleading guilty to reckless driving. 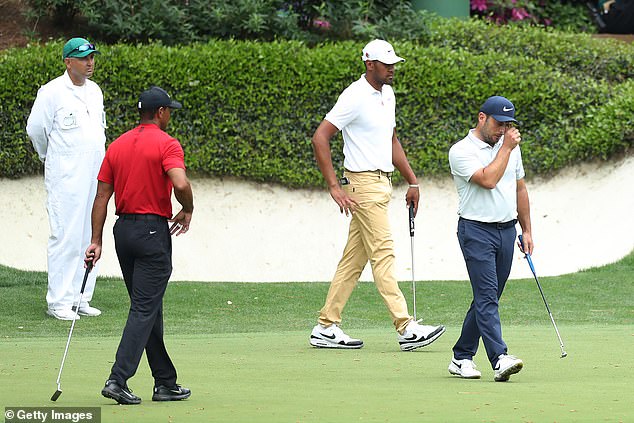 Francesco Molinari of Italy (right) reacts to his double bogey on the 12th hole, which allowed Woods to tie him for the lead

Britain's FBI helps grab £100million cocaine haul on its way to London
Social media companies must stamp out 'damaging' anti-vaxxer myths, Health Secretary warns
Boy with cancer can now livestream his school lessons to his hospital bed
Emmys 2019: Killing Eve star Jodie Comer leads the Brits with her first EVER nomination
Boy, 17, charged with murder of lawyer, 52, who was stabbed with a screwdriver outside Greggs
DR MICHAEL MOSLEY: Should I wear gloves and a mask when flying?
Intelligence chiefs are 'sharing less information with Priti Patel because they don't trust her'
Coronavirus UK: 250k-strong volunteer army sought to boost NHS