A Long Island mother-of-two accused of trying to kill her estranged husband by pouring antifreeze into his drinks at least twice in front of their young children has appeared in court.

Renee Burke, 40, has pleaded not guilty to the attempted murder of her husband Matthew Burke amid their nasty divorce.

She arrived at the Riverhead courthouse in Suffolk County on Thursday with her legal team. 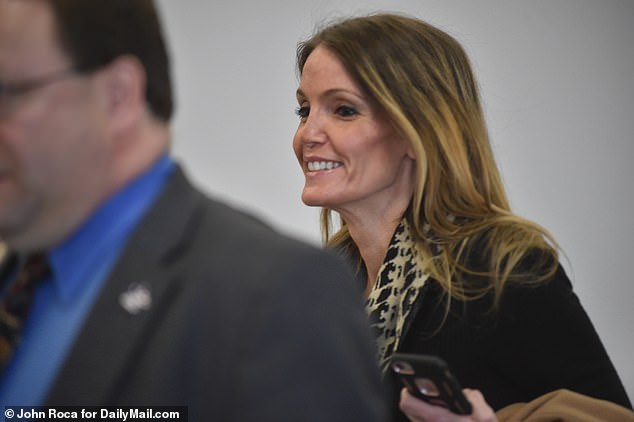 Renee Burke at the Riverhead courthouse hall (center) on Thursday 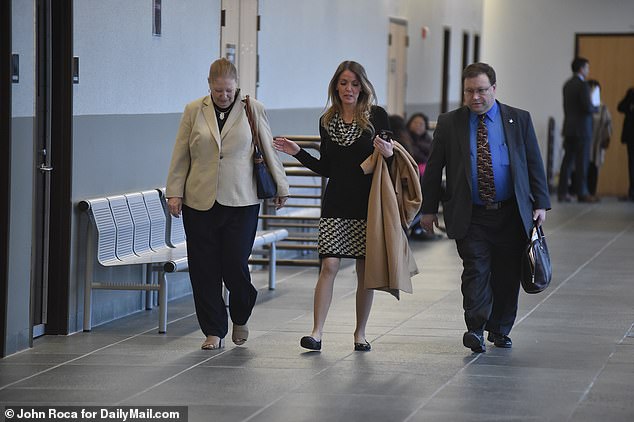 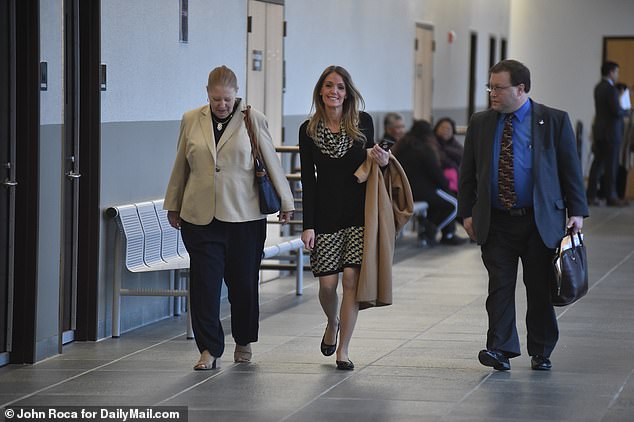 She carried a tan coat and seemed animated as she smiled and made her way into the courtroom.

Prosecutors say Renee Burke was caught on surveillance camera breaking into her husband’s apartment at least three times in September and putting anti-freeze in his wine bottle and soda.

Former husband Matthew Burke has custody of the their four-year-old son and eight-year-old daughter. 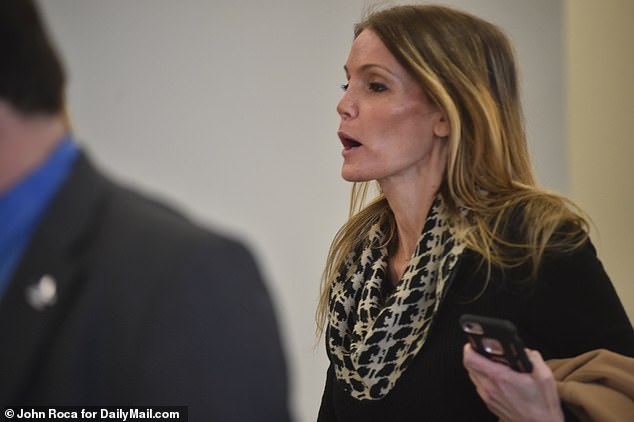 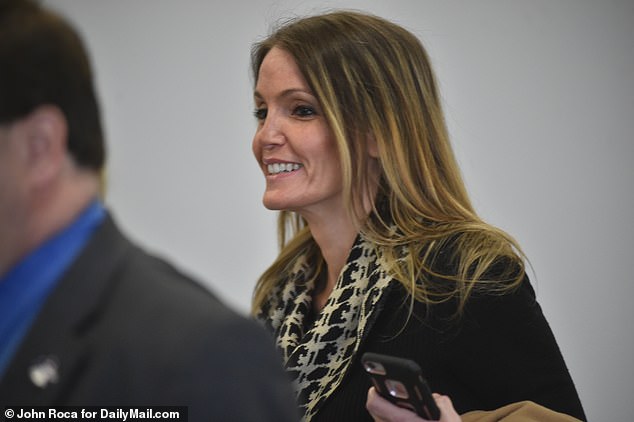 ‘The evidence in this case includes video surveillance that shows the defendant taking a wine bottle out of the fridge and taking baby bottles filled with antifreeze and pouring the liquid into the wine bottle,’ Sini said. 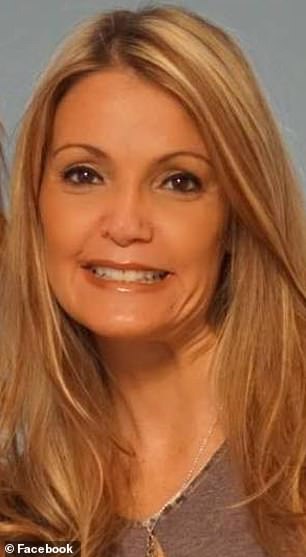 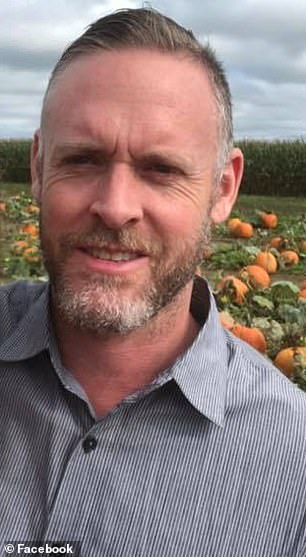 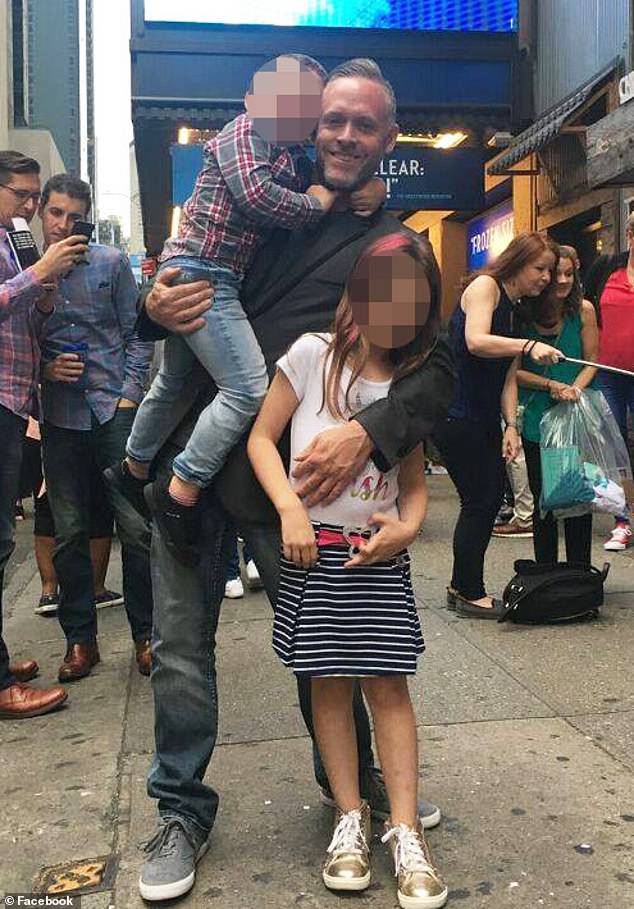 Matthew has custody of their four-year-old son and eight-year-old daughter, who prosecutors say witnessed their mother trying to poison their father

On two of the occasions, Matthew did drink from the bottle but noticed the odd taste, spat it out and called police.

Prosecutors say that when Burke was arrested she claimed to have poured fruit juice into the wine bottles, despite investigators finding searches for ‘antifreeze with alcohol’, ‘what liquids for cars can kill a human,’ and ‘can antifreeze kill human,’ on her phone.

Renee Burke has pleaded not guilty to attempted murder, attempted assault, burglary and other charges. 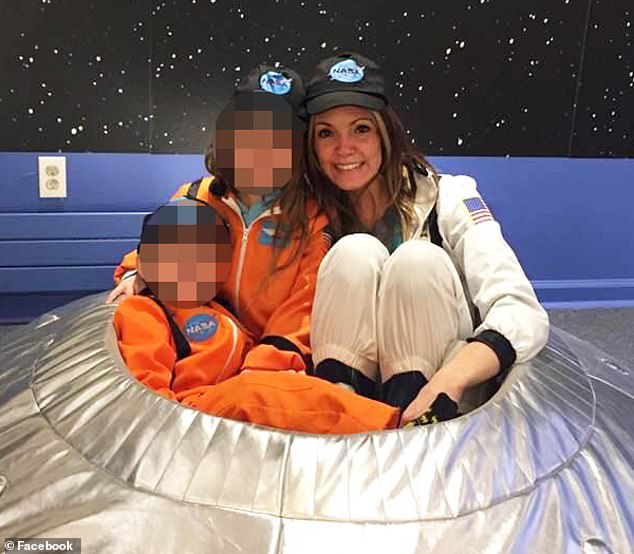 Why I’m a a lot better dad at 62 than I used to be at 26
Bode Miller's wife shares ultrasound of baby boy taken days after daughter's death
Daniel Mallory 'lied about having brain cancer to hide his past struggles with bipolar disorder'
UCLA soccer coach resigns after he was accused of taking $100,000 to get a developer’s daughter in
Bill Barr says he thinks ‘spying DID occur’ against Trump’s 2016 election campaign
Driver deliberately plows into eight people as they waited to cross the street
Biologists find trash in belly of stranded baby dolphin
Pioneering six-minute cornea transplant surgery could spell the end for reading glasses