President once again gushes about his daughter Ivanka in a new profile where he says his unpaid advisor ‘created millions of jobs’ and confirms he considered her for two prominent posts with global reach.

Trump called his daughter a ‘natural diplomat,’ and said he considered naming her both to run the World Bank or serve as the nation’s representative at the , where Nikki Haley’s departure created a vacancy.

‘If I did, they’d say nepotism, when it would’ve had nothing to do with nepotism. But she would’ve been incredible,’ Trump said of of the UN post.

Trump made the claim about his daughter’s suitability for the powerful posts in an interview with the . 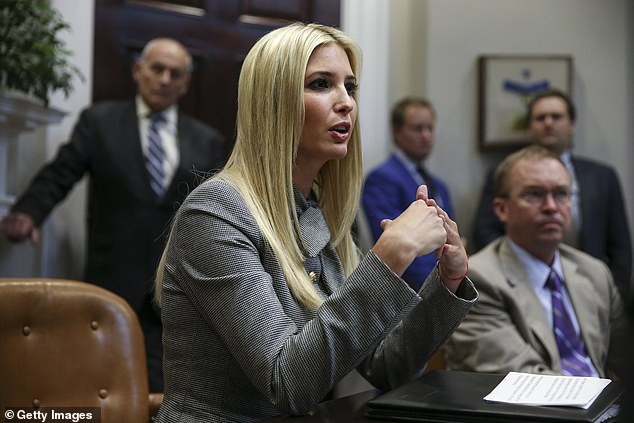 Ivanka Trump, White House senior adviser and daughter of President Donald Trump, speaks during the inaugural meeting of the Presidents National Council for the American Worker in the Roosevelt Room of the White House on September 17, 2018 in Washington, DC. President Trump says she ‘created millions of jobs’

‘She went into the whole helping-people-with-jobs, and I wasn’t sure that was going to be the best use of her time, but I didn’t know how successful she’d be,’ Trump said, highlighting his daughter’s efforts securing corporate pledges to provide job training.

‘She’s created millions of jobs, and I had no idea she’d be that successful,’ Trump said, crediting his daughter for a portion of the job gains during a continued economic expansion during his term.

Trump said the thing that held him back was a belief that others would claim he pushed forward his daughter, whose husband Jared also works as a key advisor, due to nepotism.

‘She would’ve been great at the United Nations, as an example.’ I asked why he didn’t nominate her. ‘If I did, they’d say nepotism, when it would’ve had nothing to do with nepotism. But she would’ve been incredible,’ Trump said. 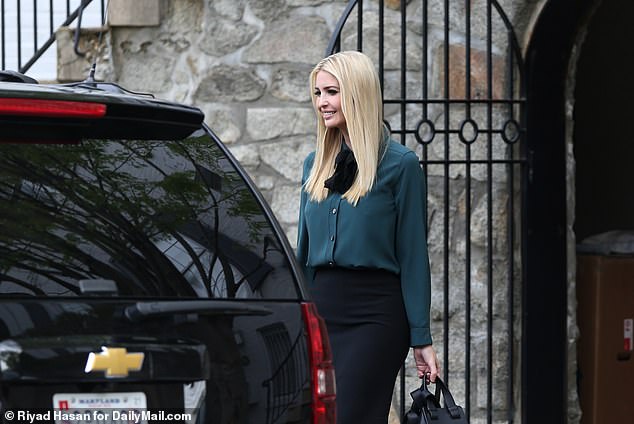 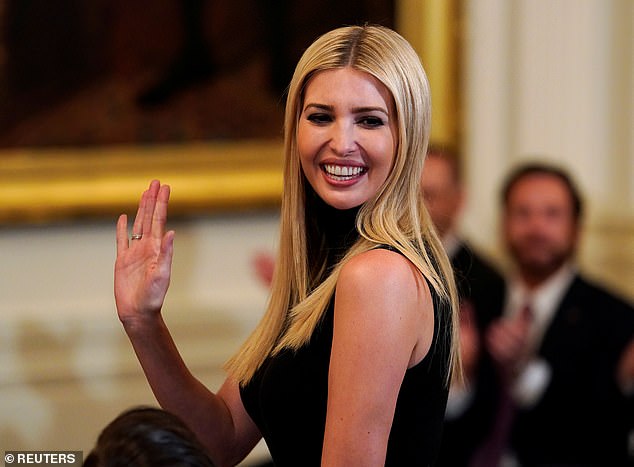 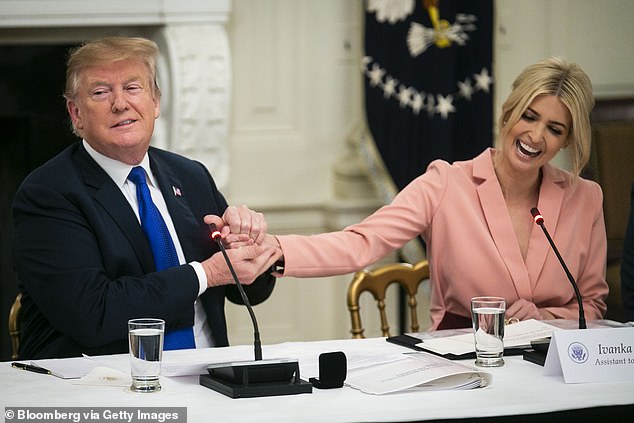 The president sometimes calls his daughter ‘Baby’ in meetings, according to the article 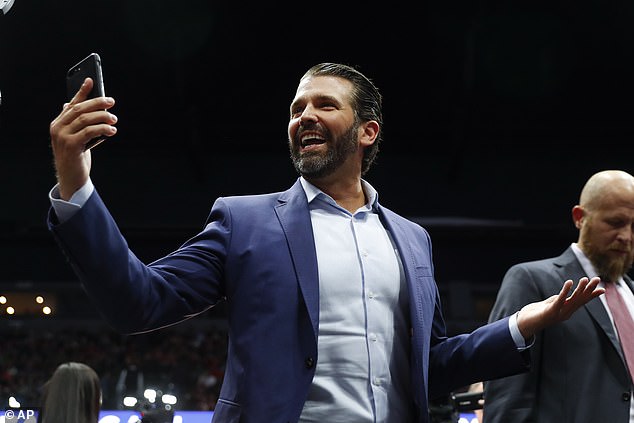 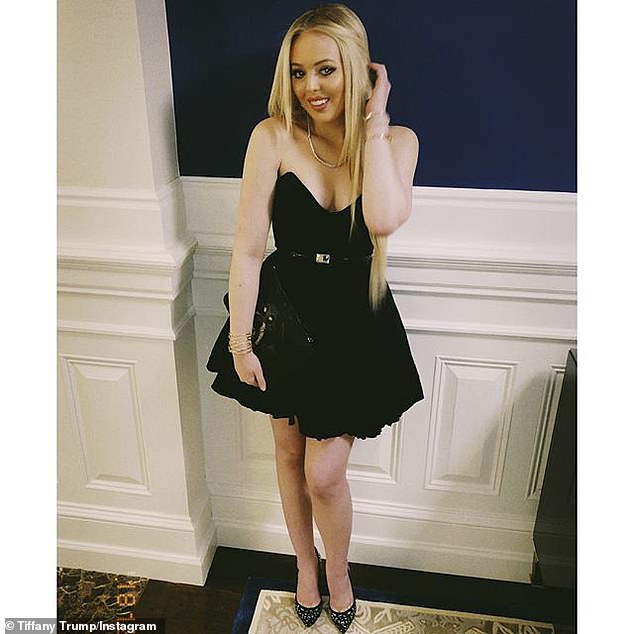 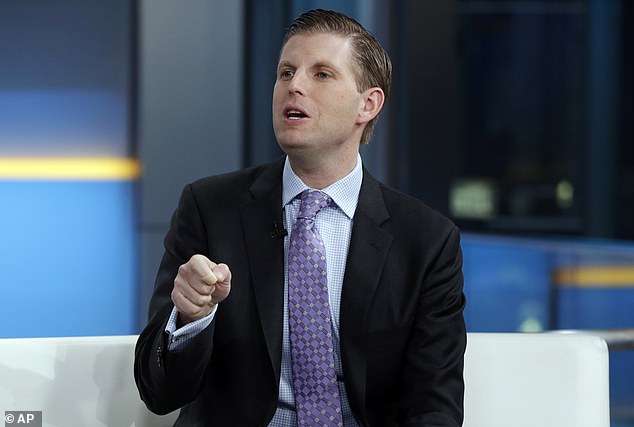 Eric Trump has been running the Trump Organization, along with Donald Trump Jr. and an executive

‘I even thought of Ivanka for the World Bank,’ where the U.S. traditionally gets to put forward a leader. ‘She would’ve been great at that because she’s very good with numbers.’

Trump also discussed other members of his clan.

‘Barron is young, but he’s got wonderful potential,’ Trump said of his child with First Lady Melania Trump.

‘And Tiffany’s doing extremely well,’ Trump said of his daughter, who is a student at Georgetown Law School.

Trump held back when briefly describing Donald Trump Jr., who has been whipping up Trump rallies with speeches and defending his father on Twitter. ‘Don is, uh, he’s enjoying politics; actually, it’s very good,’ he said.

‘And Eric is running the business along with Don, and also very much into politics. I mean, the children—the children have been very, very good,’ Trump said.

Vogue assistant accused of stealing $50,000 from Grace Coddington appears in court
Take a look at the business stories that got us talking this week
Officials think Virginia should stick with railways and roads after checking out Elon Musk tunnel
Kensington Palace chef reveals Princess Diana let a young Harry enjoy his treacle tart for breakfast
OMG! How textspeak 'seriously harms teenagers' ability to develop language and grammar skills'
Sister of Arizona mother, 43, who vanished in Belize says she has 'never been drunk in her life'
FDA authorizes first rapid 'point-of-care' test as total US coronavirus cases tops 20,000
Top New York surgeon warns that the coronavirus infections could peak in 22 to 32 days