As ever, readers can rely on this column to address the really important issue of the day — and this week, the hot news is that the Utley family has at last acquired a new dog! Joy reigns in the household, and Mrs U is in seventh heaven. If I’m to be perfectly honest, I must admit that so am I.

I don’t know if it was coincidence, or if my musings last week on the obstacles put in the way of our quest for a replacement for our beloved Matilda spurred Battersea Dogs & Cats Home into action.

But I’m thrilled to report that no sooner had my column landed on the nation’s doormats last Friday morning than my wife received a call from BDCH, saying that they had reserved what could be the perfect pet for us. Would we like to come round again to meet her? You bet. 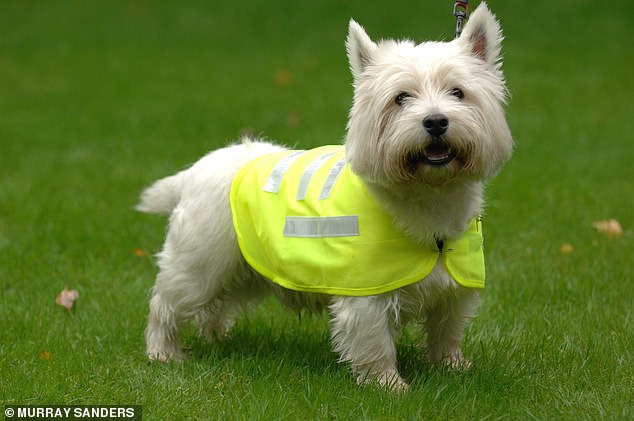 So it was that at midday on Saturday, Mrs U and I presented ourselves at Battersea as arranged, where 40 minutes later we were ushered into a side office like a doctor’s consulting room to be told the history of the puppy the staff had called Mini. We were assured that since she wasn’t yet used to the name, no harm would be done if we wanted to change it. More of that in a moment.

Handed in as a stray a few weeks earlier, we were told, Mini was about five months old and of very mixed parentage. She was highly affectionate, with no obvious bad habits apart from barking excitedly at other dogs on her walks, begging them to play with her.

There was something else we should know. She had been in the wars, poor thing, going down with canine parvovirus shortly after her arrival. This is a horrible illness, sometimes fatal, which affects a dog’s digestive system in hugely distressing ways.

But thanks to her survivor’s spirit and the five-star veterinary care on offer at Battersea (she had pages of medical notes to prove it), she had pulled through and was now 100 per cent clear of the virus and full of beans.

However, it was only fair to warn us that her medical history might make it harder for us to find comprehensive pet insurance. Were we still sure we wanted to see her? Of course we were.

So we were taken upstairs to a large room, looking a little like a playroom in a primary school, except that all the toys were for dogs. We were asked to wait, while our guide went off to fetch Mini.

Minutes later, the door reopened… and there at the end of a lead was the most heart-meltingly adorable little puppy you could imagine. She had a bit of Jack Russell in her, we reckoned, and certainly a bit of dachshund.

If I were being unkind, I would suggest that somewhere in her ancestry she also has more than a smattering of rat. But as soon as she was let off her lead, she bounded up to us, leaping first on to my wife’s lap and then on to mine, licking and nibbling us as if we were her best friends in the whole world. 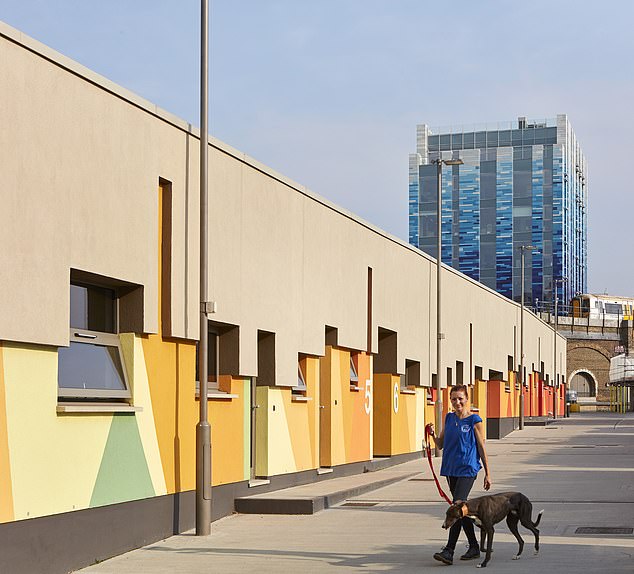 The staff at Battersea Dogs & Cats Home said they had reserved what could be the perfect pet for us, and as soon as we were introduced to ‘Mini’ we knew they were right

Now, look, I know I wrote last week that we wanted a dog that was not so large as to hanker for the wide open spaces our South London suburb can’t supply, but ‘not so small as to be ridiculous’.

With the best will in the world, I have to say she is ludicrously small — and to judge by the size of her paws (a workable guide, the experts tell me) Mini is unlikely to grow much bigger.

It was clear at once why the staff at Battersea had chosen that name. But the moment I saw her, all my reservations about size melted away. Enough to say that within the hour — after a briefing from a vet, completion of the paperwork, microchipping and payment of a sizeable fee — she was ours.

How could we possibly have said no to rehoming her? Reader, I would defy even the most flint-hearted fiend in the country to clap eyes on Mini without falling half in love with her. I write this even though I’ve never regarded myself as much of a dog person — or at least, not nearly such a dog person as Mrs U.

Indeed, there was a time when I would have laughed scornfully over this week’s finding that family pets were the biggest bone of contention in a quarter of all divorces over the past year, with nearly 30,000 cases before the courts involving conflicts over a four-legged friend.

But after less than a week’s acquaintance with our new family member, I’m beginning to understand why some couples put custody of a dog above concerns about the division of property or even access to the children.

To illustrate the point, here’s a shameful truth: in almost 34 years of fatherhood, I can’t remember ever having volunteered to show anyone a photograph of any of our four sons — handsome rogues though they are, every one of them. Yet I’ve been showing pictures of Mini to countless friends and colleagues, whether they ask to see them or not (and many do).

Yes, she has her vices. She chews up the newspapers when I’m trying to read them. Her noisy greetings to other dogs are a pain (though I hope she’ll behave less exuberantly when she’s more used to socialising on our daily walks).

Not yet house-trained, she answers the call of nature absolutely anywhere except on the ‘Go Here’ puppy pads I’ve put down for her.

But we’re working on that, too, diligently following the five-point guide to house-training helpfully provided by Battersea.

Worst of all, Mini is so minuscule that we found she could wriggle through the tiniest gaps in our fence (though, thankfully, the neighbours who kept having to hand her back are as besotted with her as we are).

So it was that I spent all of Tuesday in the rain, crawling through the mud behind Mrs U’s roses, being lacerated by thorns and with water dripping down my neck, sealing up every conceivable escape-route with garden mesh.

There’s no denying she’s a handful, as demanding as any child. One way or another she seems to occupy almost every waking moment of my life now that I’m four-fifths retired and her main carer. Let’s just say that any pangs of empty nest syndrome I may have felt when our youngest boy finally moved out a fortnight ago evaporated the moment she arrived and made herself at home.

As for that name, opinion in the family is sharply divided. I quite liked Minnie (I felt we should spell it like the actress Driver, not the car), but Mrs U is not so sure. Our Liverpool-mad third son wants to call her a female version of Jurgen — after manager Klopp — if there is such a thing. Our 16-month-old grandson favours Cally Road, but that’s only because he’s developed an obsession with stations near his home on the Piccadilly Line.

My suggestion of a compromise — calling her Cally, but on the strict understanding that this would be short for Calliope, the Greek Muse of epic poetry, and not Caledonian Road Underground station — has not gone down well.

The thought occurred to me that we could throw the matter over to readers, in a People’s Vote. But I rejected that idea, too, thinking I wasn’t prepared to call her anything as undignified as, say, Puppy McPuppyface.

The upshot is that I’m convening an Easter summit of the family to break the deadlock, with perhaps a series of indicative votes to sound out any common ground. I’ll report back in due course.

As dog-lovers all over the country will surely understand (and huge thanks to the dozens who have sent me kind messages and advice since last week), I find it impossible to believe that anything more important may be going on in the world.

Base jumper, 27, whose parachute failed to open after cliff jump tells of horror as he fell
One little prang that led to 100 nuisance calls
Green Book: Family of black pianist who ‘inspired’ film slam Oscars win
Bully grabs schoolgirl by the hair then punches, kicks and drags her along Haringey pavement
Suspect hangs from a church window like a piñata while cop beats him with a broom stick
Boy, 17, is stabbed in the chest after a dispute
The Good Food Guide reveals third of UK favourite restaurants are budget £30 and under
Corbyn compares slaughter of 176 people in plane crash in Iran to US strike that killed Soleimani