But despite finding himself in the headlines for all the wrong reasons, the 34-year-old former cricketer put on a brave face with his fiancée at a Huawei smartphone launch in Sydney on Thursday.

In the couple’s first public appearance since the shock claims surfaced, Cameron and Jules put on a united front as they posed together on the red carpet. 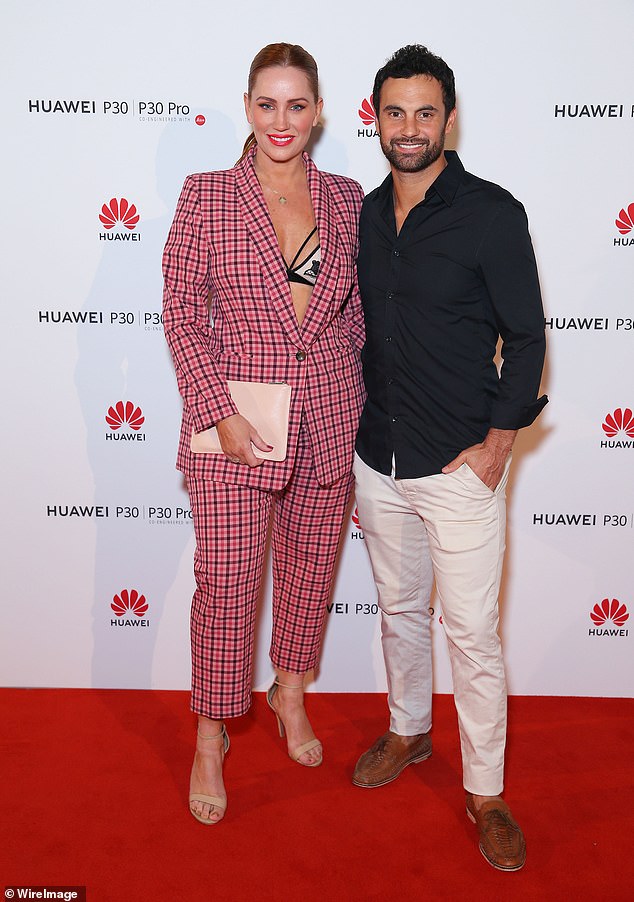 What scandal? MAFS’ fan-favourite Cameron Merchant (right) was all smiles at a phone launch on Thursday after claims he dumped his long-term girlfriend ‘one week’ before marrying Jules Robinson (left) in September last year

Cameron was all smiles and even planted a kiss on Jules’ cheek as the camera flashes lit up the room.

He looked sharp in a black shirt, chinos and boat shoes, while fashion-forward Jules, 37, opted for a red checkered suit that offered a glimpse of her bra.

Showing no signs of strain, the redheaded business owner placed her arm around Cameron as they posed for photos by the media wall. 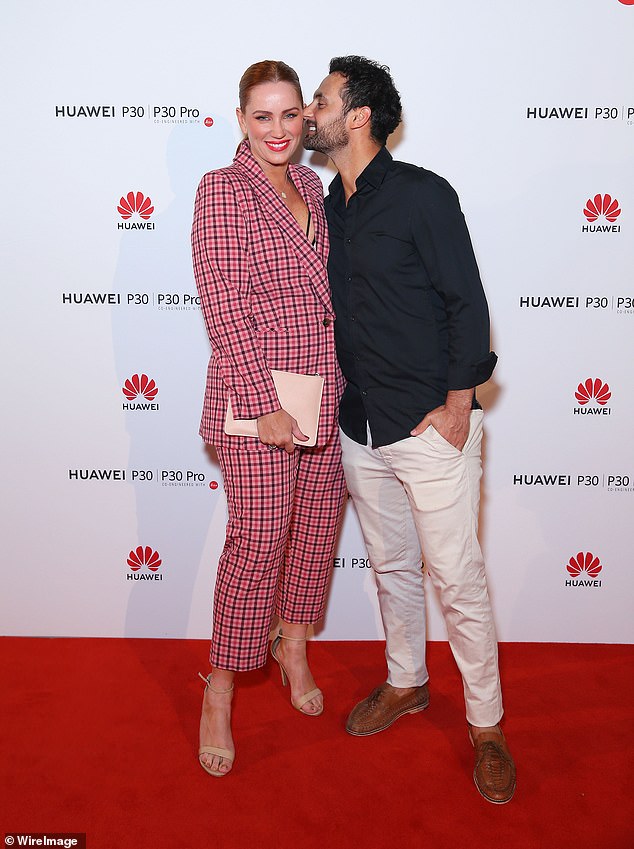 True love: In fact, Cameron, 34, looked like the cat who got the cream as the sidled up next to Jules at the Huawei P30 Series smartphone launch in Sydney

On Thursday, friends of Manly-based Tina Ciccio claimed on Facebook that Cameron broke her heart near the start of September 2018, before his wedding to Jules on September 20.

It was alleged that Cameron was approached by MAFS producers to take part in the controversial social experiment in August, and then split up with Tina before being fast-tracked onto the show.

Tina, 30, who was overseas when Cameron was scouted in August, is said to have only found out he left her to go on the show when he was featured in the adverts for the Channel Nine reality series. 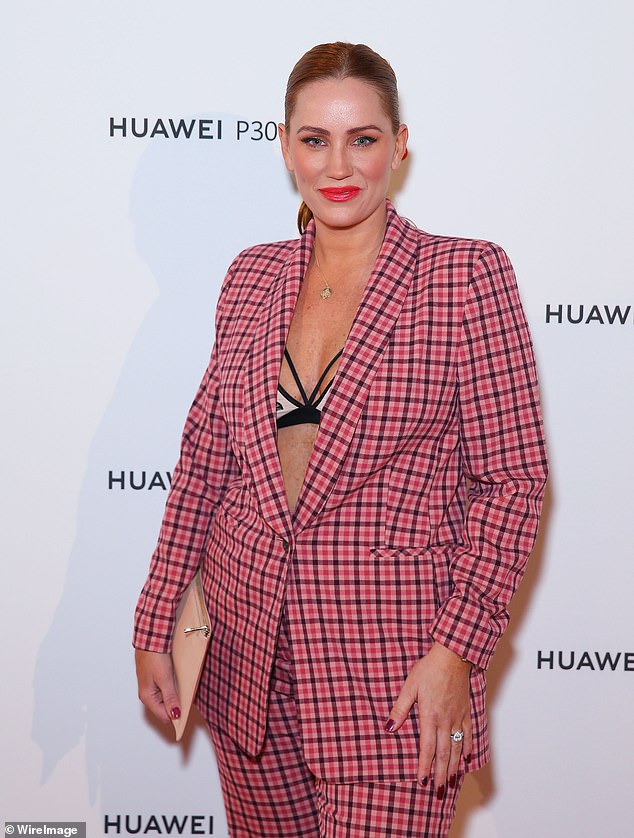 Check me out! Showing no signs of tumult, the redheaded beauty looked equally happy to be by her fiancé’s side at the tech event

One of Tina’s friends wrote on Facebook: ‘[Cameron] never told her why they broke up, she only found out when they started putting his ugly mug all through the magazines in prep for the show.’

Another friend added: ‘It was heartbreaking for a friend of mine who found out [he dumped her for MAFS] a fortnight before the show went to air.’

On Thursday,  also made similar allegations that Cameron ‘ended his relationship’ in order to appear on the show. 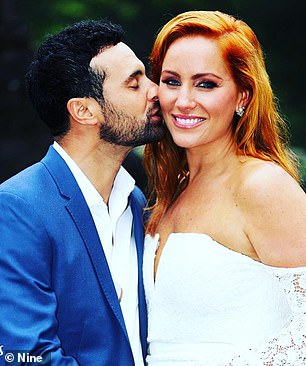 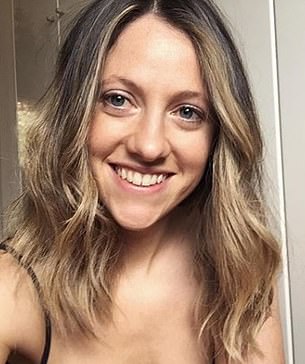 Love is a battlefield: Cameron allegedly ‘dumped his long-term girlfriend Tina Ciccio (right) just one week before his wedding’ to Jules (left)

Interestingly, Cameron had ‘liked’ many of Tina’s uploads during her trip New York in August – but stopped interacting with her when MAFS started filming.

A source close to Cameron confirmed to Daily Mail Australia he was in a relationship with Tina before appearing on the show.

As the claims from Tina’s friends circulated across social media this week, it appears that Cameron has now unfollowed his alleged ex. 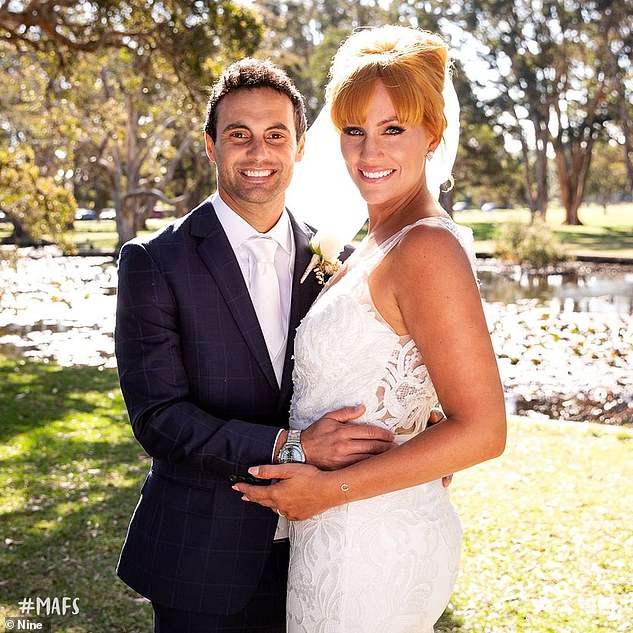 Scandal: Tina, 30, who was overseas when Cameron was scouted in August, is said to have only found out he left her to go on the show when he was featured in the adverts for the Channel Nine reality series. Pictured: Cam with Jules

On Wednesday, Cameron told Daily Mail Australia: ‘I was single when I entered the experiment’ and said any claims he wasn’t are ‘fabricated and categorically untrue’.

When asked if he ended his relationship with Tina in order to appear on the reality show, Cameron failed to respond.

In his first episode of MAFS, Cameron claimed he’d been single ‘for six years’ after splitting from the ‘love of my life’ due to work. 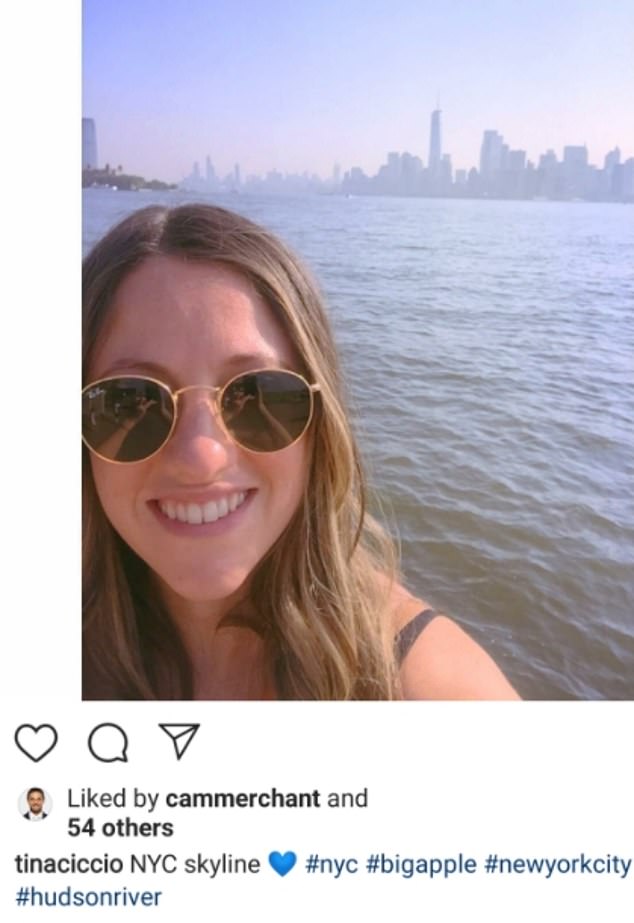 Sudden change of heart? Interestingly, Cameron had ‘liked’ many of Tina’s uploads during her trip New York in August – but stopped interacting with her when MAFS started filming

‘Now I know what my priorities are that I can give to a wife and a partner,’ said Cameron before exchanging vows with Jules on the show.

Following their TV wedding, the duo have become one of the show’s most successful couples ever to come out of the series.

During their final vow ceremony, Cameron proposed to the red-head and the couple are now planning their real wedding for the one-year anniversary of when they met.

Jules went on to reveal her plan to be ‘pregnant this time next year’. 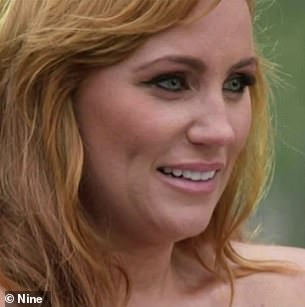 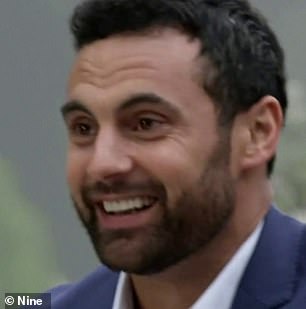 True love? After ‘marrying’ Jules on MAFS, the couple have become one of the show’s most successful couples ever to come out of the series