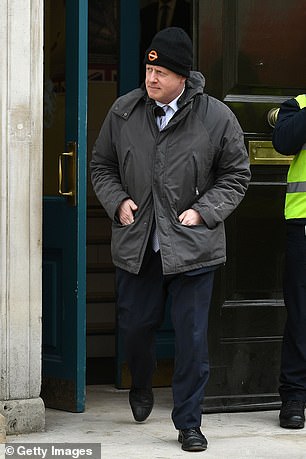 Senior members of the DUP have held talks with as pressure grows for to quit as Prime Minister.

DUP leader Arlene Foster and her deputy Nigel Dodds met Mr Johnson and his campaign team for 40 minutes in the Commons on Wednesday.

The DUP has already warned Mrs May that its ‘confidence and supply’ arrangement which props up the Government is due for renewal at the end of the parliamentary session, which is scheduled for June.

Wednesday’s meeting between Mr Johnson and the DUP was the latest such encounter between the Northern Irish party and candidates looking to succeed Mrs May, according to .

Mrs Foster refused to say if she had confidence in Mrs May yesterday when probed on the issue after a meeting in Brussels with Michel Barnier, the EU’s chief negotiator.

‘The confidence and supply agreement we signed is with the Conservative Party and whoever the leader of that party is we will work with,’ she said.

Mrs May’s decision to accept a compromise six-month extension to Britain’s EU exit on Wednesday night has drawn sharp criticism from Tory Eurosceptics and prompted questions about how long she can stay in power. 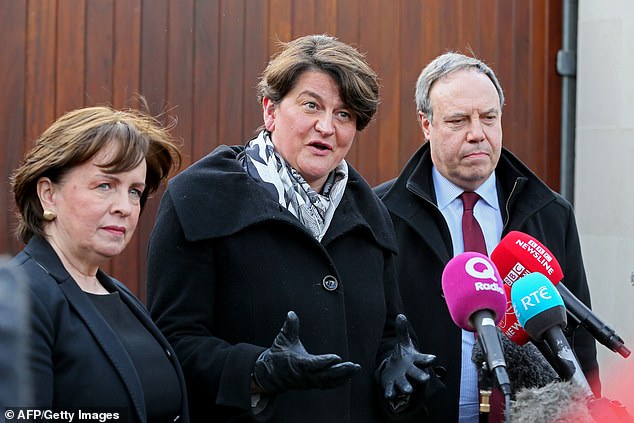 Former Brexit secretary David Davis insisted that no progress had been made in Brussels and that pressure on Mrs May to quit as PM will increase, telling the BBC: ‘I think what is likely to happen is the pressure for her to go will go up.

‘The pressure on her to go will increase dramatically, I suspect, now.’

Leading Tory Brexiteer Jacob Rees-Mogg criticised the latest delay after the UK was originally scheduled to quit the bloc on March 29 and said there is ‘some symbolism’ in the new Halloween Brexit date.

He said: ‘I thought the Prime Minister said a few weeks ago that she wouldn’t agree to any extension and now we are getting quite a long one.

‘I don’t think it’s a good idea and it is not delivering on the referendum result.

‘People expected to leave on March 29 and here we are heading towards Halloween. There’s some symbolism in that I think.’

Environment Secretary Michael Gove declined to answer questions on whether there would be a challenge to Mrs May for the Tory leadership before the new Brexit deadline. 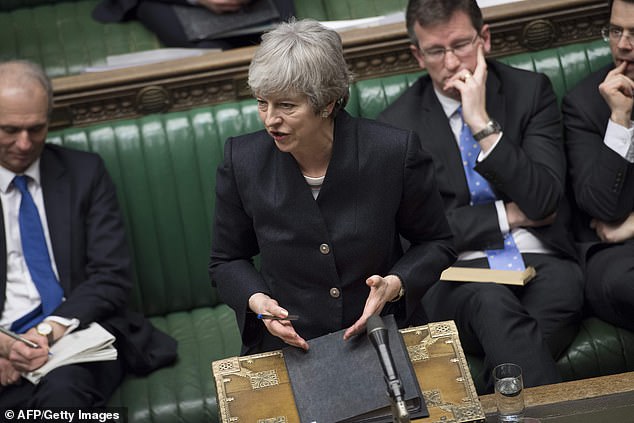 Meanwhile, Commons Leader and prominent Leave backer Andrea Leadsom played down speculation that the latest delay could mean the end of Brexit.

She said: ‘We have to use this time to make sure that we deliver the Brexit we are all looking for, that we work closely with the EU and that they are genuinely helping to make sure we do deliver on the referendum – there won’t be any changing our minds about that.’

Senior Government sources have repeatedly stressed that the PM intended to stand by her promise to the Tory 1922 Committee of backbenchers to stand down once the first phase of Brexit negotiations are complete.

Georgie Parker admits she ‘picked and chose’ gender characteristics as a young woman
Four schools in Newham are closed after false widow spider infestation
EU threatens to torpedo May's Brexit deal as she sweeps into Brussels
Ebola spreading at its fastest rate yet in Democratic Republic of the Congo
Fire breaks out on balcony of flat block opposite Grenfell Tower
Volkswagen launches £30,000 electric ID.3 with a 260-mile range
PM does deal - now for 36 hours of frenetic phonecalls and promises to get it through the Commons
The House of Fools: MPs subjected us to more agonising Brexit delay