A mother has captured the heartwarming moment a Southwest flight attendant helped tend to her 19-month-old daughter before their plane took off from on Sunday.

Giving the exhausted mom a break, Jessica cradled Brittain in her arms as she made her way down the aisle of the aircraft while closing overhead lockers. 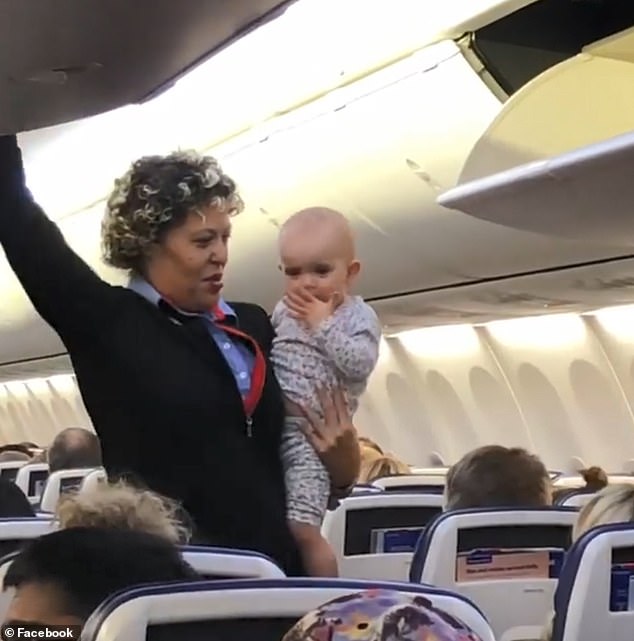 Clearly possessing a natural touch, Jessica talked animatedly to the baby who was instantly put at ease.

In the clip, the adorable toddler even blew kisses and waved to fellow passengers, who waved back excitedly.

Blum shared the video on Facebook and it has already been viewed thousands of times.

Many people left comments including one woman who wrote: ‘I was on this flight… I asked the flight attendant how she got so lucky.  She replied ‘Pretty cute carry-on, right?’ Made my 14 hour day of travel sweeter!’ 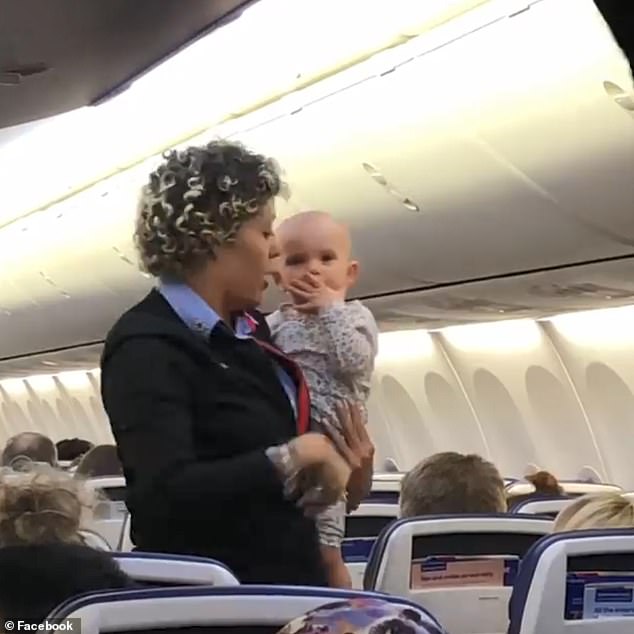 Baby Brittain was clearly put at ease by the caring Southwest employee, smiling and blowing kisses 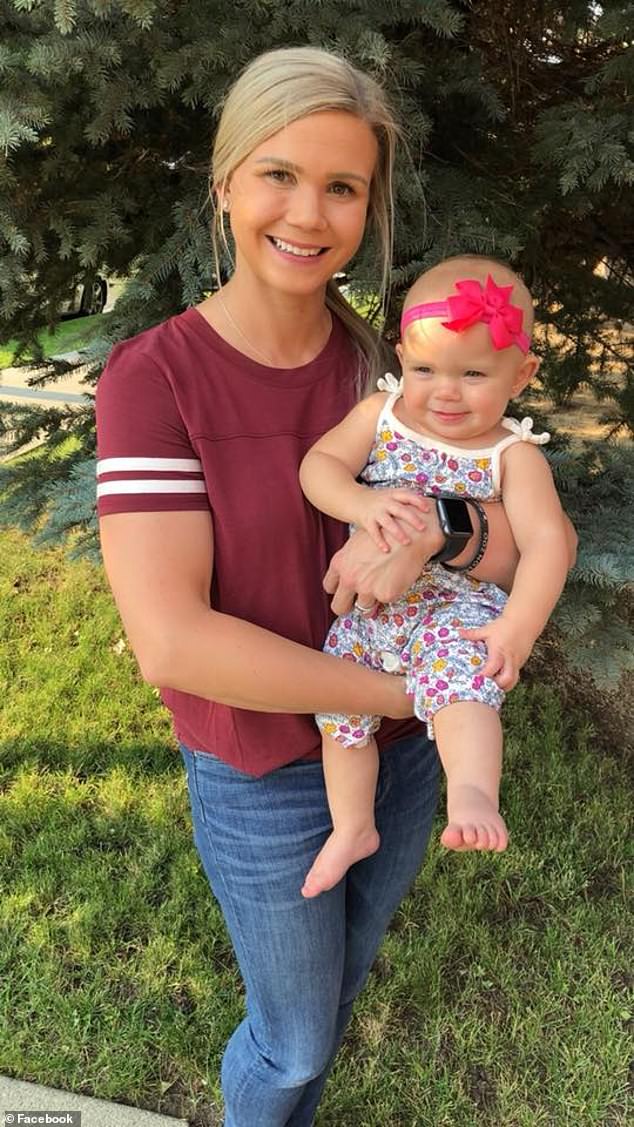 Elementary school teacher Blum was travelling home to Reno with baby Brittain after spending spring break with family in Texas.

The mom flew out of Austin with her toddler, before a layover in Las Vegas.

Tired out from cross-country travel, Blum was delighted when Jessica decided to help take her restless toddler off her hands as they prepared for the final leg of their journey.

Blum told that Jessica reached for Brittain saying: ‘Come here, baby. I got her, Mama. You go sit down.’ 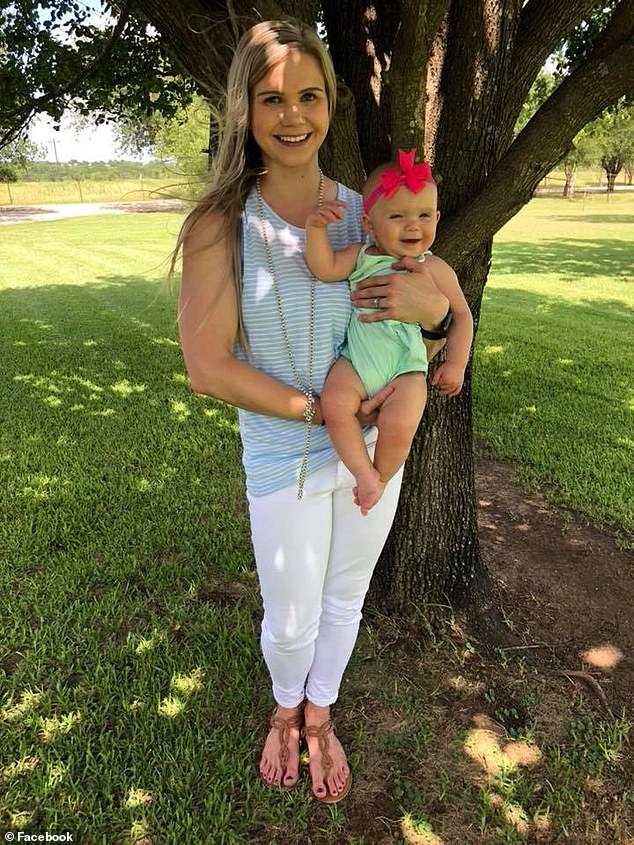 Brad Pitt PICTURED: Star heads to legislation workplace amid bitter custody battle with ex Angelina ...
Former university baseball star, 25, hailed a hero after landing plane on California freeway
'President Trump is Saudi Arabia's b**ch': Hawaii Rep SLAMS Trump
Police investigating after father kicks his son and appears to threaten to throw him over balcony
Patriots star Tom Brady reminds everyone he was taken in the sixth round of the 2000 NFL Draft
Anorexia survivor, 20, THANKS teenagers who made pig noises at her after she gained weight
Marine goes viral as he shows off tattooed chest in shirtless merman photo shoot to make pals laugh
Brexit extension granted: EU gives UK delay to January 31