Singing sensation Gloria Estefan has insisted she doesn’t have any special tips for achieving a lengthy marriage.

The 61-year-old star – who has been married to husband Emlilio, 66, for 40 years – said on Wednesday’s Good Morning Britain: ‘There’s no secret.

‘[Emilio] would tell you “just say yes to your wife for everything she says” which is obviously not true!’ 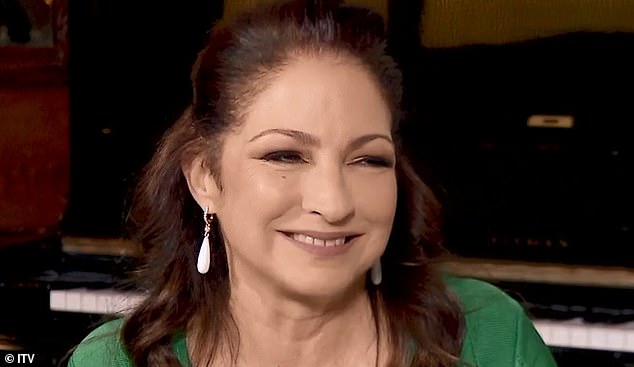 Singing sensation: Gloria Estefan has insisted she doesn’t have any special tips for achieving a lengthy marriage

Of the first time they met, she recalled: ‘He walked in with an accordion in shorts, I thought he was naked, you couldn’t see…’

The Cuban-American star stole the show at the Olivier Awards at the weekend – and, ahead of returning to London, she explained how much she was looking forward to the food.

In town to also launch On Your Feet: The Story of Emilio And Gloria Estefan, which will play in the West End this summer, she admitted she is a big fan of British cuisine.

She’s quoted by the newspaper as saying: ‘Bread sauce, where have they been hiding this sauce? I love steak and kidney pie and lots of other things I haven’t been able to eat because I’ve been on a diet. 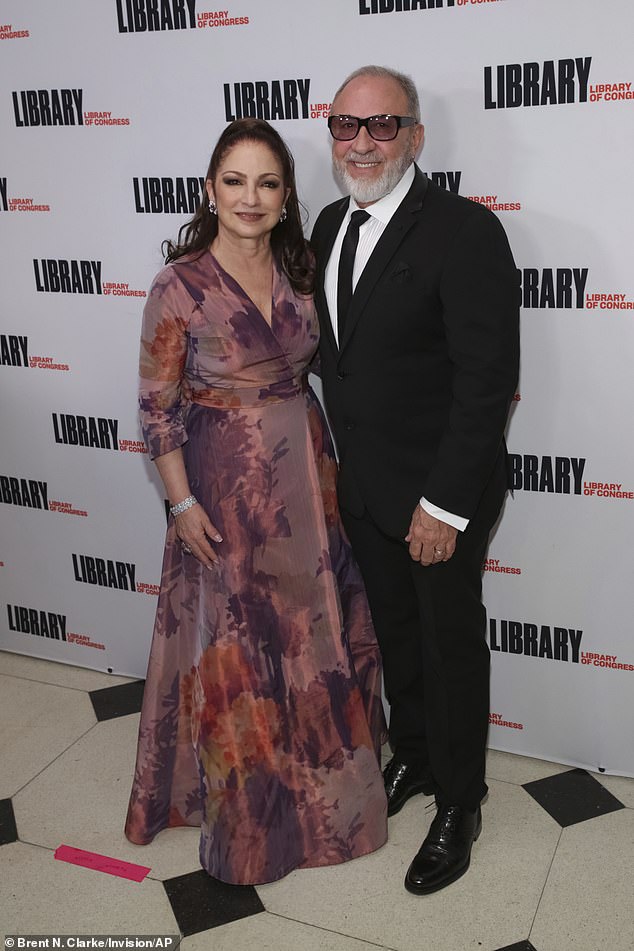 Proud: Gloria was showcasing her ageless beauty last Wednesday, as she and husband Emilio were honoured with the Gershwin Prize in Washington

‘But bread sauce, I looked it up, how to make it, as I’m going to make it for my family for Thanksgiving.’

Gloria’s musical has already proven to be a huge hit on Broadway in the US, and she is excited to bring it to the UK from June 14 to August 31 at the London Coliseum.

She still has happy memories of coming over to the UK in the 1980s and 90s, but she joked she’s still frustrated over her 1985 hit Conga.

She added: ‘Conga was released at the same time a group called Black Lace released a song called Do The Conga. Black Lace did a number on us.’ 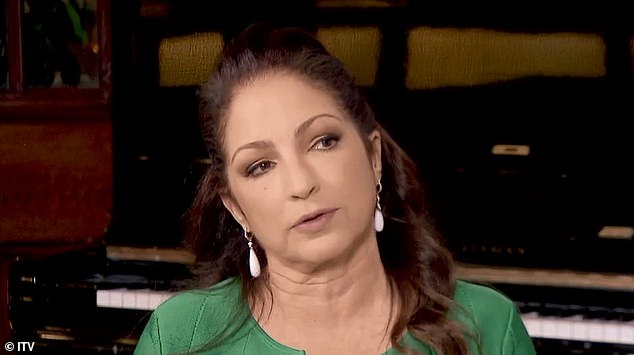 The 61-year-old star – who has been married to husband Emlilio, 66, for 40 years – said on Wednesday’s Good Morning Britain: ‘There’s no secret’

Ageless: The Cuban-American star stole the show at the Olivier Awards at the weekend

The song – which broke into the top 10 in the US Billboard Hot 100 and was a huge hit around the world – only peaked at 79 in the UK, while Black Lace’s popular track reached number 10.

Gloria’s song will feature in the musical, which looks at her career and 40 year marriage to Emilio.

The couple met when she started singing in his band The Miami Sound Machine in 1976 and after falling in love they tied the knot in September 1978 and have been together ever since.

The Dr. Beat songstress – who has two adult children with Emilio – believes the fact the pair are always laughing together is why they romance has endured for such a long time.

She previously said: He has left places forgetting I am with him and he always gets names wrong. Do you know what he calls the queen of soul? ‘Urethra Franklin.’ He keeps me laughing and that’s why we’ve lasted 40 years.’ 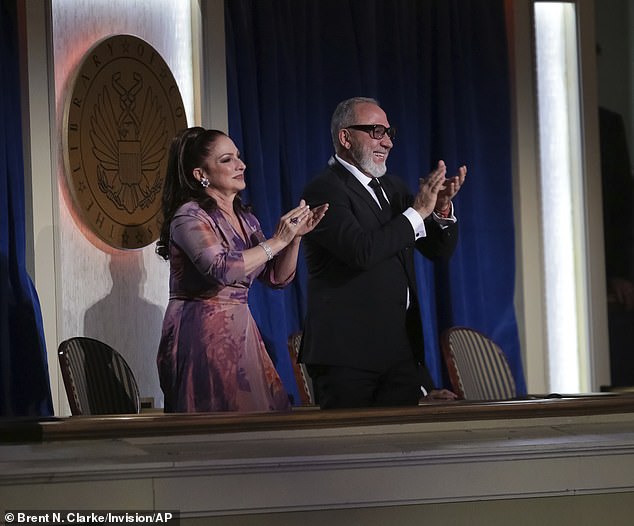 Thrilled: She and her 66-year-old husband were being honoured for their lifetime contribution to the music industry last week