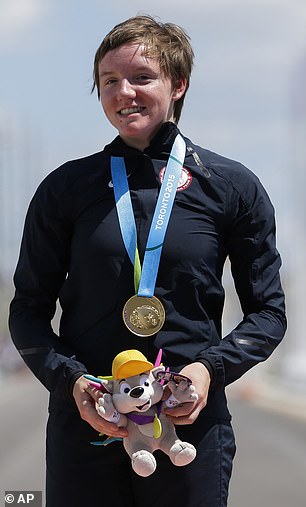 Kelly Catlin poses after winning the women’s individual time trial cycling competition at the Pan Am Games in Milton, Ontario. She committed suicide in March

Cycling world champion Kelly Catlin hated being hugged and pledged to herself that she would never have a boyfriend or get close to anyone, devastating notes from before her suicide aged just 23 reveal.

The track cyclist, who was part of the US team pursuit squads that captured world championship titles in 2016, 2017, and 2018, spiraled after a concussion according to her family who have since donated her brain for research into head trauma.

She is also said to have acknowledged not having many friends and her family said that, like her siblings, she did not like to be hugged.

Sister Christine told  that for her sibling seeking therapy meant she was weak. She is said to have told her brother she thought she was going insane.

Colin said: ‘It’s not that she didn’t want friends. It was just a matter of priorities. And her priority was to be successful and respected.’

She committed suicide at her on-campus residence at Stanford University in Palo Alto, California last month.

In January, just before her first suicide attempt, she wrote: ‘What is it like to no longer have a mind? It is unimaginable. Terrifying.’

In a note written in third grade she pledged to herself that she would never have a boyfriend or get close to anyone.

The message read: ‘Fear not physical discomfort. Never love. Never engage in a relationship that could be defined as having a significant other. (In my case, a so-called “boyfriend.”)

‘Never allow yourself to become close enough to another that their actions or inactions might cause you (any amount of) distress or pain. If kindness and gentleness are at all an option, they are the only option.’ 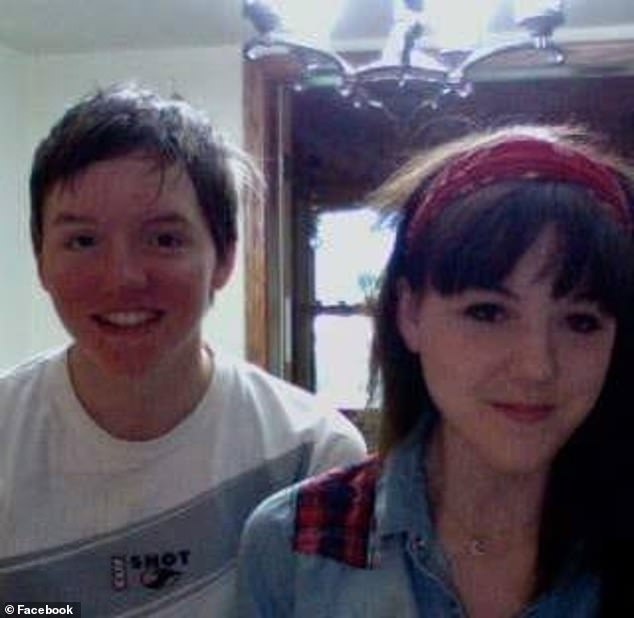 Kelly pictured with her sister Christine, who told The New York Times that for her sibling seeking therapy meant she was weak and said she was ‘so obsessed with success’ 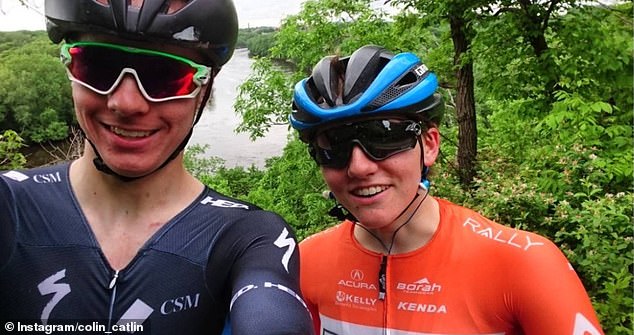 Kelly reportedly told her brother, pictured together here, she thought she was going insane. He said ‘cycling kept her mind focused’ but she also liked to win 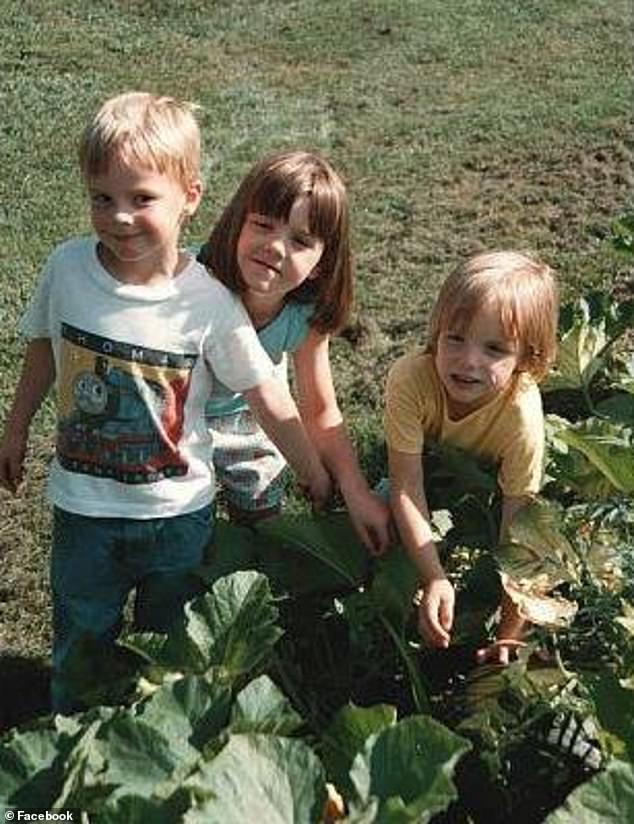 In a note written in third grade Kelly pledged to herself that she would never have a boyfriend or get close to anyone Pictured: Triplets Colin, Catlin, and Christine in a family photo

Catlin’s family has previously said they believe a concussion she sustained in December may have resulted in neurological changes to her brain that led to depression and her eventual suicide.

As they searched for answers surrounding her tragic death her family found a note from Kelly which read: ‘What do you wish to know?’

Her mom Carolyn Emory said; ‘You think you know your children but there was so much about Kelly, especially this secret personal code she lived by, that was startling to me in the end. She was very private.’

Her dad, Dr. Mark Catlin, is said to blame several factors, including her drive for success-at-all-costs, too much training and stress, as well as the concussion after a training ride in early January.

That left her with a ‘profound apathy and she didn’t care about winning medals anymore’, her dad said.

Kelly only began competitively cycling at age 17, but quickly shot to fame. She was a member of the US team that won world championship titles in 2016, 2017, and 2018.

Catlin, who grew up in Arden Hills, Minneapolis, was also on the four-person US women’s team that claimed silver at the 2016 Rio Olympic Games.

In the midst of all of this, she was pursuing a graduate degree in computational mathematical engineering at Stanford.

Last year, she graduated from the University of Minnesota with undergraduate degrees in biomedical engineering and Chinese.

She had written about how juggling studies with cycling was ‘balancing knives’. 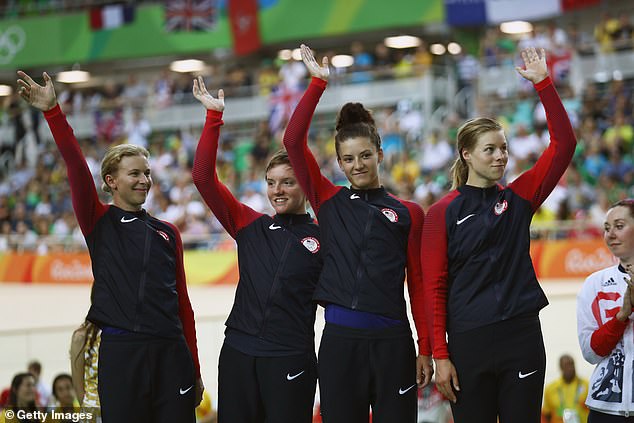 Catlin (pictured second from left) helped the US women’s pursuit team win the silver medal at the 2016 Rio games. Her brain has been donated to the BU-CTE Center, which has studied CTE linked to repeated head blows in several former football players’ brains 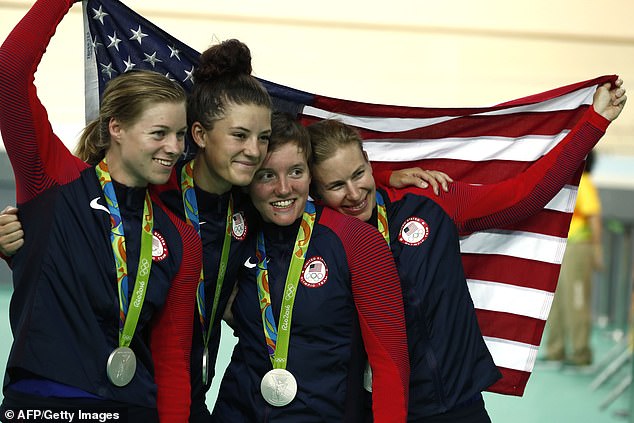 Kelly was also pursuing a graduate degree in computational mathematical engineering at Stanford. Pictured, left to right: Silver medalists Jennifer Valente, Chloe Dygert, Catlin and Sarah Hammer pose with a flag and their medals during the 2016 Rio Olympic Games

Sister Christine said she was ‘so obsessed with success’, adding: ‘Our parents always told us that we could be great at anything we wanted to, if we worked hard enough.

‘Looking back, maybe we kind of twisted that into thinking we weren’t worth anything if we weren’t the best. I think Kelly believed that.’

Christine wrote a note for her sister to be buried with at read: ‘Kelly, if I could trade my life for yours, I would. I love you without all your accomplishments.’

Her parents told The New York Times she grew socially awkward as she got older and would refuse to take a break from things she found difficult.

Brother Colin added: ‘She liked that cycling kept her mind focused, but I think she liked it most when she started winning everything.’

In a note she wrote she had a ‘phenomenally powerful fear of social embarrassment’. 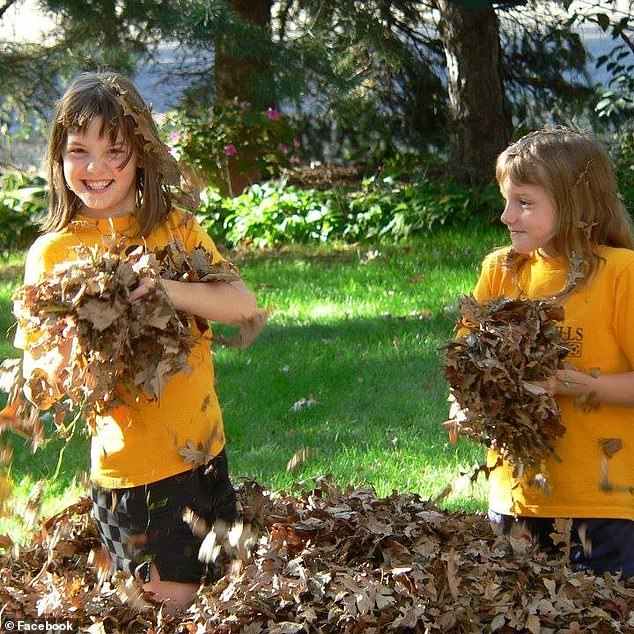 Her family say they continued to check on her following her first suicide attempt and she assured them she would not attempt suicide again.

The Santa Clara County Medical Examiner’s report ruled her cause of death as suicide by asphyxia and she was buried in Minneapolis on March 23 wearing her US team uniform for the Rio games.

For confidential support call the National Suicide Prevention Line on 1-800-273-8255.

For confidential support, call the Samaritans on 116123 or visit a local branch. See www.samaritans.org for details.